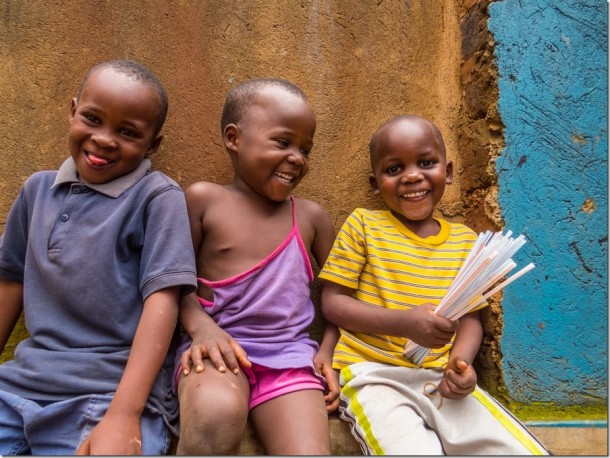 Tanganyika — now called Tanzania — is one of the oldest known inhabited places on the planet, with evidence of humans and pre-humans dating back millions of years. With a history of that length, it is almost guaranteed that something incredibly odd would have happened there.

These were heady times for the nation on Africa’s east coast: the country had only received its independence from Britain a few weeks previously, and it had yet to merge with Zanzibar to form the modern nation of Tanzania. Perhaps the joy of independence or the stress of what the future might hold was just too much. No one, it seems, will ever know for sure what the root cause of the epidemic was.

The Tanganyika laughter epidemic of 1962 was an outbreak of mass hysteria – or mass psychogenic illness (MPI) – rumored to have occurred in or near the village of Kashasha on the western coast of Lake Victoria in the modern nation of Tanzania (formerly Tanganyika) near the border of Uganda.

Tanganyika Laughter Epidemic of 1962, the Purdue University linguistics doctorate candidate began researching the mythicized event that claims to have paralyzed numerous towns for months while residents were consumed with insatiable laughter. But this yearlong plague of the giggles is no laughing matter. At this month’s International Society for Humor Studies Conference at Northeastern Illinois University, Hempelmann —  Christian Hempelmann is Assistant Professor of Computational Linguistics in the Department of Literature & Languages. He received his Ph.D. in Linguistics from Purdue University in 2003 with a dissertation on the computational phonology of puns — argued that it was extensive stress, not bliss, that victimized thousands of residents in the African village. And in today’s world of terrorism and 12-hour workdays, he said it could happen again.

According to reports, the laughter was incapacitating when it struck. General pain, fainting, respiratory problems, rashes, crying bouts, and random screaming were all common traits of those affected. By the end of the epidemic 14 schools were shut down and over 1,000 people had been afflicted, but no known deaths reported. To this day, scientists do not have an explanation for this one-time epidemic that occurred in Tanzania.

What is the popular concept of what happened in Tanganyika in 1962?

It started in a little boarding school in the village of Kashasha in what is now Tanzania, Africa. There was an initial event of laughter by a small group of students, possibly due to a joke. Eventually, the whole school was affected by the laughter by contagion. People take this at face value. One person laughs, then another person laughs, then it spreads like an avalanche. So when parents picked up their children from school, they started laughing. Then it spread to other villages, and so on. And depending on where you read about it, the laughing epidemic lasted for anywhere from six months to a year-and-a-half. The original report on the event has been misquoted and exaggerated, answered Christian F. Hempelmann’s.

The laughter was not prompted by a joke or silly event, or, really, anything. It just seemed to spread haphazardly much like a virus. And it was not a simple “hah” here or there. Those struck with the giggles laughed for hours on end, and some were laughing for days. In total, according to researcher Christian F. Hempelmann – he believes that the Tanganykian children were under a lot of stress — more so than most typical students — and the laughter epidemic was a byproduct of this and a lack of another outlet for that stress.

The best explanation is  hypothesis was a form of Mass Psychogenic Illness (MPI) – otherwise known as mass hysteria – most likely brought about by tainted food sources. That all those affected were isolated to a single area supports this theory, although the fact the laughter epidemic only appeared to affect children and not adults has researchers stumped.

What caused the epidemic to abate? That, too, is a mystery. As suddenly and inexplicably as the laughing contagion began, it ended.