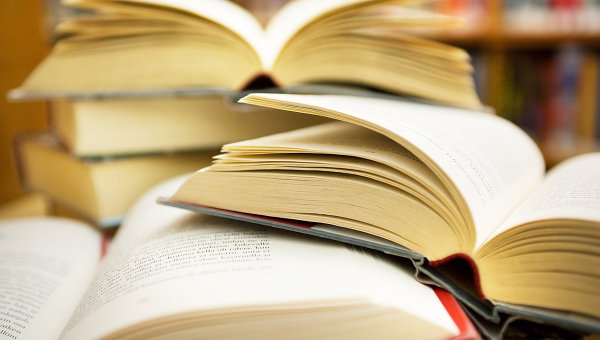 Charles Dickens, with his messages on the social inequalities within different classes and the differences and similarities between the classes, are still relevant today and show great importance in 19th century Britain also, as seen in his novels ‘Great Expectations’ and ‘Hard Times’.

Both ‘Great Expectations’ and ‘Hard Times’ both asked one main question: Are the Upper Class really superior in all ways to the Working Class? The answer, in one word, is no! Characters such as Miss Havisham and Estella in ‘Great Expectations’ emphasise the destruction to society with their scheming ways to destroy the lives of all men and boys, after Miss Havisham’s ironic husband-to-be, convict Compeyson jilted her many years ago at the altar. In the huge twist, Dickens unravels the false pretense of Miss Havisham’s high sense of morality and stature within society, after it is revealed that she only ever adopted Estella to plant her revenge on all males, such as the humble, Working Class Philip ‘Pip’ Pirip. Miss Havisham lures him to her house and forcefully makes him fall in love with Estella, only for her to abandon him in the near future. Here, the true message of Dickens is explored, yet not clearly in one particular phrase, but instead in the irony and stupendous nature of Miss Havisham’s character. Her house, ‘Satis’ House, is Latin for satisfied, yet not once in the novel is she ever content with her ruthless mission. Also, throughout the novel she portrayed herself as above the Working Classes in every way, yet it was the lowest of all classes: Criminals, that sparked Miss Havisham’s insanity.

Furthermore, the Upper Class are never shown to be truly happy, seen in Pip and his monetary growth, where he moves to London and loses his humble roots and innocence provided by his brother-in-law Joe Gargery, as well as previous convict Magwitch, who gave him the money to better his life. He becomes distant, short-tempered and greedy, just like the rest of the Middle and Upper Classes are shown to be. Therefore Dickens’ message on class becomes extremely relevant and thought-provoking.

Similarly, in ‘Hard Times’, the Upper Class and their immorality and disregard to be decent human beings is shown clearly. Strict teacher Mr Gradgrind imposes the strict philosophy onto his children Tom and Louisa, as well as the rest of his students, that facts are the most important thing in life, and creativity and fantasy mean nothing at all. In essence, he ruins their lives, with Tom eventually becoming a gambler and compulsive liar, and later forces Louisa to marry the rich Mr Bounderby, to aid his gambling addiction, only for her to become severely depressed in a loveless marriage. In this instance, Dickens is trying to show us that the Upper Classes do not and cannot show empathy or love to one another, whilst the majority of the Working Classes are free to express themselves, such as Sleary’s Circus: a town circus who lighten up the dreary industrial Coketown with their happiness, seen clearly in Sissy Jupe’s character. Compared to Estella, she may be much worse off financially, but she has family, support and most of all love, whilst Estella will only grow up with a large inheritance and will know the facts of life.

Dickens wanted to show however that it was not always the case that the Working Classes were content and supportive, seen clearly in the character of Mrs Joe Gargery, Pip’s sister/carer in ‘Great Expectations’. She constantly beats both Pip and Joe, and makes their life a misery. Mrs Joe, despite being Working Class, only ever wants to better herself with financial growth, and even goes so far as to force Pip to take on Magwitch’s offer to move to London and be with Estella, whilst only thinking about her own gain. In ‘Hard Times’, the poor character of Stephen Blackpool is too never happy or content, but for different reasons that Mrs Joe. He has to deal with an abusive, controlling and alcoholic wife who never shows any sympathy or love towards him, whilst all this time wanting to be with Rachael, a kind-hearted, pleasant being just like Stephen, however his wife never agrees to divorce, so he is stuck with her, even despite numerous attempts to kill her. In the end, he dies a horrific death down a mine-shaft after being mistaken as the bank thief, whilst it was in fact Tom that stole the money from Bounderby’s pocket. Again showing the inequalities within the classes, as well as the fact that the Working Class can be both unhappy and immoral as well.

Both novels share the same message: that the Upper Classes are in no way better than the Working Classes, but which conveys the message better? Dickens uses the two novels to show his message in different ways: with ‘Great Expectations’ it is through the social ladder and Pip’s educational growth and false love with Estella, whilst in ‘Hard Times’ the message is shown through the strict education forced upon the Upper Classes, and the poverty-struck Working Class. There is no right or wrong answer, as both have their own unique and compelling way of successfully showing that social class inequality in 19th century England was ridiculous and unneeded.