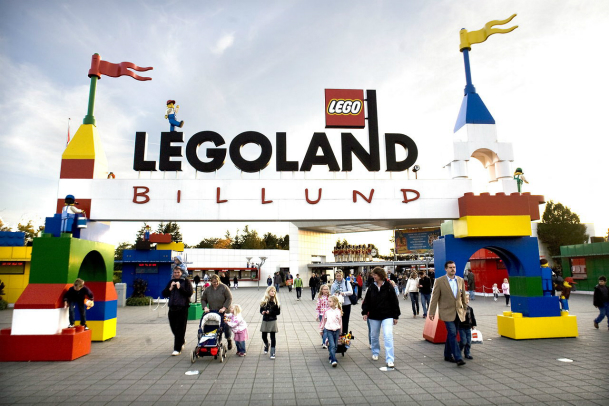 The City of Billund, More than Colorful Lego Bricks

Billund is a small town in Denmark, downtown the southern region, being the second largest town in it.

It is impossible to hear the name “Billund” without thinking of a pile of small building bricks. After all, it is here where a carpenter, Ole Kirk Christiansen, first started to build wooden toys which would eventually evolve into Lego, the most powerful brand in the world.

For those who spend hours putting together superheroes or common people body parties, brick by brick, Billund’s Legoland has become a bit of a Graceland.

Since opening in 1968, it has expanded to include roller coasters gravity-defying robot rides, but much of its magic still resides in the original miniature world, where everything – from the Kennedy Space Centre to a huge replica of Star Wars – have been recreated by using more than 20 million bricks.

While the joy of Lego is reason enough to visit Billund, there are some amazing sights in and around the town that we could describe as “totally awesome”, for sure.

In Legoland, actually, everything could soon become too much; I mean, when whoops and thrills of energised children zipping down water slides and round centre rides, the sculpture park is the perfect green spot for a pic-nic, relaxation and a bit of artistic reflection. All the sculptures here included invites children to climb on and interact with the artwork. The park stretches just over a kilometre and entrance is free all year around.

Billund, besides Lego, is olso “the cycling Billund”: get on your bike! It’s not just Copenaghen that has a world-class cycling culture. The area sorrounding the city offers a network of signposted routes that take you through the beautiful Danish countryside.

From short routes to long stages, from mountain biking through undulating plantations and meadows to visiting the pristine beaches on Jutland’s west coast, there are options for the family as well as the ambitious amateur rider. You can plan your route on cyclistic.dk and rent bikes all over the city.

Denmark hardly has the climate for wine-making, but many wineries half an hour from Billund defies the odds. One of these is Skaersogaard.

Since 2001, this 12-acre vineyard has produced top-quality wines, with its sparkling variety in particular reaping international awards, and featuring in Copenaghen’s Michelin-starred eateries, such as Aagaarrd Kro, one of the finest restaurants in the area.

Moreover, there’s Lalandia too. If you need a splash of cool on those warm summer days, the Lalandia waterpark is just a brick’s throw from Legoland. It claims to be the biggest of its kind in Scandinavia, and it now boasts Europe’s longest waterslides: the Wild River offers not less than 168 metres of slippery twists and turns, starting inside the Aquadome theme park and moving into the open air. There are downhill slides for speed racers, or you can float in bathing rings down lazy streams. Add in Jacuzzis, a children’s pool and self-catering holiday homes, and you have a destination treasured by families.