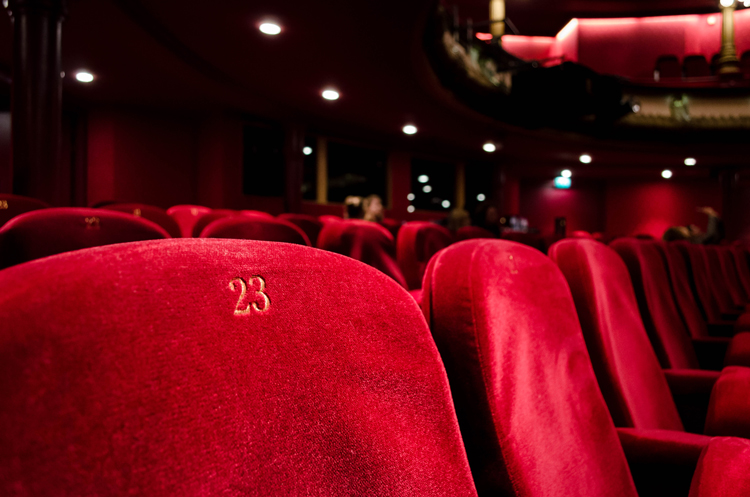 Taking a Stand Against Honor

Recently the award winning actress Natalie Portman declined the honor of the $1 million Genesis Prize (said to be the Jewish Nobel) as a protest against Israel’s massacre of Palestinians in Gaza around April this year. The Jewish-American citizen Natalie did not want to seem to endorse Israeli Prime Minister Benjamin Netanyahu by sharing the stage with him at the award ceremony. Natalie’s act did raise a few eyebrows but did not make the world sit up and take notice. Why? because returning an award is nothing new. From Knighthoods and Nobel’s to Oscars, Grammys and Golden Globes…, every highly respected honor has been refused by the equally highly respected people receiving them.

Bob Dylan did not show up to collect the 2016 Nobel Prize for Literature even though it was the first time that the Nobel was being awarded to a musician! Dylan’s casual attitude towards the honor though didn’t come as a surprise, as people are by now familiar with his reclusive, irreverent nature. Like him, many others have rejected honor for reasons just as trivial. David Bowie, the celebrated British singer declined the award of Order of the British Empire (OBE) in the year 2000, saying “I seriously don’t know what it’s for”.  Again in 2003, Bowie even refused knighthood! Actor John Cleese of Monty Python and Fawlty Towers fame turned down a life peerage because spending the winter months in England would be a price too much to pay.

But most artists have refused awards to stand up for what they believe in. Screenwriter Dudley Nichols refused the Oscar to protest the Academy’s ‘refusal to acknowledge unions’. Stephen Hawking the renowned physicist turned down knighthood as he did not believe in ‘titles’. French writer Jean Paul Sartre refused the Nobel Prize so that his freedom of expression as an artist was not compromised. Ken Loach, the famous film director, turned down an OBE as he disapproved of the British monarchy which to him was a ‘monument of exploitation and conquest’. Marlon Brando who was awarded the 1973 Oscar for his brilliant role as Don Corleone in The Godfather did not show up at the award ceremony but instead sent Apache woman Sacheen Littlefeather instead to protest the federal government’s treatment of Native Americans at Wounded Knee, South Dakota. Recently winners of India’s most prized Literature awards , 38 of them refused their awards to protest against murders, lynching, cow vigilantism and the climate of ‘intolerance’ in the country.

Yet another trend observed, is of celebrities accepting their awards but using the award ceremonies as a ‘platform’ to take a stand on political/social issues. Ashton Kutcher denounced President Trump’s travel ban, while “Big Bang Theory” actor, Simon Helberg and his wife posed on the red carpet with “Let them in” placards at the Screen Actors Guild Awards 2017. At the Golden Globe Awards 2017, actress Meryl Streep who had won the Lifetime Achievement Award used it as an opportunity to speak out against President Trump. A year later Oprah Winfrey while receiving her Golden Globe spoke against the rampant sexual harassment in Hollywood and in support of the #MeToo and #TimesUp campaigns.

To the cynical, such ‘celebrity activism’ of either returning awards or speaking out on political issues at award platforms seems like a ‘fad’, a ‘photo op’ to gain more mileage with the audience and fans. When privileged men and women make political statements, speak about poverty, gay rights, sexual harassment, prima facie at least it seems rather hollow. Some celebrities think so as well. According to actor Mark Wahlberg celebrities live in a ‘bubble’ and are incapable of understanding the problems of man on the street and hence should avoid voicing their views. Some artists like Quentin Tarantino are afraid of making ‘politically incorrect’ statements while speaking out. Elvis Presley too once said ‘I want to remain ‘apolitical,’ because I don’t think it’s right for me to use my celebrity and fame to persuade other people to think like me’.

I would like to disagree. I feel that it would be really great if our celebrities take a stand and voice their opinion. ‘Change’ needs brand ambassadors and celebrities are the ones most accomplished for the job as they have both the ‘platform’ and the ‘panache’ to influence public opinion and effect change. And we all know what a mighty force public opinion can be!

Celebrities that speak out need to be appreciated and encouraged as they do so at great risk to their careers, for it could be that their opinion may not go well with their fans. During Barbara Streisand’s tour in Chicago, someone in the audience screamed out, “Shut up and sing” implying that celebrities should “stick to their job” instead of discussing politics. It is to be noted that one’s job is only a facet and does not make up one’s total identity. Ordinary people with jobs post their thoughts on social media; the same position should hold good for actors/artists as well. Celebrities are not puppets for people to control as it pleases them but citizens with a right to voice out their opinions.

The argument that ‘ award ceremonies’ are not the right ‘platform’ to voice out opinions is true to a certain extent as people pay money to come to such concerts/shows etc. However putting restrictions on speech under the guise of ‘platform abuse’ is not acceptable as well. Speaking out on political issues, human rights need not be restricted to political rallies, newspapers or ‘Twitter’ alone. Politics is not for the politicians alone, it’s desirable that each of us is aware and involved. Moreover it is the ‘voice’ and not the ‘platform’ that is of importance when projecting an opinion. The only thing to be kept in mind is that when voicing one’s opinion care should be taken not to silence the ones in disagreement with that opinion.

However all said and done, no one should be ‘pressured’ into taking a stand. Not everyone is comfortable with speaking out and that does not make him/her a lesser person in any manner. Actress, Dolly Parton justified her point of view on taking a stand saying “I’m more patriotic than political.”

True. We are all called to ‘be better’ but it’s also okay just to ‘be’…