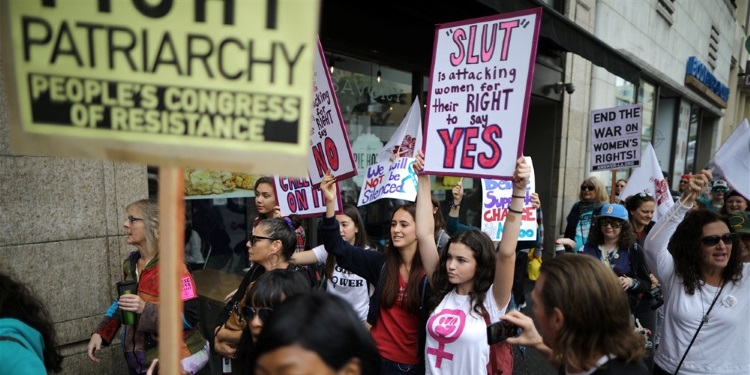 The Fourth Wave Of Feminism

The origins of the Me Too Movement can be traced to over a decade ago when Tarana Burke used the term “MeToo” on MySpace as part of campaign to promote “empowerment through empathy”. However, MeToo did not become prominent until October of 2017 when film actress Ashley Judd made public her past sexual abuse by movie mogul, Harvey Weinstein. First described as a simple social justice movement, in less than a year it has changed the course of feminism.

“The Me Too Movement has moved beyond simply seeking justice for sexual abuse victims,” writes Sabrina Nanji, “they are attempting to change unjust and unequal policies, and the political system that enacts them.”

Feminism had been in its Third Wave, also called “post-modernism”, since the early 1990’s, according Kira Cochrane, author of Modern Women and All the Rebel Women. The Second Wave starting in the late-60’s and early 70’s, and the First Wave of Feminism beginning the movement in the mid-1910’s. Yet, Cochrane argues the late-2010’s will be known as the start of a new wave in feminism.

.MeToo would belong to post-modernism, as senior fellow with Center for American Progress Jocelyn Frye states, “Me Too acknowledges the systematic oppression of women, from the home to the workplace, to politics.”

That shamefully society had silently accepted women being discriminated against at work, giving them lower wages and rare career investment opportunities, and in their personal life, even being a sexual assault victim. Human civilization has generally been male dominated since Mesopotamia and is true of modern day.

However, MeToo is considered a new wave of feminism due to one tiny aspect never used before. The Internet. In October of 2017 MeToo quickly utilized support groups for sexual abuse victims as a means to reach out in strength and solitude, garner the numbers involved to bring about true change, and pressure lawmakers into changing systematic oppressive policies. Using these tactics they were able to peacefully bring about justice for the victim, the abuser, and the discriminatory policy. Women are able to garner a mass support system through the use of the Internet. Organizing large protests, petitions, and information quickly. The Me Too Movement has set out to make fundamental progress towards gender equality.

Yet, the quick spark has many wondering whether the flame will die soon. The future of MeToo was the main discussion for Harvard scholars at an event organized by the History of Women in America. At one point they discussed how racial, gender, and socio-economic minorities are statistically more likely to be a victim of sexual assault and less likely to win their case in court. They pointed out MeToo has not uplifted these voices as much as they should be if it wants to endure. The movement must reconcile the internal aggression of those who believe gaining rights takes time, known as protectionists, or those who are pushing for a more sweeping equal rights agenda.

Moreover, this Harvard panel cautioned MeToo from using their growing influence as a political tool. Mentioning, J. Edgar Hoover’s campaign against sex criminals in 1937 later began taking down political opponents by exploiting their personal affairs and ushered in the era McCarthyism.

Due process must not be ignored,” replied U.S. Supreme Court Justice Ruth Bader Ginsburg when asked about her thoughts on the Me Too Movement.

Meaning alleged sexual abusers should not receive the social out-casting they do without having first been proven guilty in a court of law.

The MeToo Movement may have started a new, Fourth Wave of feminism, which calls out the systematic oppression of women. They use the Internet to gather support, strength, information, and a booming voice. They have gained such a large support network by highlighting the issue not in the name of anger, but in the name of justice. The MeToo Movement have clear, honest goals only aimed at bringing about equality and justice for all.

It is difficult to say what exactly helps a movement endure, or even succeed. But, it seems the MeToo Movement might do three things to persist. First, they can represent all victims from all backgrounds accurately and fairly. They can reconcile differences with their members and supporters in order to get back on the message of their movement; and, they can allow due process to take its course before someone is socially ostracized.