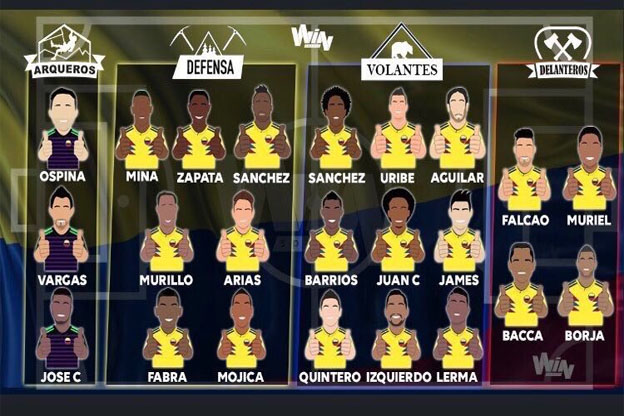 Colombia is onto their second consecutive World Cup appearance after filling out the last automatic qualifying spot for the CONMEBOL World Cup Qualifiers. During the World Cup qualifiers, Colombia won against teams like Peru, Ecuador, Venezuela, Paraguay, Bolivia, and tied with teams like Brazil, Chile, and Uruguay. In their previous World Cup appearance in 2014, Colombia made it to the Quarter-Finals where they were kicked out of the tournament by Brazil. During that contest Colombia came out first in Group C winning all three of their matchups. They were followed by Greece who won 1, tied 1, and lost 1. After Group play Colombia played against Uruguay in the Knockout stage and won 2 – 0. During their Quarter-Final bout against Brazil, Colombia lost 2 – 1. This year, they look just as ready but even more talented. Colombia is considered the Dark Horse of the tournament who can come from behind and win it all. Even if that is the case, Colombia has a tough route to the Final. Colombia is in Group H for the World Cup 2018 against Poland, Senegal, and Japan. Considering Colombia makes it out of Group Play, Colombia will play either the first or second position from Group G. Group G consists of Belgium, England, Panama, and Tunisia. Considering the rankings, Belgium and England will win their group which means that Colombia will play either of those highly ranked teams. In order to get to the Quarter Finals like they did in the 2014 World Cup, Colombia will need to have stand out showings from their stars Falcao and James. They both have had tremendous seasons with their respective teams and expect them to perform during this World Cup. Aside from them, the teams consist of 21 other players, here is the list of the players that will help Colombia reach stardom and immortal success. 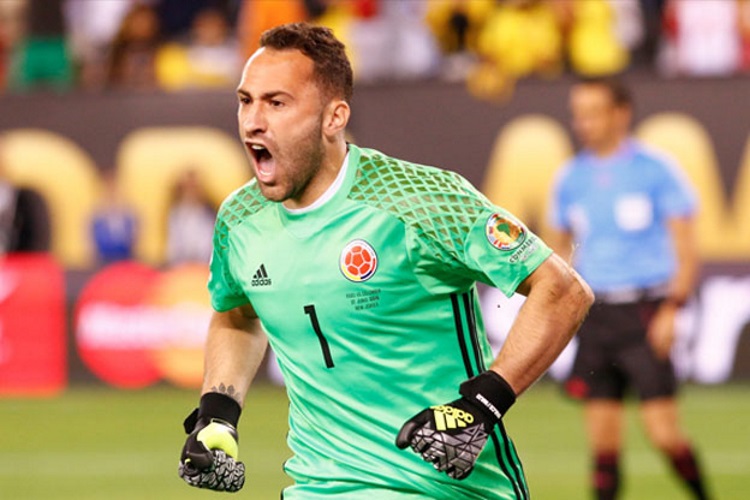 While David Ospina fights for play time against Czech Republic’s Petr Čech on Arsenal, Ospina has zero competition on Colombia’s National Team. Colombia has brought forth 3 goalies to the World Cup 2018 who average an age over 30 years old. This could have been a great opportunity to bring young talent, so they can have World Cup experience; however, nobody knows the team better than coach Jose Pekerman. Ospina has had 86 appearances with Colombia’s National Team and he has become their trusty goalie. During the 2014 World Cup, Ospina had 2 clean sheets, 90% average claim success, 3.75 average saves per goal, and averaged 3 saves per game. He is a phenomenal goalie, considered a top tier goalie in CONMEBOL with the likes of Bravo, Romero, and Alisson. Ospina could be headed towards his last World Cup ever and we expect to see an above average performance from him. In group play he will face hist hardest opponent in Poland’s Lewandowski who can strike from nearly anywhere on the field. After group play, Ospina will face a barrage of offensive capacity from both Belgium and England. The likes of Harry Kane, Lukaku, Hazard, and Vardy can all score and are a huge threat to any goalie. Both teams also have above par midfields that can help set up their strikers perfectly. Ospina is the best that Colombia has to offer, but he is going to face tremendous talent in the World Cup and will need help from his defenders to keep him away from trouble. Colombia’s defenders for this World Cup are young, hungry, and embodied with superior talent. 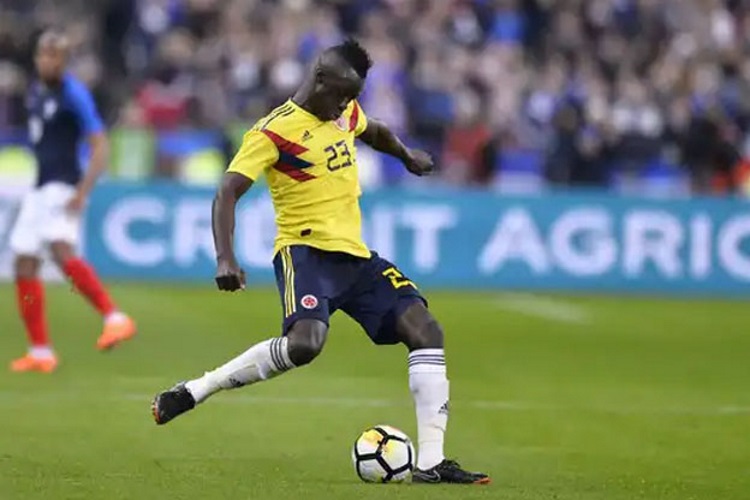 Colombia’s defensive squad for the 2018 World Cup is stacked with talent and youth from left to right. Pekerman decided to bring a young core of Mina, Sanchez, Mojica and Arias with a solid veteran presence in Zapata, Murillo, and Mojica. Frank Fabra was predicted to have a stand out World Cup and was supposed to be a top defender in the World Cup; however, all those dreams were shattered when he tore his ACL early in June. His replacement, Farid Diaz, is not nearly the L/B that Fabra is but he is the best choice Pekerman could offer. Diaz on the left, Arias on the right, twin 6+ foot towers in the middle made up of Sanchez and Mina – makes up a great defensive line. Arias and Diaz are both players that stretch the field, the come forth on the offensive end and act as additional wings to aid the midfielders and strikers. Pekerman made the right decision by electing these very talented defensive players. 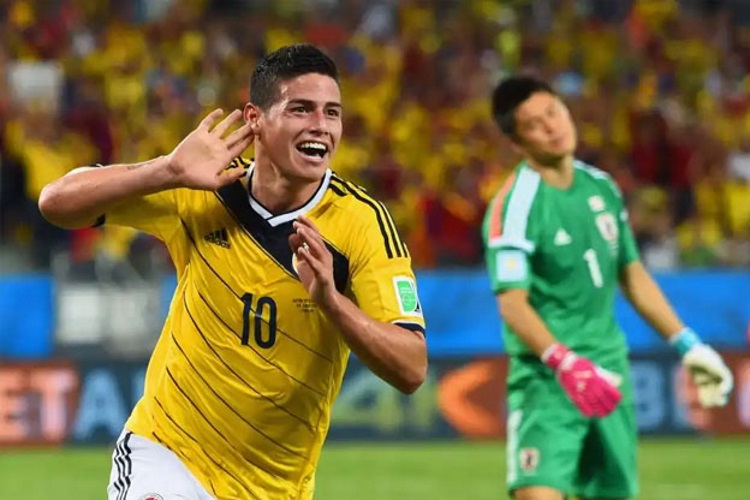 Pekerman’s hardest decisions was made with the Midfielders. The star of the team and the midfield is Bayern Munich’s James Rodriguez. James came to stardom in the previous World Cup where he won the Golden Boot for scoring the most goals in the tournament; an amazing accomplishment considering Colombia only made it to the Quarter-Finals. Colombia’s midfield is drenched in young, new talent with players like Barrios, Lerma, Izquierdo, and Juan Fernando Quintero. Quintero is considered the next James for the team and pure magic can be seen on the field whenever James and Quintero take over the midfield together. Pekerman listed veterans to solidify the midfield with players like Sanchez, Aguilar, Uribe, and Cuadrado. Sanchez is the defensive rock of the midfield, Aguilar is a very smart player, Uribe is a stellar defender, and Cuadrado is a phenomenal passer and genius tactician. Colombia’s midfield will be the reason for their success, great defense and great passers/tacticians on at all times. 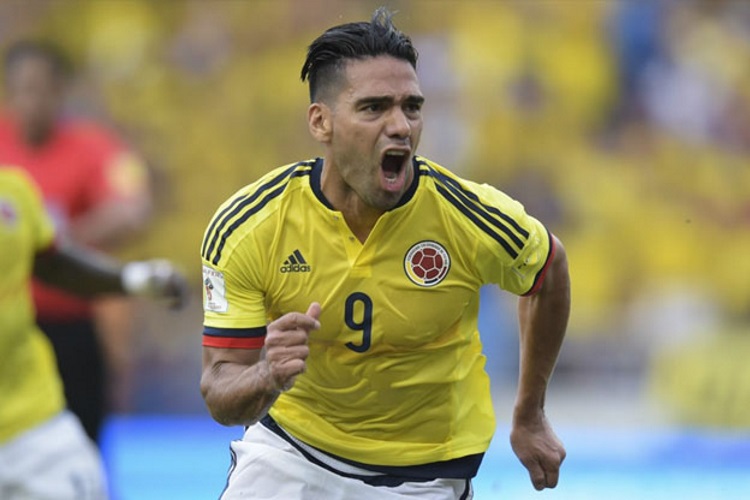 Colombia as a nation is happy to see their star striker Radamel “El Tigre” Falcao back in their lineup for the World Cup. Falcao missed the previous World Cup due to injury, but he is back in top form for this World Cup and we expect nothing but goals from this advantageous striker. Aside from Falcao, Colombia is bringing forth two young strikers in Miguel Borja and Luis Muriel. Veteran Carlos Bacca closes the list of strikers. These four strikers are more than able to be creative and score goals from all angles on the field; however, we expect Falcao and Muriel to eat up most of the minutes. Falcao is a prodigious header who goes after all air balls with zero regard of his surroundings. Centers and corner kicks from James will lead to Falcao header goals. Luis Muriel is a creative striker who is also an unselfish passer. He and Falcao will be a great duo or singular strikers. As backups, Colombia has youthful Miguel Borja and Carlos Bacca. Bacca is a proven scorer historically and Borja has done great with his current team with high hopes to score with the Colombian National Squad. Colombia is missing strikers Jackson Martinez and Teofilo Gutierrez; however, the current list of strikers is more than enough to lead Colombia past the Quarter-Finals. Colombia has historically been a forward heavy roster but Pekerman is changing the way the team runs, putting most of the work in the hands of the midfielders. Colombia is ready for the World Cup and this roster is more than prepared to take them to the Finals!