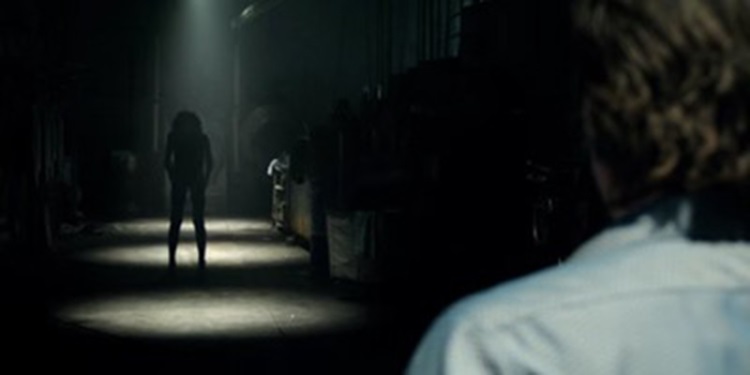 Still from the movie "Lights Out" | https://www.filminquiry.com/lights-out-2016-review/

A Year of Fear

Horror movies have been used to express a certain fears of a society or of the particular individual creating said film. The fears portrayed could be a simple, such as coulrophobia, fear of clowns, or something like arachnophobia. However, these surface fears are just that, a façade for deeper fears that align themselves with real-life issues because they could be hiding an entire world of fear just underneath the surface.

Some of the best films are those that are the most relatable in time and space. 2016 gave us exactly that by catching the vast emotions, tensions, and beliefs from both sides of the political spectrum. According to Aja Romano, a culture writer for Vox Media, “…horror films chose to forgo allegory and metaphor in favor of the direct route: pointing out that racist extremism, power-mad gun rights advocacy, religious zealotry, conspiracy-driven survivalism, and xenophobic nationalism are all scary as hell.” These themes are most relevant in a film like The Purge: Election Year. All crime has become legal for one night a year in a dystopian version of the United States. The issue of gun rights is intensified by showing the easy access that most Americans have to a firearm, whether it be in a store for purchase or at home. Both sides of the argument of presented with many of the firearms being used for genuine protection in an environment that strongly requires it, but there is an equivalent amount of use by those who wish to do nothing but harm innocent people.

This film stands out in the series because of the main issues in the film and the exact time period it’s presented. U.S Senator Charlie Rose, after having her family murdered on a Purge night, is running for president on the platform to abolish the Purge. This is relevant because the actual 2016 presidential election dealt with an outsider trying to be elected in order to try and change major parts of American society. There was Trump, someone who didn’t really align with any of the two major parties, who was also attempting to isolate the country and change the dynamic of Washington D.C. Secondly, there was Bernie Sanders; another outsider trying to push the United States towards a more socialist state, something that we have never truly known. Both candidates were not well liked by the government already in place. What we learned was that Americans were weary about unaffiliated political candidates and that they’re are scary to the majority of the population. Despite the fact that an outsider was elected, it was not without complications from all sides.

One of the major criticisms for the Purge in the film is that it only exists to rid society of poor and minority peoples. This is explicitly stated but is also shown with a lower-income African-American family trying to protect themselves. It’s difficult for them to do so because they lack the funds to buy a mainstream security system. This is contrasted with the senator’s protections with multiple bodyguards but also an electronic, steal lockdown system. These two scenarios are highlighting the issue of race and inequality in America; something present in American culture more than 40 years after the end of the Civil Rights movement. In 2016, the issue reemerged in the headlines with the pending election, rising police violence, and wealth inequality between whites and non-whites growing. The film briefly touched on these topics of upper-class whites having the power and money to protect themselves while lower-income minority populations having to literally fight for their lives within a system that is built for them to fail.

Fear of the Unknown

The 2016 election also brought the proposal for the Wall; a physical wall on the Mexico-American border to stop illegal immigration. Along with the falling favor of immigrants, legal or not, a general fear of the other began to rise. The other could be described as anyone who was not a cisgender heterosexual white, Christian background, anglophone American born citizen.

The fear of the other translates into a general fear of the unfamiliar and even more broadly, the fear of not being in control of one’s own destiny. The unknown brings with it a certain measure of uncertainty that is frankly terrifying for a lot of people, especially in a time period where the American identity is being redefined. This sentiment can be captured in a variety of ways. For example, Don’t Breathe portrays it with a literal home invasion. The blind homeowner could be seen as the United States who is helpless at the will of the invaders, i.e. immigrants.

Many horror films in the west follow this basic story plot, the innocent being terrorized by the unknown. Paranormal Activity, an innocent family haunted by demon attached to the daughter. The Conjuring, a young, fun loving family haunted by spirits in their new home. Strangers, a newly married couple attacked by home invaders. Cabin in the Woods, the fate of the campers is literally in the hands of an omnipotent council who is tasked with keeping a cosmic order unknown to the human race. Lights Out, dysfunctional but sweet family attached to a terrorizing spirit. And the list goes on of similar films with very similar themes. This is not to say that no film creates a unique story but rather that a main reason that horror films are so loved is because we can identify with this underlying fear.

Professor of anthropology at IUPUI, Holly Cusack-McVeigh, says that “…narratives are…an outlet for the fears and frustrations of individuals. The act of telling is directed at the pain and feelings of helplessness.” (Holly 23) Stories are told to express the pain that really cannot be expressed tastefully anywhere else. Horror films act as an outlet for, specifically, Americans to express their fears of uncertain change. 2016 offered the entire political climate in the form of enjoyable entertainment rather than Americans having to deal with our fears and frustrations directly. We were given a chance to view something from the outside, fully acknowledge its faults, and turn a blind eye to something that could be changed simply with our direct interaction.