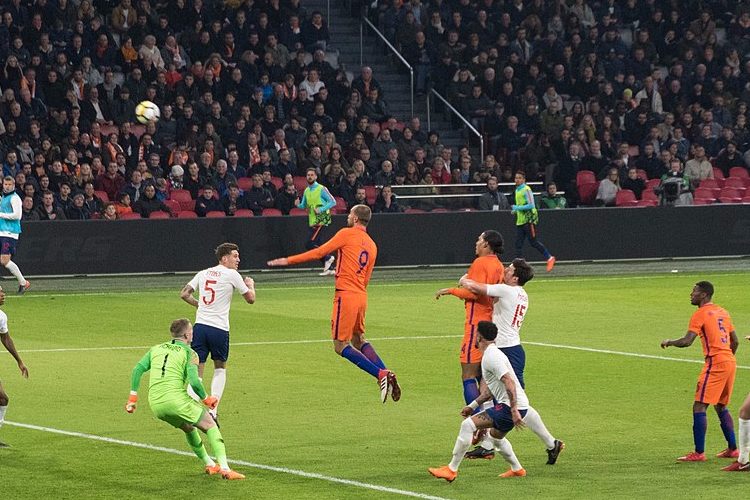 In the inaugural season of the UEFA Nations League, it has largely divided opinion among fans. However, the tournament is here to stay, and the group stages have already concluded. All the nations recognized by UEFA were divided into groups according to their calculated coefficients, based on their previous matches. Teams were then divided into four leagues so that they would be paired up with teams that are about the same level. From there, the nations were divided into groups within the leagues. In the group stages, each country played against the other countries in their group twice to determine the standings within their respective groups. Those in first place earn promotion, a playoff spot in Euro 2020, and – if they were in League A – the chance to win the UEFA Nations League next summer.

Starting from League D, Georgia, Belarus, Kosovo, and Macedonia earned promotion to League C. Since it is the last division, none of the teams were relegated. An interesting aspect to the UEFA Nations League is the development of these smaller nations to improve and become more competitive. Rather than being pummeled by these stronger teams they usually face in their competitive games, now they have meaningful games against opposition that they can actually compete against. In doing so, hopes are that these countries will begin to improve. The nations that earned promotion will now be tested in a tougher group next time, and time will tell if they can show the rest of Europe that they are progressing. 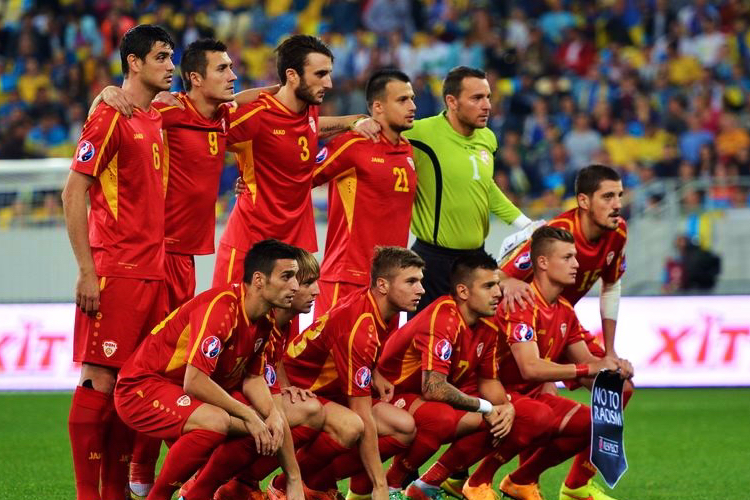 Macedonia before a match | Football.ua

Another key point to take note of are the victories Gibraltar had within their group. Gibraltar are a team that only became recognized by UEFA in 2013, and they hadn’t won a single game in their history. Yet, through the Nations League, they were able to earn their first two wins ever. Although the tournament may have its critics, moments like these that fans will never forget are the often overlooked factors that show the benefits of this competition.

Moving on to League C, Scotland, Finland, Norway, and Serbia earned promotion to League B while Estonia, Slovenia, Cyprus, and Lithuania were relegated. Although Albania finished in last place in Group 1, they were in a group with only three teams as opposed to four, meaning they couldn’t be relegated. Meanwhile, Cyprus was relegated even though they finished third in their group;they were the worst third-place team of the teams in groups with four teams, not including results against the nations that finished in fourth place.

Serbia are debatably the strongest nation in League C, and it will be very intriguing to watch how they compete moving forward in the Nations League. Boasting players such as Aleksander Kolarov, Nemanja Matic, and Sergej Milinkovic-Savic, Serbia have some very talented players. Whether or not they can capitalize on the potential within their squad is certainly something to keep an eye on. 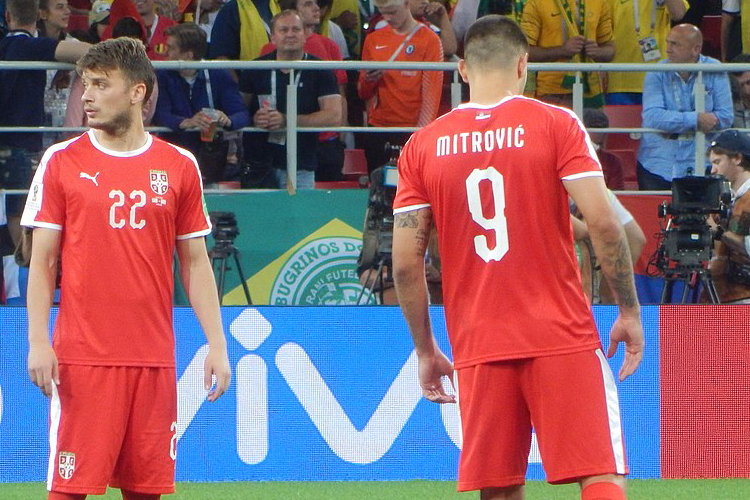 Serbia playing against Brazil at the 2018 World Cup | Oleg Bkhambri

Going up to League B, Ukraine, Sweden, Bosnia and Herzegovina, and Denmark were all promoted while Slovakia, Turkey, Northern Ireland, and Ireland were relegated. Legendary striker Andriy Shevchenko, Ukraine’s new manager, has done a great job since coming into the position. Ukraine topped Group 1 which also had Czech Republic and Slovakia. They last qualified for a major international tournament for Euro 2016, but they fell below expectations, losing all their games and finishing at the bottom of the group. Shevchenko has only lost once during his six games in charge, including an impressive draw against Italy. Ukraine has also kept three clean sheets. Under the country’s record goalscorer, Ukraine are primed to impress at Euro 2020.

Sticking with Group 1, Slovakia’s results were disappointing taking into account the quality within the team. Although the nation hasn’t been impressive in recent years, they still have players like Martin Dubravka, Milan Skriniar, and Marek Hamsik. Many would have backed them to at least finish ahead of the Czech Republic, but instead they face relegation to League C.

Group 2 featured a close battle between two nations who performed well beyond expectations at this summer’s World Cup. Sweden and Russia both made it to the quarterfinals despite many doubting if they could even get out of the group stages. Pitted in the same group in the UEFA Nations League, it was always going to be fascinating to see who came out on top. Both countries ended up level on points with their head-to-head record being what separated the two sides in the end. While Sweden continues to display their performances at the World Cup were more than just a flash in the pan, Russia will have to prove that this dip in form from last summer doesn’t reflect their true level. 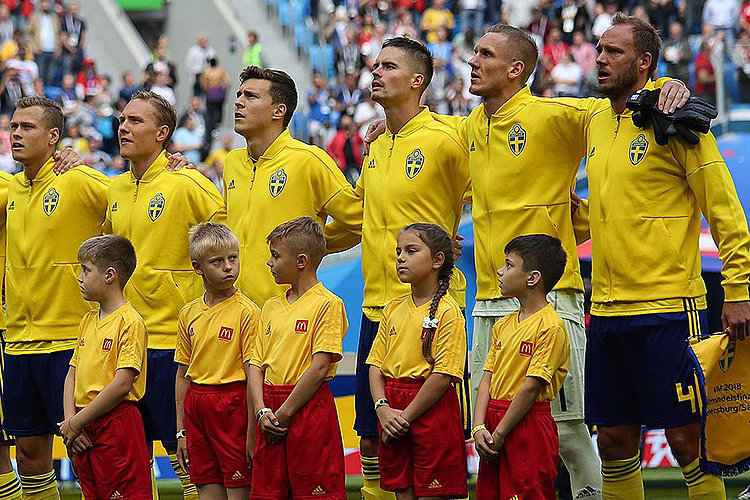 Lastly in League A, the Netherlands, Switzerland, Portugal, and England all qualified for the finals while Germany, Iceland, Poland, and Croatia were relegated. The outcomes of these groups were largely unforeseen. Although they contained the strongest teams according to the UEFA coefficients – suggesting the groups should all be hard to predict – for the most part there were clear favorites in each one. Starting in Group 1 which had the Netherlands, France, and Germany, France were considered the favorites considering they had just won the World Cup. As for the other two teams, both nations have struggled in recent times, so it was expected they’d contest avoiding relegation. Most would have probably predicted the Dutch to fall in third place; yet, they have gone and performed when they had to in order to top the group. Their progression to the next round could be the beginning of the resurgence of the Netherlands.

Group 2 also had a clear favorite as it contained Switzerland, Belgium, and Iceland. Belgium have a team full of great players, some of whom are considered among the best in the world. On the other hand, Switzerland and Iceland are two teams that aren’t among the top nations in the world like Belgium are. Despite this, Switzerland were able to top the group, and this was made possible after a shocking 5-2 win after going down 2-0 to Belgium. Belgium have once again underperformed with their golden generation, who seem to have not learned their lessons about underestimating the opposition – as they should have after their near elimination to Japan at this summer’s World Cup. 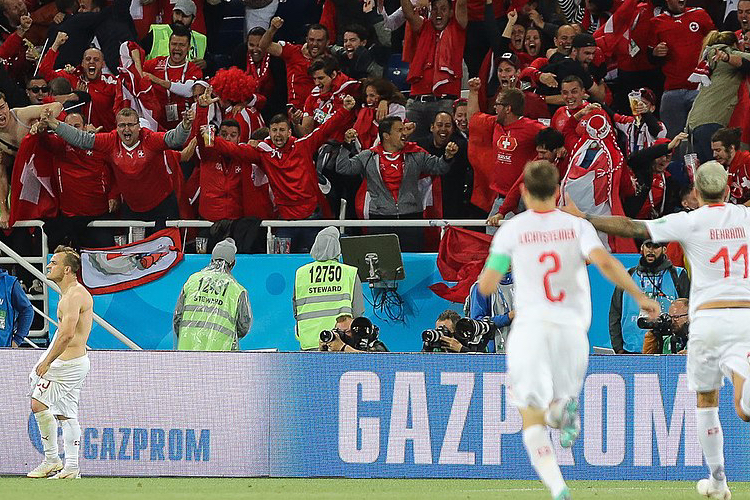 Switzerland celebrating a goal during the 2018 World Cup | Эдгар Брещанов

Croatia’s relegation in Group 3 was surprising given their stellar run to the final at the World Cup. However, the improvement of Spain and the continued progression of England coupled with Croatia falling below the level they displayed in Russia last summer explains this.

All in all, the UEFA Nations League has shown itself to be an effective tournament. It has replaced friendlies which lacked competitiveness and suffered due to frequent breaks in play as a result of the higher number of allowed substitutions, which prevented any rhythm from continuing throughout a match. Now with this tournament, the teams play competitive games against countries on a similar level, allowing them to develop. Plus, it gives nations like Gibraltar moments that their fans will cherish that they wouldn’t have without this competition. Another positive: the promotion and relegation makes the seeding process for qualification and the Euros more fair.

Whether you’re for or against the UEFA Nations League, it must be said that there are clear benefits to the tournament, and it is much better than just friendlies.

Read more about the 2018 Nations League.