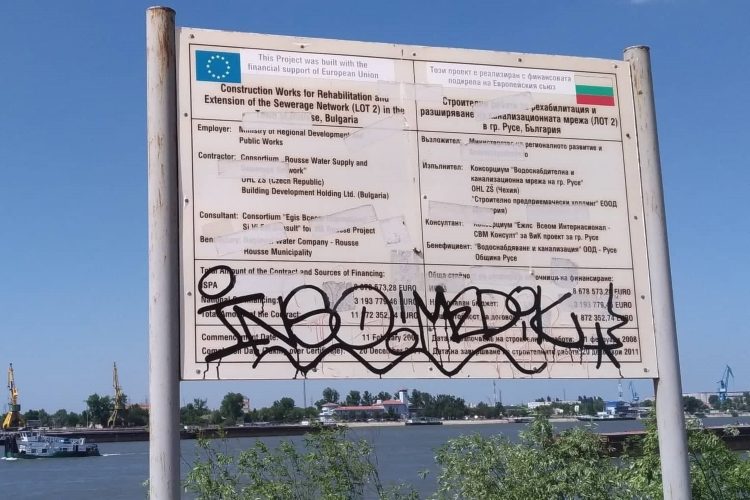 Corruption Investigated: The Bloodstains on the EU Funds

In an unprecedented wave of violence against investigative journalism in the European Union, three journalists lost their lives in personal attacks in the last 14 months. The common denominator to these killings is the corruption they investigated. In two cases of the three, the display of misuse of EU funds in their investigative report is allegedly the direct cause of retaliation against them through assassination. Here is a compilation of the main facts linking these affairs between themselves and the ties to organized corruption at the highest levels of power in EU member-states.

Days after reporting on the local television show the investigative work of Bulgarian journalist D. Stoyanov and Romanian journalist A. Biro, Viktoria Marinova was found dead in a local park in Ruse, northern Bulgaria. The murderer was later arrested in Germany, where he had found refuge in his Roma community. However, public opinion and journalists did not buy the story of the Roma who confessed raping and killing the journalist under the influence of alcohol, but are convinced of the manipulation of this man to hide the real intents behind this crime. Bulgaria and Romania are indeed the worst-ranked EU states in the perception of corruption and the freedom of press.

The joint investigation between the RISE project (Romania) and Bivol (Bulgaria) highlighted fiscal construction by local entrepreneurs with international links to be eligible for EU funds in the so-called GP Gate. Their findings, now shared with the European Anti-Fraud Office (OLAF), estimated a loss of EUR 600 million of EU funds through investment schemes that had inflated their investment previsions, which allowed a redistribution of the EU funds within certain local business communities active in corruption and money laundering.

The alleged assassination targeted Viktoria Marinova for bringing the issue of the GP Gate to a larger audience than the discerning readers of Bivol and RISE through her TV show, Detector, on TVN Bulgaria, promising to bring updates on the affair in the future. But the indirect targets are also the investigative journalists who regularly make public the cases of corruption and undemocratic behaviors of national powerful men and women who run European Union states, supported by the European community funds, in a way that is conflicting with the European Union official values.

The Slovakian journalist and his fiancée were assassinated in their home in February by a retired policeman who has been ordered to do so by a former “victim” of the investigations of the journalist. The prosecution of the affair was under close scrutiny of the European Union and led to the resignation of Prime Minister R. Fico.

Ján Kuciak had been working on his biggest investigation establishing links between the high-ranked politicians in Bratislava and Prague and the Italian mafia Ndrangheta. The publication of the first part of his findings attracted him threats and led to his death, but the remaining parts of his findings were later published unfinished.

His work highlighted the use of funds from the Agricultural Payment Agency (PPA) though the Common Agricultural Policy (CAP) by the Italian mafia in the Slovakian countryside to carry armed trafficking activities. In addition to the EUR 8 million lost by the EU in this scheme, Ján Kuciak also brought to public knowledge the OLAF investigations of EUR 300 million lost in custom frauds, linking Slovakia to Western Europe member-states through truck transportation from harbors before the custom declaration was filled at the arrival hub by sea.

The misuse of EU funds and fraud on EU laws was related with the actions of top politicians in Slovakia and the allocation of EU funds decided by national and local authorities to Ndrangheta businesses. It not only led to the direct killing of journalists, but also indirectly funded a mafia organization that has a record of 228 deaths between 1960 and 2014, including three high-profile figures since 2005, and that has shaken the stability of Italy for decades.

The spectacular bombing of the Maltese “One-Woman Wikileaks” in her car in October 2017 raised high concerns in the European Union about attacks on journalist by internal actors, after the Charlie Hebdo attack by Middle Eastern terrorist groups in 2015. Three low-profile criminals were arrested, but no evidence was found on the identity of the perpetrators. The past investigations published on her Running Commentary blog and the perpetuation of her work by her sons and fellow colleagues in the Daphne Project led to several possibilities linked with organized criminality and the national political scene.

The investigations linked corruption and Europeanization on the political scene in Malta, the smallest state in the EU that is on the migration path from Libya to the EU. The first group targeted by the investigations is the mafia, organizing human smuggling between northern Africa and Europe. The second group is the organized crime corporations from all around the world that use Malta as a hub for illegal financial activities. The third group targeted is the opaque organization behind the Golden Passports affair – EU passports that are bought at high prices by people who would not be eligible for EU citizenship. The fourth group would be the top politicians involved in corruption for the building of energy infrastructures on the island and the money-laundering schemes highlighted in the Panama Papers.

The advantages of European citizenship and the energy policy drawn by the European Commission objectives for energy independence in the EU attracted illegal acts and sharpened the corruption in the small country. The structural changes in the European Union with Brexit and the positive conjuncture for Malta with its economic growth and decreasing unemployment rate will change Malta’s status from net beneficiary of EU funds to net contributor to the EU budget in the coming years.

EU funds for freedom of press?

If the EU funds or the European politics have a negative impact on the rule of law and corruption in certain regions of the EU that ultimately leads in the assassination of journalists investigating any wrongdoing with the collective aid awarded by the European Union, what can do the EU to protect them? The legal framework protecting journalists in the exercise of their profession is clear and strong, but police and judiciary investigations are conducted by member states that might have some reluctance to conduct appropriate investigations if the political power is itself concerned by the journalists’ findings.

Since this year, however, the European Union is funding a center of Investigative Journalism for EU (IJ4EU) especially tackling cross-border financial criminality and the problems correlated with the EU funding. The European structural funds and funds for regional development are however in the hands of sovereign member states who can use them with a lack of control of the EU through the restricted capacities of OLAF. And the assumed mutual trust between members prevents a quick triggering of actions against non-compliant states, like the unprecedented triggering of the article 7 of the Treaty of the European Union against Poland in December 2017 and Hungary in September 2018.