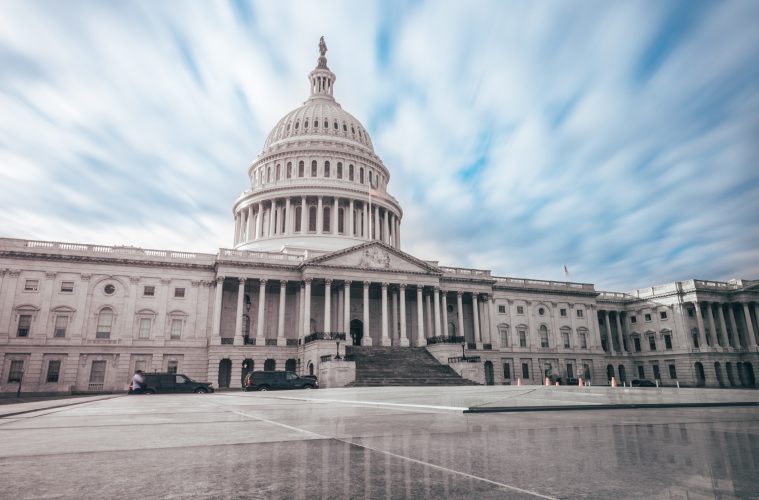 Ocasio-Cortez’s New Green Deal: Too Radical or Not Radical Enough?

The Green New Deal (GND) is a proposed resolution that addresses climate change and economic inequality. Alexandria Ocasio-Cortez, the young and feisty congresswoman from Queens, proposed the bill only a month after she was elected to represent New York’s 14th congressional district. The bill has been called, at best, a courageous and urgent response to an issue that’s been ignored for too long. At worst, the bill is regarded as a delusional “communist” fantasy and a reflection of AOC’s political naiveté. In this article, I will explore both sides of the argument and relate them to the greater tensions in American politics, as well as anxieties surrounding climate change.

On October 8, 2018, the Intergovernmental Panel on Climate Change (IPCC), released The Special Report on Global Warming of 1.5°C, a report called by the United Nations in 2015. According to the report, we’re just 12 years away from climate catastrophe unless immediate action is taken. If global warming reaches the “tipping point” of 1.5°C by 2030, scientists predict it will result in profound and catastrophic suffering, inequality, and poverty for millions of people. The primary finding was that meeting a 1.5°C target is possible, but would require rapid and substantial emissions reductions and unprecedented changes in all aspects of society. It also promotes progressive policies such as a federal jobs guarantee, basic income, and universal health care. The most ambitious goal of the GND is to switch to 100% renewable energy in just ten years. Unsurprisingly, the report sparked heated debate (no pun intended) among both Democrats and Republicans.

When it comes to addressing climate change, the Democratic Party claims to understand and care deeply about the issue, but has yet to promote radical action. The Republican Party, however, is trying to downplay the problem and deny any human responsibility for climate change. How are we supposed to find solutions if people can’t even agree on the problem and its causes?

Climate change – until recently with noticeable spikes in droughts, floods, and extreme heat – is seldom experienced firsthand and usually talked about in theoretical or political terms. But as environmental conditions worsen, activists are calling for less political debate and more solution-based action. Climate change is threatening lives right now, and American voters are becoming less and less inclined to vote for politicians who refuse to take action. Or, in extreme cases, those who deny climate change all together.

Alexandria Ocasio-Cortez identifies as a Democratic Socialist. She has called capitalism unsustainable and unredeemable in the past because it prioritizes the accumulation of capital and profit over all else, including the environment and human lives. In the 2018 midterm election primaries, AOC defeated ten-term congressman Joe Crowley in a historic upset. Being a 28-year-old woman of Puerto Rican descent, Cortez doesn’t resemble your typical Democratic candidate. But 2018 was a pivotal year for women, people of color, and the LGBTQ community, which was certainly reflected in the polls. Suddenly, marginalized voices are being amplified on the world stage, and those who aren’t white, rich, male, and heteronormative finally feel as though their lives and experiences are being represented in Washington. But this small shift in power hasn’t come without backlash.

In a recent segment on the Sean Hannity show, he refers to AOC as part of the “radical, socialist, far-left democrat” who believes America is “garbage” because she’s trying to reform the current economic system. Hannity has been known to speak at Trump rallies, endorse and promote him on his show, and blame Democrats for everything possible. He’s clearly a propagandist for the Trump administration, even though he oh-so-frustratingly never admits to it. Hannity and other radical Republicans interpret AOC as a colossal threat to their economic, social, and political power. So, it seems natural that Hannity would advise his viewers to not listen to a single word she says and incite them with fear surrounding socialism because she threatens the ideology that his and others success is predicated on: namely capitalism and patriarchy.

On the other side of the spectrum, some leftists are calling the GND not radical enough. For instance, PETA recently sent a scathing letter to AOC after a picture surfaced of her eating a burger. She does address factory farming in the deal, however, she does not condone “forcing everybody to go vegan or anything crazy like that.” But factory farming has a substantial impact on global warming by releasing greenhouse gases, CO2, and methane and nitrous oxide. Additionally, it’s a leading contributor to deforestation and  drought. According to a 2006 report by the Food and Agriculture Organization of the United Nations (FAO), animal agriculture is responsible for 18% of all human-induced greenhouse gas emissions. So, why isn’t she taking this issue more seriously?

Others also say her proposal for a 70% tax rate on the wealthy isn’t radical enough. Throughout the Eisenhower years in the 1950s, for example, the marginal tax rate for the highest income earners was at 90%. This was implemented to pay back war debts, and it’s becoming increasingly clear that climate change is this generation’s war to face. It strengthened the American middle class and raised morale after a devastating time. In the 1980s with Reagan, this dropped to an astounding 45%. Today, it sits at 43.4%. A 70% tax rate isn’t radical in the grand scheme of history, but for a nation whose wealthiest 1% owns half of its wealth, it’s certainly a good place to start.

She’s also been criticized for taking airplanes and Ubers with her team and accused of being a “hypocrite.” But is it productive to attack her personal actions and character when she’s fighting to make fundamental and necessary change? Can a climate activist also eat burgers, ride airplanes, and take Ubers? That’s for the individual to decide, but I believe that policy is the first step toward change, not trying to police other people’s choices. Even personal attacks on Donald Trump aren’t productive in this case. They simply add to the spectacle and serve to distract, entertain, and distance audiences from the real issues.

In this era of American politics, it’s easy to feel paralyzed among the division, fearmongering, and marginalization. It’s easy to feel hopeless, defeated, and angry when we see environmental collapse and human suffering with no idea how to solve it. It seems as though we spend so much time arguing about what could be the problem and what could be done, and more importantly, who will be the one to make change. With climate change, we’re all looking for a voice to guide us through this daunting and fearful time. Will it be Donald Trump? AOC? Elon Musk? Who knows. But I believe if we spent less time playing politics and more time thinking critically and deliberately about what needs to be done, the term “radical” won’t matter anymore. Change is always radical, and radical isn’t a bad thing. It may not be comfortable or easy, but it’s too late to debate that change isn’t necessary.