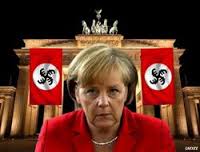 I get a long time without to put a word over the paper. I was waiting, almost griped by the way that happenings are taking in our neighbor Greek. I say neighbor, because a lot of reasons. I say it because it is a Mediterranean country, as we are, because it belongs to the EU, like us, because it was the first Europe (an original Greek word, by the way)  empire, because it invents the democracy, so we all made the most of it, and a lot of undemocratic pretend to get lessons of.

I know that a lot of people will not understand to me, but I know that other ones will it: I am suffering for Greek people. I see myself in them, as a mirror, I can feel their outrage and their disappointment; I can live their suffering and their disenchantment, their neglect feeling. And in spite of everything I can affirm that they have demonstrated that they are a people with honor. It should learn German people a little bit, who has the arrogant temerity for insulting them! I said German people on purpose; because it is easy to hide a crowd behind a face in order to permit someone throw the eggs and the tomatoes. Behind Mistress Merkel are thousands of people who have supported her. I was not witness, until today, about mobilizations or protest of German people against the position of their government about this sensitive and painful issue. They still, and then they consent. In this way they act in the past. And they carried us to the disaster. And they were forgotten, and they repeated. They believed that they were a unique race, pure, over, and it seems that their ideas are the same, or almost the same. A shameful people who murdered without piety six millions of being humans, and who pretends to repeat the number with Greek people, sentence them to misery, famine, poverty. They want Greeks kneel. Now, they shame about Nazism, and about painful it got. How many years should be pass in order they ashamed about that they are doing today?