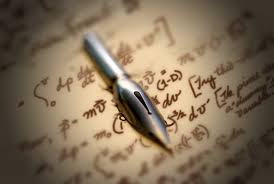 This morning I came immerse into the sleepiness, this morning so equal to another one: the daily issues, so lastly reiterative, the repeated and well-known advertisements, the same everyday voice relating almost the same things that all other days. That, I was thinking about, that is so it is happening to us, we are usually propelled by some kind of inertia which is difficult to stop. The policy, the old policy, the traditional one, has penetrated inside us till our bones, it has penetrated our own identities as if it was a part of our own, it has passed on to us, it has infected to us with his all substance and, probably, we became to believe that something different is not possible. We had lived, we have feed ourselves or, better, we have feed, a model which is slowly destroying ourselves, like a deadly illness, a cancer, cirrhosis, gangrene.

But model is not questioned, even if we know that doesn’t  works, even when we well-know that doesn’t works, because it is enough clear that doesn’t works. Maybe the parties which support this model can’t see it. It’s possible. I can’t blame their for. Everybody had been prisoned of their own particular sight of things.  But in my opinion there are a lot of people that do not believe in model. There is a crowd which is seeing the necessity of a change. Anyone who sometimes has applied a science procedure, knows that when a model analysis is blocked up it is necessary to look for another one, new solutions, new answers, to innovate.

Any ones thought that so they built long time ago must be valid, but nothing is never-ending. And all the systems, all, has a life cycle, I mean, since its creation to its extinction, they can suffer improvements and modifications, but in a particular moment the system doesn’t admit more changes: it’s ended. That’s happening: model is ended. We need to develop a new one which satisfies the real needed.

Only the braves, the innovative and the critical achieve the solution, as ever happens in science, economy, policy, and they get to change the world.