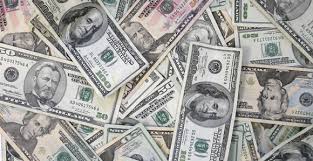 We Have Achieved it

We have achieved it. We have transform the world in some kind of dump place. It was not difficult. The human being, almost since the beginning of time, has become in the biggest Earth predator. Even of himself. We would remind that we invent slavery, war, torture, holocaust, genocide, extermination and we developed some of the most sophisticated tools, such as lie, slander, ignominy, manipulation, and a lot of that make us to be represented as the summit alive being pyramid of the animals that live in our world. All this was called intelligence by our own.

Long time ago, this brilliant intelligence considered that in the ground where we lived, had a much appreciated thing. And that thing was called gold. Gold was not anything else than a stone, like the other ones, only it was differentiated by its yellow color. Our big intelligence could take the decision to consider the most valued issue health, friendship, love, equality, brotherhood, loyalty or whatever which human being had himself. But it was not like that. And human being take the decision to give all the value to those stone. But the ability called intelligence, invented a new version of gold, more simple to manage, and cheaper to obtain, so, it invented money. In the beginning money was supported by gold value, but later, money become in a value itself.

In this way the human being began to change his own values by this new invent called money, put at risk health, friendship, brotherhood, loyalty, and, sometimes, even life. And so this new value lead human being to defame, to ignominy, to vilify, to accuse, to enslave, to subdue, to kill, to arrest, to jail, to humiliate… to other human beings. So, nowadays, we go on making this world an inhospitable place for human beings and more kind for his invent, money. Money travel without borders, in all directions, is not bombed, is not wounded or damaged, is not jailed, but it is kept carefully. Money doesn’t suffer, doesn’t be hungry or thirst, doesn´t be sleepy, and it never is ill.

Therefore, human being, will die, buried inside his invent, money, over this dirt and waste mountain which he transformed his world.

Coment with us on Social Media via Twitter,Facebook & Instagram. ¡Your opinion matters!