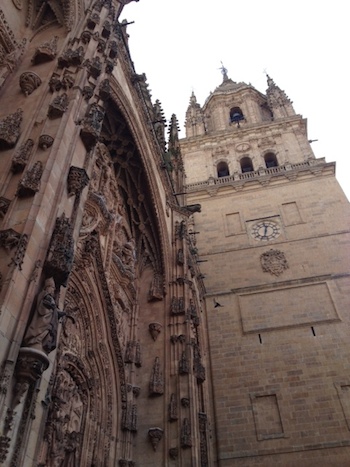 Explore History and Architecture in the Cathedral of Salamanca

SALAMANCA, SPAIN. Salamanca is an amazing place with huge, spectacular buildings at every turn. One of the largest of these buildings is the Salamanca Cathedral, which is actually two cathedrals attached to each other. The Old Cathedral was not destroyed with the building of the New one, as usually happens. 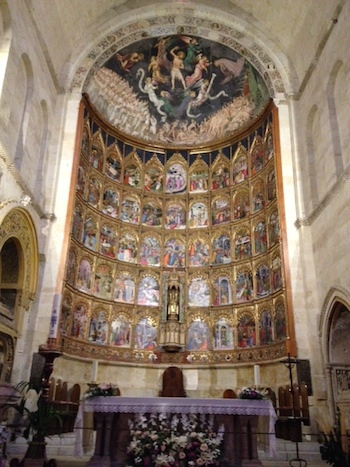 The Old Cathedral was built between the 12th and 13th centuries. It was designed in a Romanesque style. It has many chapels inside, and mural paintings by Nicolás Florentino. There are beautifully decorated tombs of bishops, and the chapels surround a cloister. 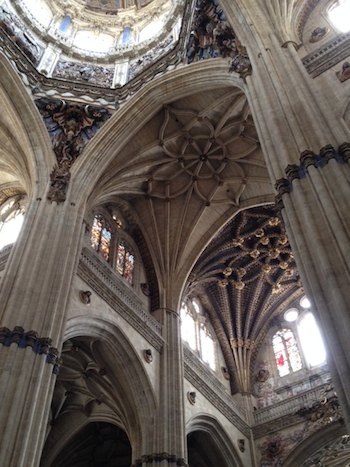 The New Cathedral was constructed in a Gothic and Baroque style. The Gothic style was chosen so that this newer addition would blend with its older counterpart. The Cathedral was commissioned by Ferdinand 5, and building began in 1513 and was finished in 1733. It was damaged by the Lisbon Earthquake of 1755. The façade of the New Cathedral also has an astronaut carved into it, hidden among the figures. This is because the cathedral was undergoing renovation in the late 1900’s and an artist decided to sign his work by including a contemporary symbol.

Entrance to the Cathedral costs 4.75 euros for adults and 4.00 euros for students. The audioguide, included with the ticket and available in many languages, was really helpful and explained the history of the cathedrals very well. 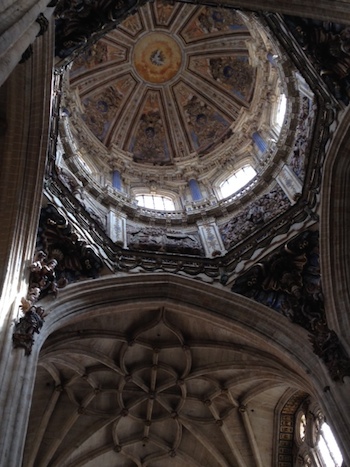 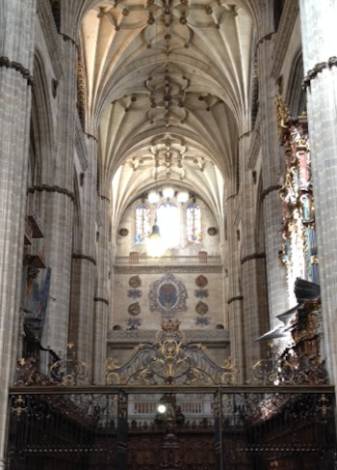 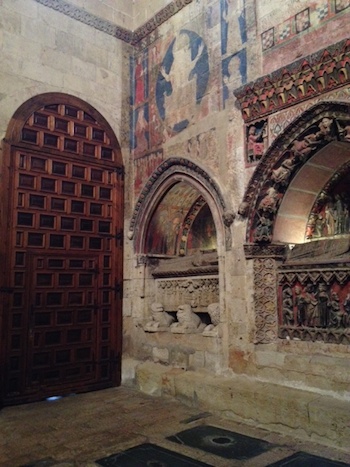