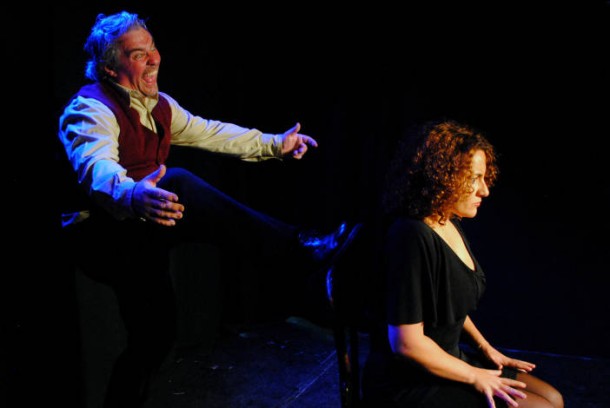 MADRID, SPAIN. Antón Chéjov’s El Oso is a one act comedy about a widow who has refused to leave the house since her husband passed away. A landowner comes to the house demanding money owed by her late husband, which she refuses to pay until the following day. The one-hour play is essentially a battle of wills between the two equally angry lead characters: the widow, who wants this stranger to leave her house, and the landowner, who refuses to leave until he is paid. Their irrational quarrel peaks as the landowner jokingly suggests a duel, to which the widow boldly fetches two guns. However, brought together by their mutual passionate loathing, the pair ultimately fall in love and the play ends with their embrace.

In Paco Obregón ’s production at Sala Bululú 2120 theater, the battle of wills was magnified by the overwhelming strength of both actors. Laura Moreno succeeded in portraying a stern and proud widow filled with hatred and anger. Her strong posture and deliberate movement gave a veritable impression of a woman very capable of manipulation, who would not yield to anyone.

Nacho Amado embodied the likeable yet irate landowner whose raging soliloquies were comical if not slightly deafening. His facial expressions flew from blood-boiling wrath to calm composure to feeble attempts at sweet-talking his opponent. 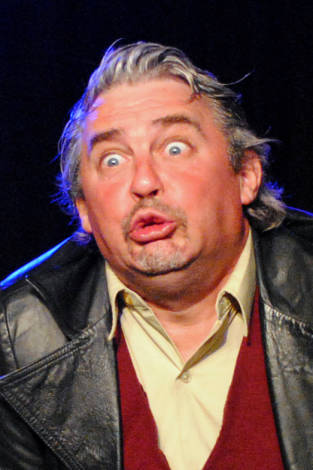 The interaction between the pair developed throughout the play. At first they attempted politeness, she offered him a drink, they addressed each other in the ‘usted’ form, yet this façade was quickly broken down and the struggle for power began. The set was simple and unobtrusive, yet a wooden chair was used as a key prop throughout as a symbol of control. When both characters were on stage, the person with the upper hand would have possession of the chair. 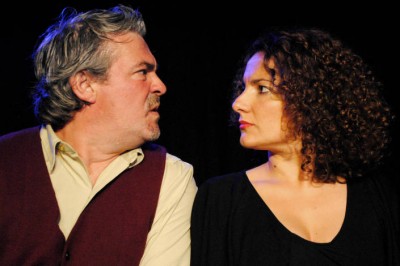 As their relationship changed, their movement grew closer together, leading to a climactic moment when he touched her arm for the first time – to show her how to use a gun. The sexual tension was suddenly apparent and from this point we witnessed each character’s inner turmoil as they struggle to accept this new feeling.

For a seemingly simple story, the actors and directors of the play did a fantastic job of creating a show that was both hilarious and captivating. Through lengthy, emotional dialogues and precise staging, the play presented the unusual concept of love as a product of passionate anger.