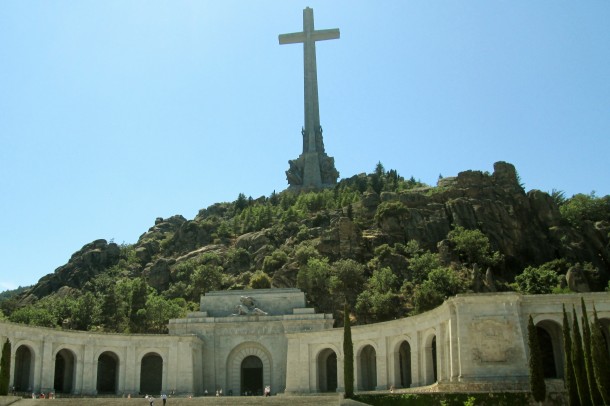 Two Pivotal Keys to Remembering the History of Spain

MADRID, SPAIN. Spain and most of Europe have a luxury that is oftentimes taken for granted by local residents. Madrid, for example, is home to exemplary historical treasures that date back centuries. For a visiting student like me, I wanted to make sure that before I left the country I saw as many of these luxuries that the city offers. Therefore, on my last week in Madrid I made sure to visit two monuments, El Monasterio San Lorenzo de El Escorial (El Escorial)and El Valle de los Caídos (Valley of the Fallen), that symbolize fundamental historical periods of the country’s history.

When I began planning for this trip, I found that it was better to first visit the El Escorial and then the Valley of the Fallen. There are plenty of buses that travel directly to the pueblo that encompasses the monastery from the Moncloa stop, but none travel directly to the memorial. Because of this, the options of where to begin are limited if traveling on public transit. Therefore, to begin this day trip you should to arrive at the Moncloa metro stop (yellow or gray line) around 10:00a.m. Moncloa is also a bus station where two buses, Herranz buses 664 or 661, frequently travel up to the El Escorial. In total, the bus ride will last around 45 minutes and the ticket will roughly cost you 1.50€. 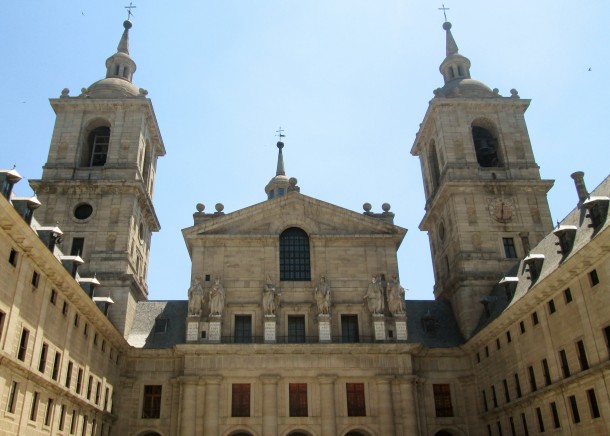 Once you arrive at the encompassing pueblo, it is only a ten minute walk to reach the momentous El Escorial. In order to enter the monastery, visitors must pay either the general fee of 10€ or the reduced fee of 5€. Students with a valid ID may purchase and ticket at the reduced rate. All visitors may tour the architectural museum, a small art collection of paintings from the 15th through the 17th century, the Hall of Battles, the Pantheon of Kings and the Pantheon of Princes where the Hapsburg and Bourbon royal line are buried, and the royal library. Throughout the guided visit, you will learn about the rich history of the palace and monastery, such as that construction of the El Escorial began in 1563 and finished in 1584. King Phillip the II, son of Holy Roman Emperor Charles V, commissioned the building of the El Escorial primarily to house the tombs of his parents and his royal line.

Specifically, each individual stop offers more details that pertain to the theme of the room. For example, at the architectural museum chief architects Juan Bautista de Toledo and Juan de Herrera are distinguished for their brilliant designs and efforts for the construction of this site. Furthermore, the library adored with stunning frescoes portrays the personal library that King Phillip the II donated to this palace. The El Escorial is undoubtedly an emblematic reminder of the grandeur and power of Spain during the 16th century, otherwise known as the Spanish Golden Age. Overall, the tour of the palace and monastery takes about two hours, leaving enough time to have lunch before taking the bus up to the Valley of the Fallen.

The bus that to goes to the Valley of the Fallen only makes the trip once. That bus departs from the bus station of the El Escorial at precisely 3:15p.m. To be safe, it is best to arrive at the station by 3p.m. so that you have a sufficient amount of time to purchase your ticket. The ticket costs 10€, which includes the round trip bus ride as well as the entrance fee to the basilica of the Valley of the Fallen. After a forty-five minute ride you will arrive at the desired destination. Remember that this very bus will make its way back to the bus station of the El Escorial pueblo by 5:50p.m., therefore you have roughly one hour to visit the basilica. 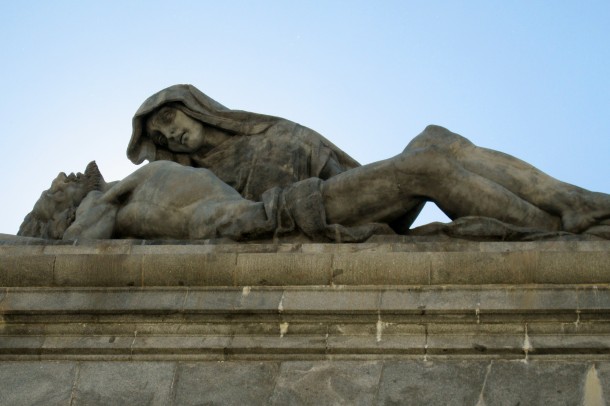 To many, the Valley of the Fallen is an ominous and controversial, site. This memorial is supposed to honor all of the fallen soldiers that fought in the Spanish Civil War. However, the history behind the basilica does not emulate that. The Spanish Civil War is still very fresh in the minds of the Spanish, and is considered by many as a dark time in Spanish history. Essentially, after three years of civil unrest the Nationalists succeeded in obtaining power over the country. Their leader, General Francisco Franco, assumed the role of chief of state and thus commenced a dictatorship that lasted until his death in 1975. Shortly after becoming “Chief of the People,” Franco commissioned the construction of the Valley of the Fallen. It is well-known that Franco forced his political prisoners to build this basilica. For this reason, the Valley of the Fallen is seen more as Franco’s personal shrine of victory and memorial for his personal followers.

The most striking feature of the memorial is the 500 foot cross that towers over the basilica (see feature image). Once entering, the walls are decorated with both faceless angels that guard the fallen and numerous tapestries that depict scenes of the Apocalypse. The basilica has one grand passageway that leads directly to the altar, which is also the location of the burial site of none other than the conservative dictator himself. Another reason as to why this site is controversial is because José Antonio Primo de Rivera, the founder of the Spanish Fascist Party, is also buried here. Once you have completed the tour throughout the basilica, you can take the bus back to the bus station of the pueblo and immediately catch one of the Herranz buses headed to the Moncloa stop. From there, you can make your way back home using the metro system.

Although part of my day trip consisted of visiting a controversial monument that haunts many dissidents of the dictatorship, I am glad that I made the trip. One of my goals for my stay in Madrid was to immerse myself in the culture as much as possible. To me, that includes becoming aware of the influence that both glorious and shameful historic periods of the Spain still have over the Spanish. After my visit, I can say with certainty that both the El Escorial and the Valley of the Fallen are indeed the remarkable treasures that I sought them out to be and definitely worth the visit.