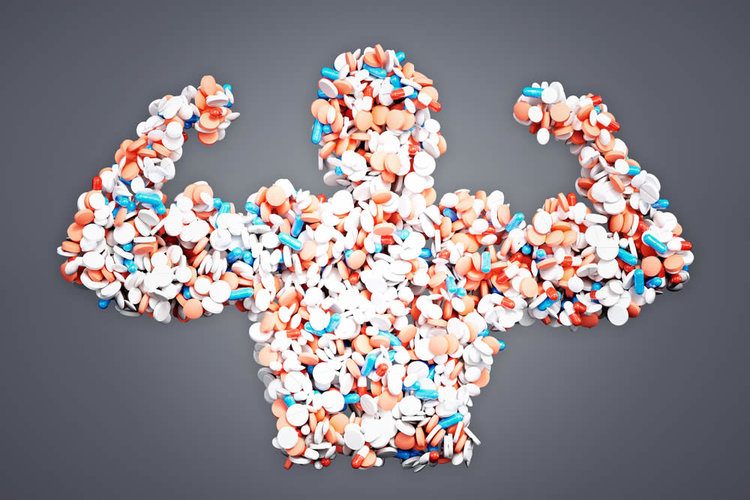 Doping has been around since the creation of sports. Performance-enhancing drugs and other substance abuse have been a constant blemish on the sports world and have only been magnified in recent history. Athletes, trainers and coaches have pushed the boundaries of sports to new limits through abuse of performance-enhancing drugs, creating a sports market so competitive and exciting that there might be no going back. With advances in medical technology, drugs and other substances have become much more accessible to athletes and much less detectable for drug and doping agencies.

In recent history, baseball, cycling and a variety of Olympic sports and events have had the most difficulty in preventing the usage of performance-enhancing drugs. However, these are certainly not the only sports dealing with the problem of drug and substance abuse. If anything, these sports have just been the most unlucky in preventing big-time scandals (Alex Rodriguez, Lance Armstrong and Carl Lewis to name a few), but they aren’t alone in player-usage of PEDs (Performance Enhancing Drugs) and other substances. While soccer and basketball have been able to steer clear from huge PED scandals, they’ve still had their own issues with recreational substance abuse and are likely not PED-free, rather they’ve been tighter in their efforts to conceal large scandals and with their current drug legislation. American football, specifically the NFL, is very much in a gray area when it comes to PED usage and legislation. While every year the NFL performs drug testing and has restrictions similar to other sports and leagues, there are many people and former players who are insistent that there is rampant use of PEDs and HGH (Human Growth Hormones) in the NFL. If such a scandal were to break, the sport would be under a ton of pressure to repair their reputation through stricter regulations and strong penalties for rule-breakers. This might change the sport entirely and make it into something different and less exciting than what fans have come to know and love. This possibility raises a popular question in substance and PED debates across the sports world: if sports are more exciting and popular than ever and a ton of athletes are already using them, should PEDs and other substances even be banned from sports?

A large majority of people argue against PED usage in sports. Many believe an athlete’s success should be due to natural ability and athleticism, not artificial strength, and I couldn’t agree more. Another common anti-PED argument is that sports should be based on principle and common ethics; athletes shouldn’t be rewarded for cheating and cutting corners, they should work hard and be role models for young athletes and children across the world.

The counter-argument, however, is admittedly quite enticing. A much smaller number of people advocate for PED usage and before you write them off, you should consider their reasoning. Pro-PED advocates argue that performance enhancers and other substances are already so widespread and frequently used that only those who don’t actually “dope” are at a disadvantage. Athletes and trainers can receive the drugs they want at will and drug distributors and industries have always been a step ahead of the doping agencies so athletes often go undetected. Another way of wording the argument is simply, “if everyone’s using it, why is it unfair?” Another justification of PED usage by some is that sports have never been as popular or as exciting than when athletes have been using PEDs. One proponent of PEDs, G. Pascal Zachary, argues in a Wired Magazine piece that if sports are meant to benefit the fans, PEDs shouldn’t be taken away but rather they should be regulated. He believes that fans want to see the very best of athletes, the “freaks of nature,” and if PEDs can provide that, then why not allow them?

Fortunately or unfortunately, there will be PED and substance abuse in sports now and for years to come. While many believe that PEDs are bad for sports and don’t have a place, others advocate for tolerance of PEDs with certain regulations and guidelines. Until doping and drug agencies can catch up, athletes will continue to abuse PEDs and other substances and remain undetected. With the nature of professional and amateur sports today, any way to get a leg up on a competitor is in play and thus athletes use PEDs to be not only the best they can be, but better. Even with all of the bodily risks, side-effects and possible punishments, athletes continue to abuse PEDs. With so much pressure on athletes, it is hard to imagine a world in which sports become dope-free today or in the future.