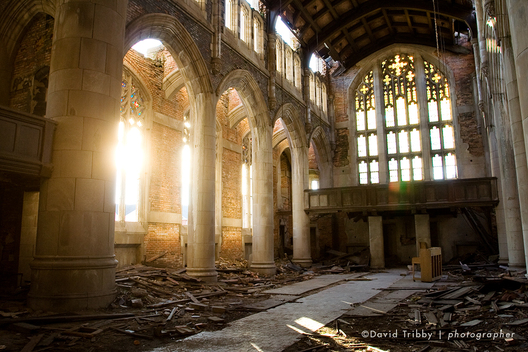 5 Forgotten Cities – Where Time Has Stopped

Every city will eventually go away. Usually they’ll be abandoned or paved over to build a professional sports stadium for the bigger neighboring city. And then there are the cities that die hard. One morning they’re there and the next, nothing. What happens in between is often so spectacular and fast you wouldn’t believe it if you saw it happen in a disaster movie. Here are cities nature sacrificed so that we may appreciate the fact that as of right now, she has not yet murdered us.

1. Chan Chan — The largest  city in South America, Chan Chan is an archaeological site in the Peruvian region , 5 km west of Trujillo. The Chimu Kingdom, with Chan Chan as its capital, reached its apogee in the 15th century, not long before falling to the Incas. The planning of this huge city — the largest in  America — reflects a strict political and social strategy, marked by the city’s division into nine ‘citadels’ or ‘palaces’ forming autonomous units. It is triangular, surrounded by 50–60-foot (15–18 m) walls. North-facing walls have the greatest sun exposure, serving to block wind and absorb sunlight where fog is frequent. The numerous walls throughout the city create a labyrinth of passages. The monumental zone of around six square km in the center of the once twenty square kilometers   city, comprises nine large rectangular complexes (‘citadels’ or ‘palaces’) delineated by high thick earthen walls. Within these units, buildings including temples, dwellings, storehouses are arranged around open spaces, together with reservoirs, and funeral platforms. 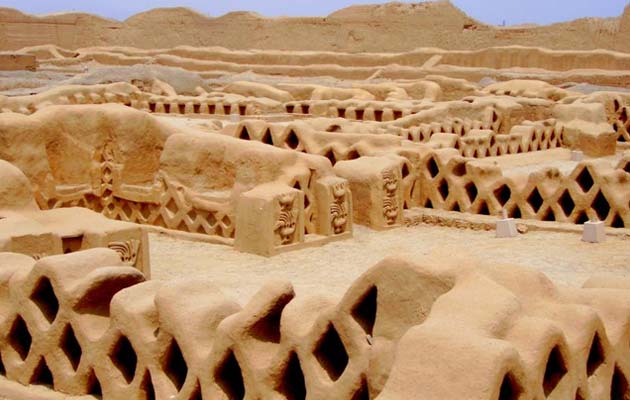 2. Persepolis literally meaning “city of Persians”, was the ceremonial capital of the Achaemenid Empire (ca. 550–330 before Christ ). Persepolis is situated 70 km northeast of city of Shiraz in  Province in Iran. Persepolis is near the small river Pulvar, which flows into the river Kur (derived from Persian word Cyrus ). The site includes a 125,000 square meter terrace, partly artificially constructed and partly cut out of a mountain, with its east side leaning on Kuh-e Rahmet (“the Mountain of Mercy”). The other three sides are formed by retaining walls, which vary in height with the slope of the ground. From 5 to 13 metres on the west side a double stair. In 316 BC Persepolis was still the capital of Persia as a province of the great Macedonian Empire. The city must have gradually declined in the course of time – the lower city at the foot of imperial city might have survived for a longer time; but the ruins of the Achaemenidae remained as a witness to its ancient glory. It is probable that the principal town of the country, or at least of the district, was always in this neighborhood. 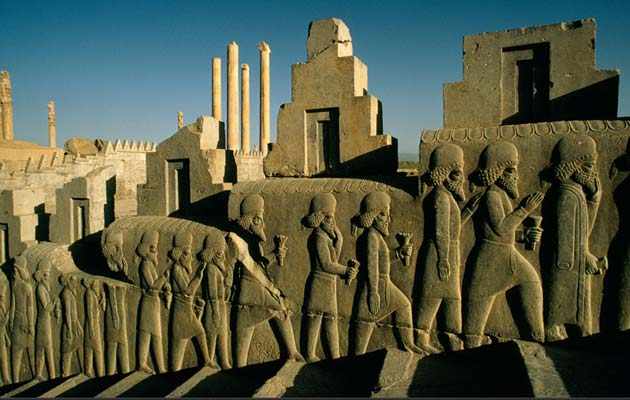 3. Timgad — (called Thamugas or Thamugadi in old Berber) was a Roman colonial town in the Aurès Mountains of Algeria, founded by the Emperor Trajan around AD 100. The full name of the town was Colonia Marciana Ulpia Traiana Thamugadi. With its square enclosure and orthogonal design based on the cardo and decumanus, the two perpendicular routes running through the city, it is an excellent example of Roman town planning. Timgad, located to the north of the massif of the Aurès in a mountainous site of great beauty, 480 km south-east of Algiers and 110 km to the south of Constantine, is a consummate example of a Roman military colony. The Colonia Marciana Traiana Thamugadi was founded in 100 A.D. by Trajan, probably as an encampment for the 3rd Augustan Legion which, thereafter, was quartered at Lambaesis. Its plan, laid out with great precision, illustrates Roman urban planning at its height. 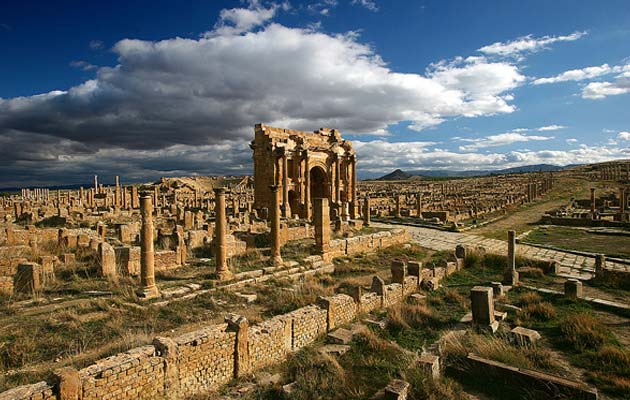 4. Taxila (Punjabi, Urdu ) is a town and an important archaeological site in Rawalpindi district of the Punjab province in Pakistan. Taxila is situated about 32 km (20 mi) north-west of Islamabad and Rawalpindi; just off the famous Grand Trunk Road. The town lies 549 meters (1,801 ft) above sea level. It is the headquarters of the Taxila Tehsil in Rawalpindi district. Taxila, located in the Rawalpindi district of Pakistan’s Punjab province, is a vast serial site that includes a Mesolithic cave and the archaeological remains of four early settlement sites, Buddhist monasteries, and a Muslim mosque and Madrasah.  It is now one of the most important archaeological sites in Asia. The ruins of the four settlement sites at Taxila reveal the pattern of urban evolution on the Indian subcontinent through more than five centuries. One of these sites is associated with the historic event of the triumphant entry of Alexander the Great into Taxila. 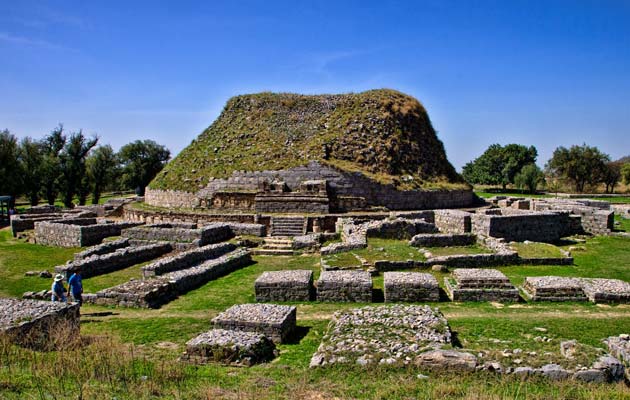 5. Great Zimbabwe — is a ruined city in the southeastern hills of Zimbabwe near Lake Mutirikwe and the town of Masvingo. It was the capital of the Kingdom of Zimbabwe during the country’s Late Iron Age. Construction on the monument by ancestors of the Shona people began in the 11th century and continued until the 15th century, spanning an area of 722 hectares (1,780 acres) which, at its peak, could have housed up to 18,000 people. It is recognized as a World Heritage Site by UNESCO. The Hill Ruins, forming a huge granite mass atop a spur facing north-east/south-west, were continuously inhabited from the 11th to 15th centuries, and there are numerous layers of traces of human settlements. Rough granite rubble-stone blocks form distinct enclosures, accessed by narrow, partly covered, passageways. This acropolis is generally considered a ‘royal city’; the west enclosure is thought to have been the residence of successive chiefs and the east enclosure, where six steatite upright posts topped with birds were found, considered to serve a ritual purpose.