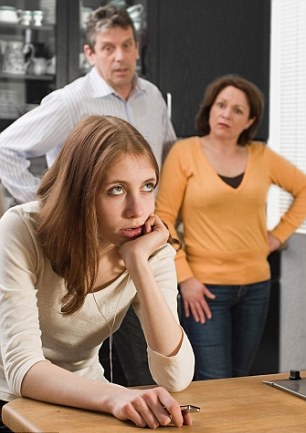 It’s an arguing debate about social media in our daily routine life. Social media is a never-ending popularity contest, teens and adults may use online apps for very different purposes. Researchers have found that teens are leveraging social media as a conversation space and an outlet for self-expression to a greater extent than adults, and are also more focused on posting photos that attract attention.

Self-disclosure on the internet is much higher in teens than adults. Researchers conducted a comparative study of 27,000 teens and adults using Instagram, a popular photo-sharing mobile app. In their research, they show the possibility of detecting age information in user profiles by using a combination of textual and facial recognition methods, and of using that information to explore how teens use and engage Instagram compared to adults.

It is shocking to know that more than 90 percent of Instagram users are younger than 35. Observational data defined teens as people between 13 and 19 and adults as those between 25 and 39. Researches used an application programming interface (API) — a set of programming instructions guiding interaction with a particular app — to extract users’ data, and record their usage (frequent comments and likes).

Researchers used interesting novel method to carry out their research. This method leverages online biographies and profile images with existing APIs. First, they applied textual pattern recognition algorithms to parse a list of patterns that specifically describe a user’s age (e.g. “I am a teenager”). Second, they used an online tool called Face++, which was designed to detect ages and genders of people depicted in photos.

According to researchers, the results of the observational data was surprising. Results show teens were found to post fewer photos on Instagram than adults. It can be hypothesized that teens may have limited resources to explore environments outside their daily activities, and therefore not have the opportunity to take the diverse array of photos that many adults do.

Also, clear difference between the two groups can be seen in terms of topics they engage. For teens, more than half of photos posted fall under “mood/emotion” and “follow/like” topics. Those topics are not necessarily tied to the content of photos but rather describe one’s emotional status or the intention to have more followers. On the other hand, adults show a higher ratio of posts falling under more diverse topics, including “arts/photos/design,” “locations,” “nature” and “social/people.”

This may be due to the fact that teens are financially and culturally dependent on their parents to venture outside of their daily activities compared to adults.

While teens may not post as many photos as adults do on Instagram, they appear to be much more conscientious about how they portray themselves. Through photo content analysis and calculating the number of photos with tags and those with “selfie-tags,” the researchers found that teens post more selfies than adults do. In addition, teens tend to manipulate their photo content to receive as many “likes” as possible, and remove photos with too few likes.

Teens also tend to be more verbose in their bios, the researchers reported, and to actively advertise for others to follow them. Teens tend to have more likes, tags and comments and to be more expressive about themselves and their photos. According to the researchers, the results support the idea that teens see social media as a place for self-representation.

These results provide an opportunity to study generation difference in social media. In coming years, it will be an interesting topic to check habits of youth. For example, will youth change when they reach a certain age? It may be predicted that they may endure characteristics change related to the cultural moment when they grew up in.

Through study of Instagram behaviour, it can be proved that human behaviour develops over time in relation to different social media platforms.