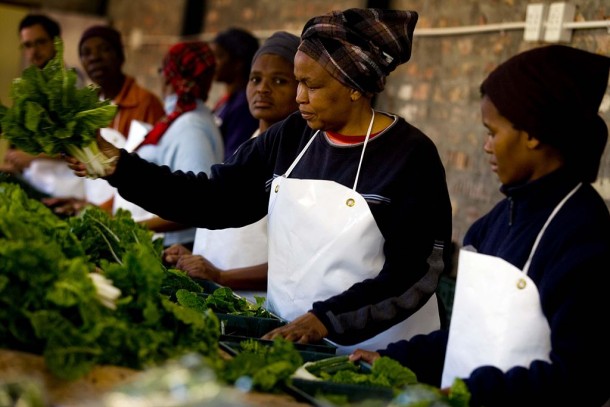 According to the World Health Organization, the World Food Summit of 1996 defined food security as existing “when all people at all times have access to sufficient, safe, nutritious food to maintain a healthy and active life.” As simple as it sounds, food security remains one of the biggest global challenges as nearly one third of the world population suffers from hunger, malnourishment and starvation. In reality, food security is by no means a matter of simplicity because it concerns not only the supply and demand but also access and production of food in communities, countries and the world as a whole. Nevertheless, a food-secure future is essential to the development and sustainability of nations and, in particular, developing nations.

Common consensus often traces the lack of development in developing nations to their tendency towards wars, conflicts, governmental corruptions and natural disasters. As these events occupy the front pages of global media, truly desperate circumstances, such as food shortages, chronic hunger and uneven food distribution, become buried in neglect. Yet the significance of food security issues is tantamount to that of wars and conflicts. An article from The Guardian recently dissected a report written by experts from the UK, US, China and India, which compares the severity of food security threats, such as climate change, to that of nuclear war. According to the report, rising temperature and extreme water shortage especially plague developing regions in the likes of southern Africa and south Asia.

The shortage of food reserves and lack of potable water often force people to migrate to better developed countries with comprehensive infrastructures for food production and distribution. This has been evidenced in recent months as migrants in Africa continue to board trafficking ships for Europe. Meanwhile, heat waves scorching farmland and droughts affecting potable water have killed hundreds of people in India. These events demonstrate the role of food security in developing nations, which not only ensures the health of citizens but also the stability of societies and peace of nations.

On the other hand, despite the harms of climate change, globe-wide progress in terms of food security has been made in the past few years. The prices of various food items have fallen as more and more malnourished people are able to feed themselves either because of an economic pickup or international aid. However, the phenomenon of starvation and chronic hunger in much of Africa and Asia still prevails, questioning the existence of an effective solution to such an impediment to global peace and stability.

As complicated as it is to solve the problems of poverty and insecurity, former U.S. Secretary of State Madeleine K. Albright, in a recently published article in The Aspen Journal of Ideas, has proposed collaborations among different sectors at a moral and human level as a way to achieve food security. Albright points out the fact that neither governments nor businesses are omnipotent in any way to solve this complex issue by themselves. Therefore, public-private partnerships, which involves governments, businesses, NGOs and organizations that share the same purpose, are essential in achieving food security. It is a new take on the basic idea discussed often this century, that together we stand to produce a better future and apart we cannot hope to conquer these complicated issues. Food security is a problem we can take on via public-private partnerships, yet this cannot happen unless we can pull together to effect change.