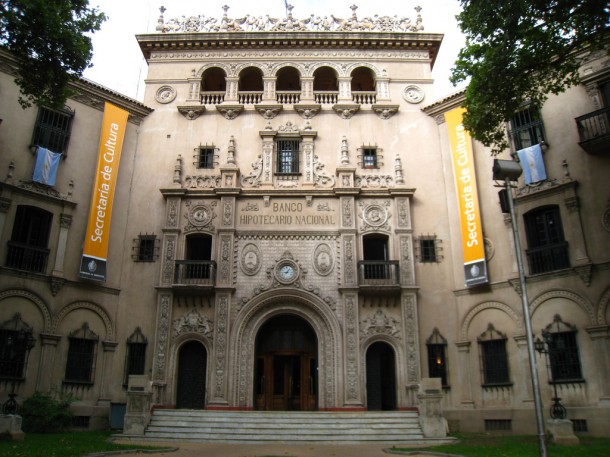 ARGENTINA. The fortune of the most European Latin American country is faltering. This is, in large, due to the undisputed debt that is owed by Argentina to its main financiers. Recently, a court ruling in New York stated that the state of Argentina could not renegotiate their debts. This is largely attributed to a group of Argentine bondholders, most formally known as the ‘vulture funds’ in Argentina. However the process of repayment has been an extension of the country’s worst economic crisis in 2001, in which they were only willing to pay its creditors a portion of the total cost estimated at $100 million. Unfortunately, the selected few of these so-called bondholders refused and instead demanded complete repayment.

Within the scope of international relations, there always remains a culprit and a victim. In this case it is not that easy to define and, depending on the perspective or ideology, it could change. Those that support American exceptionalism will argue that it was the failure of Argentina’s accredited staff to formulate an agreement with the bondholders before the July 31 deadline. Moreover the legitimacy of the Argentinean government has also been questioned. For example, Argentinean president Cristina Fernandez de Kirchner avoided the pending contract towards U.S. jurisdiction thus enlarging the contempt expressed by the bondholders. As a result, de Kirchner used a strategy that is all too well known by the majority of countries in Latin America – the idea of the dependency theory. The main core beliefs of this social theory is the notion that less developed countries (Argentina) are exploited by the developed world, thus highlighting the hegemonic threat of U.S. dominance in an already malnourished region of the world. De Kirchner has repeatedly blamed the crazed U.S. bondholders for the country’s economic downfall. The immature name blame has extended to the streets of Buenos Aires, in which signs are publically displayed with the image of the U.S. flag and the catch phrase “Basta Buitres” which loosely translates to “Enough Vultures”.  She has sought the assistance of the International Court of Justice for the recognition of a law suit against the decision made by the U.S. citing the imperialist country for violating its sovereignty.

It could also be argued that New York judge Thomas Griesa is to blame for the current predicament, described by Argentina’s chief of staff Jorge Capitanich as “(clearly) an agent for the vulture funds”. Due to Griesa’s inability to appoint a proper response, Argentina has now been publicly humiliated and shunned from other world financial markets. Now the possibilities of voluntary negotiations between the debtor countries and private creditors are virtually impossible. The same bondholders will now be able to force developing countries to pay fully the aforementioned value, leaving little scope to the imagination of future negotiations. One can only wonder the longevity of building friendly relations, if it is even worth assisting those countries that are in need without taking advantage of their social/economic defects.