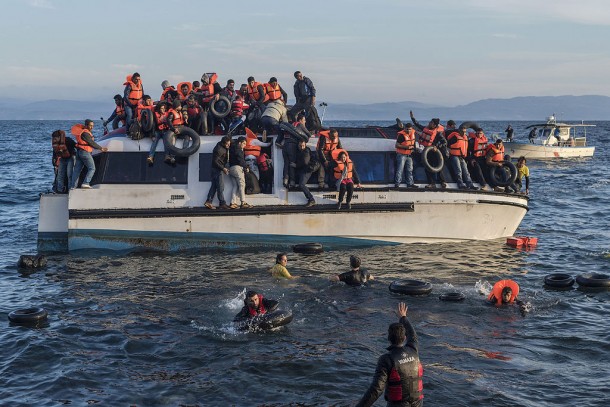 European countries, including Spain, have had to deal with an unprecedented humanitarian crisis this year: the refugee crisis affecting more than 4 million people around the world.

The EU refugee crisis fueled by the war in Syria and the subsequent number of refugees that looked for a better future in Europe, created the need for an organized response to the crisis. As footage of thousands of migrants drowning in the Mediterranean made the news, there was added pressure on the EU to act as soon as possible. Part of the response included establishing a mandatory quota system for EU countries to share 160,000 refugees among them.

Perhaps surprisingly given the “Refugees Welcome” sign hung prominently outside the Madrid City Council, but Spain has been one of the European countries that have so far received few refugees. That could change though as Spain announced it will accept approximately 16,000 people between 2016 and 2017.

The first step in Spain’s refugee relocation plan was to take in 586 refugees from camps in Greece, Italy, Turkey and Lebanon by the end of June. However, as of early July, only 305 refugees have arrived in Spain.

The Interior Ministry blames this delay on bureaucracy and argues more refugees will arrive by the end of the summer season. Besides, given the surge of terrorist attacks in the past year, even in Europe, authorities are being more cautious. As anonymous police sources told El Pais, Spain’s newspaper of reference, “it has been confirmed that some jihadists have returned using the refugee routes.”

“The Spanish people want to welcome the refugees and help with their integration, and that’s the most important thing of all,” Sánchez said. “The rest is logistics.”

As of now, refugees arriving in Spain are either placed in a reception center of the Ministry of Employment and Social Security or of a non-governmental organization and are offered among others meals, mental health support and guidance for job searching. Refugees are also receiving Spanish lessons and also access to the school system for children. Accepted refugees are housed in Spain’s five major cities: Madrid, Barcelona, Seville, Zaragoza and Bilbao.

However, there have been people questioning the effectiveness of the Spanish relocation program. Enrique Álvarez, head of the Integrated Sports Foundation, a non-governmental organization that assists refugees settled in Madrid, said the real challenge will come up when those accepted will start looking for a job.

“How can we have 16,000 people leaving a refugee center after a year with no jobs to go to?” Álvarez said.

Yet, compared to the almost 5 million Spaniards that are currently unemployed, 16,000 ranks fairly low.

In any case, as of now the number of refugees in Spain is far from the 16,000 target and thus the effects of taking in more refugees remain to be seen.