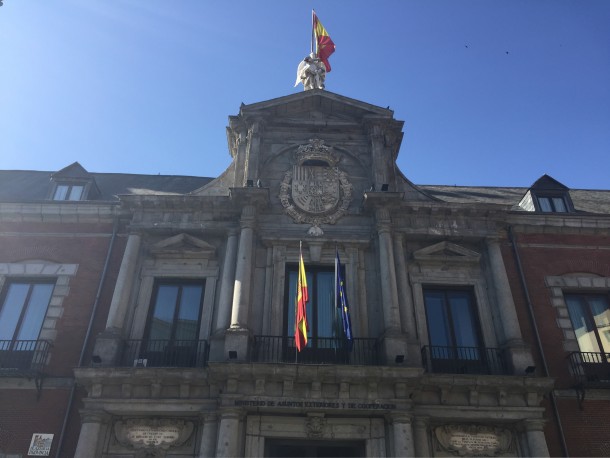 Four Things I Learned While Travelling to Madrid

College students have all heard that they needed to travel the world before having with a family and a stable job. They have been told to experience new things with an open mind, and for the most part, they have. For example, gender no longer defines who stays at home with the kids and who works. Things that were once considered taboo, such as gay marriage or women wearing their dresses a certain length, aren’t as harshly judged now as they have been in the past.

This was what I had in mind when I decided to travel to Madrid, Spain. I had not traveled out of the United States for 18 years and decided that it was my right to do this. I was a college student, I was majoring in journalism, and I thought that I had this trip all figured out.

In the four days that I have been in Madrid, I have learned more about what it means to travel than I ever thought I would in my life. So, I have compiled a list of 4 things that I learned while in Madrid. But, this list isn’t just for those traveling to Madrid. This is a list that I think everyone, no matter where they are going, should keep in mind.

1. When traveling out of country, do not check the luggage.

I mean it. Unless you have a reliable air line that can guarantee your luggage will make it to the same place as you, don’t check it. Carry it on the flight with you. Pack a backpack or a duffle bag with the necessities and just go. Trust me, it is so much easier.

I learned this after my flight itinerary was changed not once, not twice, but three times in the span of four hours. By the time I had discovered my flight from North Carolina to JFK had been cancelled, I knew that my luggage wasn’t going to be arriving anytime soon. I accepted it. I just didn’t think that it would be several days until I got my luggage.

Shop, Wine, Invest, and Music might be not as catchy as “just keep swimming”, but it did help me get out of the funk I was in after finding out my luggage was delivered to the Madrid airport but no one could get in contact with me about dropping it off.

My mom had to tell me over the phone to calm down and get my mind off of it. She told me to go shopping, have some wine, invest in a fan, and listen to music to help calm me down. So I did and, surprisingly, it worked.

Take a day where you do nothing but walk around and get lost. It’s a magnificent experience to not have any consequences or boundaries on where you can go. In fact, it gives you a whole new appreciation of where you are.

It’s something you should do if you’re traveling by yourself or with a friend. There are no boundaries such as an itinerary or someone telling you what to do. It’s all your own. I spent a whole day by myself walking around Madrid.

If getting lost in a place you haven’t been before scares you, no worries. Grab a tour guide. They’ll tell you what place is good, what you should do while there, and recommend hot spots.

I was lucky that the woman I was staying with, Patricia Morcillo Mostaza, also happened to be a tour guide and invited me on one of her tours. She walked me and two other tourist from the U.K. around some of the main shopping areas and eateries, such as Mango for shopping and El Tigre for tapas. We visited Monasterio de la Encarnacion, which is on a square between the Royal Palace and Plaza Espana. It is a convent that was founded in 1611 by Queen Margarita, the wife of Felipe III, and is best known for it’s relics of saints.