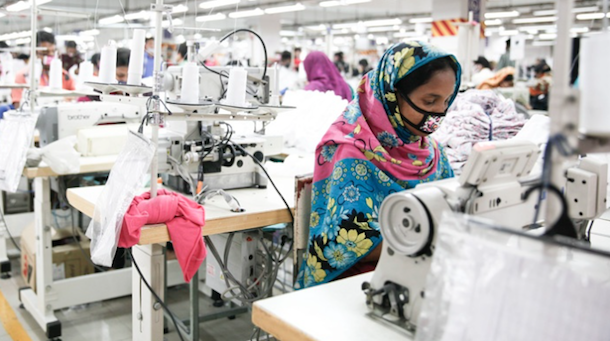 Fast Fashion: The Dark Side of the Industry

Economic globalisation means that the production of goods has been moved to low-cost economic areas of the planet where the labour forces work for lower than the minimum wage and in inhumane conditions. These big companies that control the fashion industry are at the top of the value chain and get to choose where to produce and at what price.

With rising demand for the latest fashion garments, pressure has mounted on clothing companies to keep prices affordable and to stay competitive within the market.

The fashion industry today has been re-invented. The phenomenon of “fast fashion” is based on big textile industries renewing their collections every week. Instead of having two seasons a year, there are practically 52 seasons a year having new products coming in to the stores weekly.

Therefore, factories in developing countries have to adapt their working conditions in order to satisfy the competitive spirit of these businesses. Because of the huge competition within the fashion industry, brands force the factories to squeeze as much as possible their prices in order to get the business.

Arif Jebtik, the owner of a garment factory in Dhaka, Bangladesh; explains how he has to pressure his workers when companies are asking for even cheaper prices than the competence.

“Because we want that business so badly, and we don’t have other options we say “okay”. Every time we are trying to survive actually” Arif Jebtik stated.

Violating the human rights of the workers, cutting corners and ignoring security and health measures seem to be accepted in this new “fast fashion” model. This hidden side of the industry was exposed to the public in all medias when an accident happened in Dhaka in April 2013. An eight-floor building known as Rana Plaza collapsed with thousands of deaths reported. Although the cracks on the walls of the building were previously reported by the workers, they were still forced to come back into work that day. This building was used by many textile industries like Mango, Inditex or Primark.

How is it possible that an industry that makes so much profit is unable to support its workers? Big businesses justify these facts explaining that they are allowing them to have better alternatives and they are not the worst options they have. They are part of a process that raises living standards.

“There are a lot worse things that they can be doing. There’s nothing intrinsically dangerous with sewing clothes” states Kate Ball-Young, former sourcing manager at Joe Fresh.

But, at what cost? Women and children are working in very poor conditions, earning around 5 cents a day, for long working hours and surrounded by chemicals that are harmful for their growth. 70 to 80 kids in villages in India suffer with cancers, face severe mental retardation or physical handicaps because of the contaminated water that businesses throw in rivers and lakes, and being the only water they can drink.

This is how capitalism works in these areas of the globe. Businesses export the productive process to places like Cambodia or India where there are not rights for workers and trade unions have no power. The main goal is to produce a tremendous profit at all cost and be ahead of the fashion market. This is the dark shadow of the fast fashion.