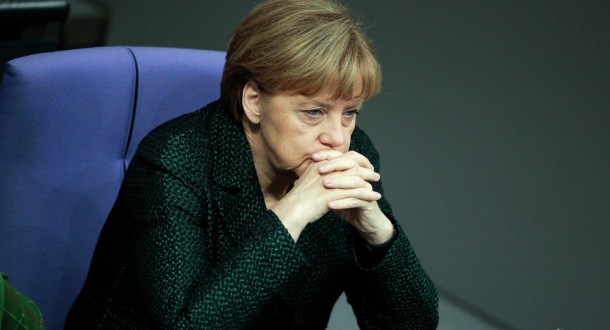 Few Europeans would question German Chancellor Angela Merkel’s comments that Europe’s unprecedented migrant crisis eclipses even the severity of the Greek crisis. Statements by Merkel and other EU heads of state, contribute to a voluminous narrative highlighting the role of governments, the Dublin regulation, Schengen acquis, migrant quotas, and the mobilization and contributions of Member States for migrant safety.

In September Slovakia’s leftist Prime Minister Robert Fico said the EU is no longer safe given the migrant “onslaught.” The decade-old Eurozone member has been quite vocal on this issue. Pressing for the EU to pay more attention to the effects of the migrant crisis on Europeans, the issues of security and human rights, which have typically been addressed from the perspective of migrants, are increasingly being raised to protect Europeans.

Interest in understanding traumatogenic experiences in the context of the migrant crisis from different angles is growing. For many Europeans, trauma and mental health should be a major concern because this is a shared experience and Europeans are very much exposed to the shock and uncertainty of migration.

European communities could rightly be considered vulnerable and even experience levels of depression, anxiety, and post-traumatic stress disorder (PTSD). If integration following immigration is protracted, Europeans may also see a decline in their long-term health and well-being. A failure to integrate would not remain a determinant of migrants’ welfare alone.

Experience violence, referring to direct and indirection associations, can have a devastating effect on people’s psychological functioning. Consequences of Europe’s migrant management can be accredited to the volume of migrants pouring into EU’s border states – primary recipients of EU migration policy. Borders states are less equipped to cope with the influx given poorer infrastructure, relatively recent accession, geographical size, proximities to Schengen limits, and pecuniary constraints.

A fight that broke-out between Syrian and Afghanistan migrants in one of Germany’s shelters in Hamburg’s Bergedorf suburb led to a debate in the Bundestag about Germany strengthening its immigration instruments and pleas for respecting regional values. Panic-stricken families at the shelter were not the only groups to feel a deep sense of fear amid rising tensions.

Segregation of Christians and Muslims has become part of management schemes amid persistent threats. Stories of rape have been made public despite efforts by German police to maintain silence in an effort to avoid empowering critics of mass migration. A recent survey by ARD showed that 51%, up from 38% in September, of Germans now fear migrants.

Tensions boiled-over this past September at Croatian border crossings when migrants physically assaulted migrants. The violence included punching and rocks being thrown amid calls of “Allah hu Akbar.” Europeans witnessed the violence, as have many after the videos were posted online.

On Greek island of Lesbos this past September, waves of migrants arrived in the hope of reaching mainland Europe. Residents witnessed vicious clashes as local policy struggled to contain migrants, 1,000 of whom tried to storm a ferry. It was the same month that thousands of migrants pushed through police barricades at Hungary’s border with Serbia. Holding centers seemingly fostered the resolve of migrants, who simply broke-out.

Swarms of migrants were seen violently attacking Hungarian border police, who responded by using tear gas as rocks and bottles were thrown at them. Authorities also clashed with migrants brandishing weapons. This week, migrants in Brežice, Slovenia protested against what they considered to be “poor” conditions and processing delays by setting fire to the accommodations provided by local authorities. These actions, which signal a new level of violence in the migrant influx, left the shelter resembling a warzone.

Over a hundred migrants attempted to make their way through the Channel Tunnel in early October. Reports were made of migrants aggressively attacking staff members in what was referred to as a well-planned attack. In the past few months Europeans have seen significant changes, if even temporarily, in their freedoms at home. Europeans are posing challenging questions now about the erosion of their fundamental rights not because of their actions but rather those of non-Europeans seeking asylum in the EU.

There is growing discussion about the migrant experience from the perspective of local Europeans. Although more attention is needed in this area, it is line with the need to understand traumatic experiences in the context of migration (not merely treating migrants themselves as the victims or those experiencing trauma), particularly on such a massive scale. Responses to European trauma as well as trauma-related health problems have yet to receive the attention they deserve.

Focus ought be made on the individual and shared levels to better understand different constitutions of trauma, which are situation-dependent. Susanna Schellenberg, Associate Professor at Rutger’s University explains, “[t]he way an object is must not just be distinguished from the way it appears and the way it is represented, but also from the way it is presented given the situational features.”

“Personal and social interpretation of [an] event,” note Lawrence Kirmeyer, Hannah Kienzler, Abdel Hamid Afana, and Duncan Pedersen, members of McGill University’s Trauma and Global Health Program in Canada, is also a critical factor in individual and collective experiences (“family, community, as well as the wider society”) of the migration crisis from a European perspective.

They explain the importance of cultural for its ability to influence “the individual and collective experience of trauma at many levels: the perception and interpretation of events as threatening or traumatic […] culture gives meaning to the traumatic event itself, allowing individuals, families, and communities to make sense of violence and adversity in ways that may moderate or amplify their impact.” Europeans are faced with the challenge of processing the migrant experience involving constant adaptation to expectations and uncertainty ushering in immense anxiety and stress.

Europe’s current migrant crisis is far from a singular experience. Rather, it is shared and involves each and every European as objective and subjective interpreters of the migrant spectrum, core features of which include instances of protest, threats, and physical violence.