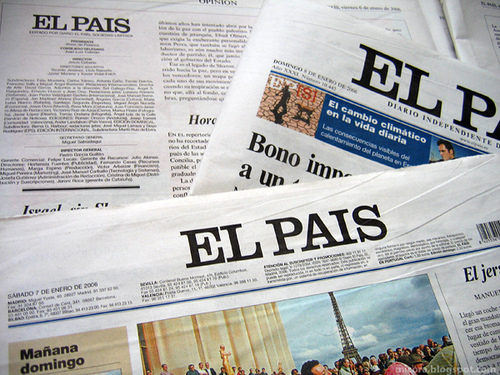 Where is the Press Freedom?

Press freedom, or rather freedom of expression, of information, of critique. The Press freedom is one of the main reasons of a democratic society, it is starting point for having a free, independent and just society.
But today, in 2015, what is the situation of press freedom in the world?

What is the “level” of independence of Media and  information sources around the world? The Freedom House, in order to answer to this question, every year publishes the Map of Press Freedom for evaluating the level of this important indicator of freedom. When the Press is influenced and dominated by the power and it does not express itself freely, the same value of democracy fails.
The 2015 Map still shows  remarkable differences between the countries in the world. In the Map, the countries are classified with three different colors, every state receives a color and a numeric value according to its Press freedom. Countries are indeed classified in Free, Partly Free, Not Free and Worst of the worst, which are countries where there isn’t practically freedom of expression at all. According to the Freedom House report only the 14% od of the world population lives in nations where there is actually press freedom;  in the rest of the world, governments as well as non-state actors control the viewpoints that reach citizens and brutally repress independent voices who aim to promote accountability, good governance, and economic development […](Report 2015).

The countries characterized by green (Free) are place where there is a strong press freedom, they are: Australia, New Zeland, USA, Japan, Canada and the central and northern European countries (range from Portugal to Finland).  It’s really interesting underline that in this ranking the first positions are occupied by northern countries as Norway, Sweden, Belgium, Finland and the Netherlands. In addition to West nations we find other countries like Uruguay, New Guinea, Ghana and Suriname, sign that press freedom is not always linked to economic strength.

The second section characterized by yellow (Partly free)attaches countries where Press isn’t completely free and sometimes it still comes under the influence of the power. In this section we find some European countries (eastern nations) and unfortunately also Italy and Greek. For the rest of the world, the Press is partially free in many countries of South America, in India, Mongolia, and in southern and western African countries (such as Mali, Senegal, South Africa, Tanzania etc). Countries free, but just in part.
In the third section, where are included countries without press freedom, we find too many nations. In this “not free” fellowship there are the majority of African states and almost all countries of the Middle East and Asia (including giants Russia and China). Here government and Power dominating and influencing Media. But there is another section, Worst of the worst, or rather countries where the freedom of expression doesn’t exist. Here we find The North Korea, Iran, Uzbekistan and Turkmenistan. In many regions of the world, Press freedom is actually far away.