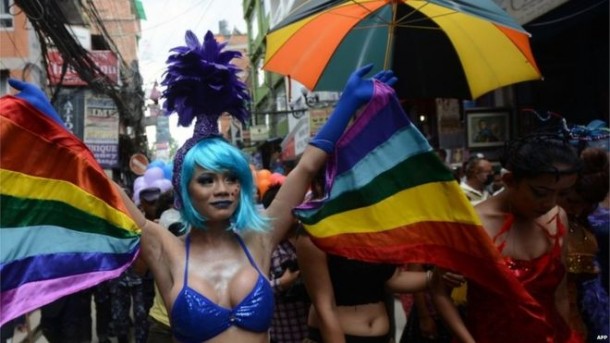 In late August, hundreds of members of the Nepalese LGBT community hit the streets of the capital Kathmandu as part of a push to enshrine their rights in the country’s new constitution.

After decriminalizing homosexuality in 2007, Nepal has made major strides towards recognition and equality for gay, lesbian, bisexual and transgender individuals.

In 2008, the Nepalese Supreme Court ruled that same-sex marriage should be legalized whilst a ‘third gender’ option was officially recognized.

These advances in LGBT rights are now expected to be entrenched in the new constitution that is yet to be finalized due to a number of delays that resulted from controversies around some of its potential content.

If these changes were to be included in the upcoming Constitution of Nepal, this would make the small south Asian country to most LGBT-friendly, in a legal sense, and would push it to the forefront in the fight for acceptance and recognition in Asia, a continent that has long been a laggard on gay and lesbian rights.

While the advances in legal equality of the LGBT community, what is the reality of life for gay, lesbian and transgender individuals in Nepal?

In Nepal, as in most countries around the world, gay, lesbian and transgender individuals face unmatched levels of violence and stigmatization in their day to day lives, so much so that Nepal has taken the bold step of becoming the first nation in Asia to provide a shelter specifically for the LGBT community.

The LGBT Centre for South Asia, funded by the Blue Diamond Society in Kathmandu, was established in response to the continued discrimination and hardships faced by these individuals, an example of which being the incident in which a Nepalese police officer slit the throat of a transgender girl.

Additionally, whilst some anti-discrimination laws exist in relation to LGBT individuals, many members of this community have made complaints about the lackluster way in which these laws are enforced, with many finding themselves out of work due to their sexual orientation or gender identity.

Another issue facing the LGBT community, and one which will greater effect the future of the community, is the devastatingly low literacy rate of the members of this group.

In 2014, the Blue Diamond Society asked the central government to implement new initiatives within the education sector that would clear obstacles faced by LGBT youth in seeking primary education, whilst also encouraging older gay, lesbian, and transgender people to seek opportunities in higher education.

Nepal is looking to take the lead in Asia on the topic of legal recognition of the LGBT community, and although this is certainly a promising development, achieving equality within the wider society will be a much more difficult and longer-term goal to achieve.