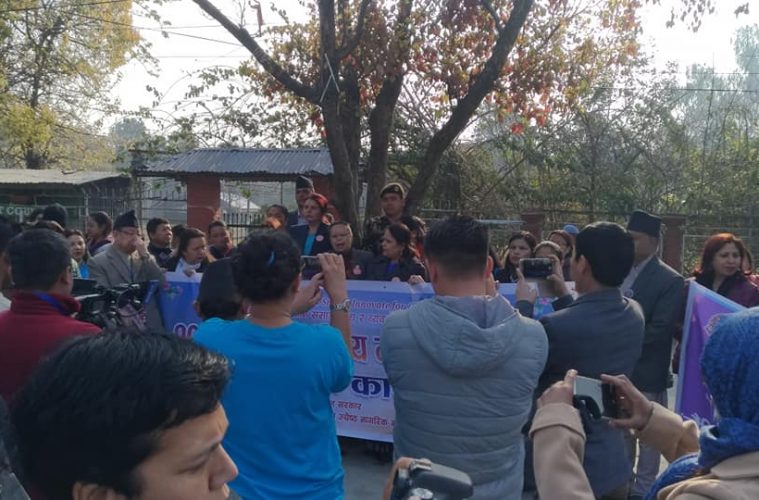 No, Foreigners Are Not The Source of Sex Exploitation in Nepal

Nepal is a landlocked country between the two most populous nations in the world, China and India. It is also the second-poorest country of Asia. Poverty often pushes vulnerable population in dangerous or harmful activities. It is famous about India over the rape rates, the mediatic affairs of collective rape, and the brothels in Mumbai, Calcutta, and New Delhi. Nepal has strong ties with India. Nepal widely relies on economic exchange with its southern neighbor. Cultures, religions, and societal structures are also similar. The West mistakenly sees South-East Asian countries as a homogeneous ensemble. The realities of India are not the same as those of Nepal. Nepal is also different to all other close and far neighbors. For example, the stereotypical categorization of Thailand as a kingdom of sex tourism is erroneous. It is forgetting the internal reasons that fuel sex tourism in Asia. And it is forgetting the abuses and consumption of prostitution by nationals. No, the foreigners are not the main fuel of sexual exploitation in Nepal. Let’s have a closer look at poverty, trafficking of children and women, sex policies, and the NGOs working on the matter.

Nepal suffered a decade-long civil war between 1996 and 2006. The Maoist movements were fighting for better recognition of rural ethnicities and castes. They violently fought the limiting factor of social hierarchy. Both sides of the conflict needed to raise funds to finance their campaigns and combats. Vulnerable children and women were easy targets. They were forced into prostitution. The fighters of the two camps also committed sex abuses. The trafficked people were brought to India or in Kathmandu to be prostituted in brothels or in the street. Boys and girls were both victims of this trafficking. This conflict and the political instability that followed are the ignitors of widespread prostitution.

Nepal was still healing from its political wounds when a devastating earthquake shook the country in April 2015. Republic since 2008, the poverty of the population, a discouraging business environment, and political weaknesses like corruption and instability, meant that Nepal did not have the key to be ready for such a disaster. It killed 9000 people. It destroyed slums, poor houses, streets, and temples. The same political and economical weaknesses that had undermined any preparation to the successive shocks would also become the enemy of the reconstruction. In 2019, the reconstruction of temples is barely visible, and construction works fill the streets with dust. The capital Kathmandu had a demographic boom because of all the rural population seeking economic survival in the city. The conditions to disappearance of children and women were set again. The sole survival for rural women without skills for job positions in the city lies in prostitution. And international sex trafficking scheme could find a fertile ground.

Where do they go?

Nepal was a traditionally a country of origin for future sex trafficking victims. It now became a transit country for South-Asia. Kathmandu rounds the circle by being the destination in rarer cases. The path-dependency to India makes the border a key point of flows of women and children. However, the last years saw many Nepalese leaving their country for the Arabic Peninsula or Eastern Africa. They are lured there with false promises of house keeping work or childcare but end in prostitution.

How do they fall in trafficking?

The poverty rates are extremely high in Nepal. Nearly half of the 29 million Nepalese live in slums. More than one in five Nepalese people live under 0.5$ per day. Poor families are sending themselves their children or women to places where they could find money. It often ends in prostitution. The families do it knowingly or unknowingly of what is awaiting their relatives. False promises are central arguments to bring unaware people in these unwanted works. The earthquake and the civil war were also good covers to make people disappear. Fifty new children still fall in sex trafficking every day. Data about women is harder to find because of the voluntary prostitution and the freedom of choice. Trafficking in Nepal is more a low-intensity organization compared to organized criminality in China, US, Europe, and the former Soviet world. The illicit goods like drugs and weapons trade is low in Nepal. Experts on Nepal did not identify interactions with sex trafficking till now.

Who are the customers?

To provide these sexual services, it needs demand. Demand is masculine and a majority of locals. The marriage culture in Nepal along patriarchy leads to sexual dissatisfaction. Men go to prostitutes to find what they cannot have at home, due to social pressures on what a marriage should be. The general social and legal framework of Nepal also gives advantages to men. Men, and patriarchy, condition the marriage laws, the citizenship, the economic status. Women, despite having a female President, do not reach the same visibility as men. Most of the customers are therefore locals, or Asian people. The cliché of western sex tourists is only partly true. There are westerners who come to Nepal for tourism (trekking, visits of temples) and use their financial capacities to consume prostitution. But it is rarely the sole purpose of their travel. The financial status of tourists drove prices up and fueled the profitability of prostitution. It was however an existing phenomenon and foreign currencies in the prostitution market did not transformed it.

It is different for children compared to women. Traffickers modify the age on the passports and citizenship cards of teenagers in sex trafficking. So they are considered as adults when they cross borders or travel in Nepal. Younger children are easy prey for traffickers. And the demand is high. The first demand is local. There are beliefs in the culture, like in India, that sex with children is cleaning impurities and heal HIV. Having sex with a child is also common due to arranged and forced marriages in rural areas. Governments tried to tackle the issue, but traditions are hard to remove. The second demand is from foreign pedophiles. Pedophiles love Asian children because they look younger. Some foreigners believe that the law-enforcement is weaker in Nepal and that arrests would not have legal implication in their own countries. It is false. Nepal arrested 10 foreign pedophiles between 2016 and 2018. All of them are old white male. The occupations held by these pedophiles is worrying for Nepal. The humanitarian work is often a good protection screen to enter in contact with vulnerable children. Excess of naivety and lack of education lead rural people to see western humanitarian workers as gods. Local people do not suspect them. Police arrests of foreign pedophiles always surprised locals.

What does the government of Nepal do?

The state strengthened laws during the previous years against pedophilia and improved the enforcement bodies. Police is now collaborating actively with NGO’s that have been present in the field for decades. They created new units overseeing the cyberspace. The federalization of the Republic in seven provinces make the work more efficient. And a National Women Commission was created with strong results. There are still flaws about the access to justice for poorer and less-educated people. But it goes in the right direction. The 2015 earthquake fueled trafficking due to economic despair, but it also led to a deep reorganization of the State.

What do the NGOs do?

Local NGOs are actively collaborating on the prevention and protection of victims of trafficking or domestic violence. Saathi provides shelters to women, and Maiti to children. Voice of Children has an interesting approach with radio broadcasts by children to children. CWIN makes prevention in the field. Kidasha works with street children so they have skills and can see a decent future, avoiding exploitation. ChildSafeNet works on prevention against online threats like bullying, harassment, and grooming. Free a Girl, AATWIN, ABC Nepal, Shakti Samuha, and Astha among many others are also working on the same topic. Feminist movements like LOOM and LGBT groups like Blue Diamond Society and Queer Youth Group Kathmandu also have an impact on education, prevention, and a possible role in the decrease of sexual violence within the Nepalese society.

Saving women and children from prostitution with outreach workers and the help of the police is not enough to solve the issue. Some of the above-mentioned NGOs have reinsertion programs. Social and psychological support are necessary. Then, the NGOs teach skills and can sometimes help to start small business, so the survivors have a sustainable future and do not need to rely on people that sent them to prostitution.

With the pressure of long-standing NGOs and the rise of awareness about these issues among the society, things change. The government is listening to NGOs. Foreign countries that pour vast sums of money in development aid highlight their concerns about sexual exploitation.  Society understands the reflections and internal changes required. The rural practices that are degrading the dignity of women like the underground menstruation huts became illegal. The lack of resources of the enforcement bodies of Nepal are undermining the counter-actions, but mediatization of such practices had positive effects. Sexuality is more often in public debates than before, with media articles on online dating or education. It is a great step forward for Nepalese society regarding the status of semi-freedom of press, and legal prosecutions against kissing in public for Nepalese people. Associations active on these matters try to carry their voices to change deep social structures and governmental actions.

Is it going in the right direction?

The fight against sexual exploitation is starting to take a wider scope. But some political and democratic dynamics are still undermining human rights as freedom of expression about what should change. Reports about corruption in official bodies are also worrying indicators that could slow down initiatives. Infrastructures and NGO’s receive foreign funds and investments. It is positive for the essential work of these NGO’s and to rebuild a country destroyed by the earthquake. But economic conditions are the main area that could be influenced by investments. Poverty is the base of the pyramid of trafficking. Diverting investments from the development of manufacturing and industrial sectors to support tourism and NGO’s in a paradigm of reaction instead of prevention seems far from perfect.

Patriarchy sticks in the Nepalese society. Women perpetuate the structures and social pressure on how a woman should behave in society. Women and especially young women hold the keys to change it. A video of hearings of contestants for Miss Nepal 2019 became viral on social media on the 5th April. A contestant came with eyeglasses on and without makeup. A female judge strongly criticized it and the contestant’s admission that she cannot use makeup. Young women and men criticized the judge. There were fewer defendants for the judge. The defense of the judge argued that wearing makeup is a required task for the competition. Men held the key of the society but women perpetuated it. The younger generation will change it, and might even already influence the older ones.

Amalthée Beust, University of Montreal, contributed to the interviews and research for this article.