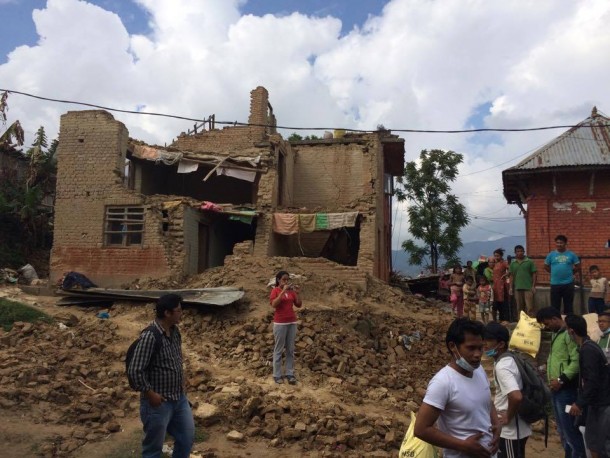 NEPAL. Desolate scenery, buildings left in ruins and human despair after a new deadly 7,3 magnitude earthquake has struck Nepal on May 12 – killing at least 153 people. The quake was followed by a series of aftershocks the strongest of which was magnitude 6,3 on the Richter scale. On April 25, another devastating 7,8 quake hit Nepal and has already taken the lives of more than 8,500 people. The number of victims is expected to rise to 10,000 or even 15,000. The Nepalese rescue aid operation had over 130, 000 armed police forces helping to clear the rubble and search for missing victims. According to the National Emergency Operation Centre, an additional 21,000 people were seriously injured in the last month’s two major earthquakes. The developing nation has undergone the most powerful tremor in over 80 years. The area most heavily affected by the quake was the Eastern region of the country – including the capital city, Kathmandu. This catastrophe caused tremendous damage across Nepal and is believed more than 500,000 houses have been destroyed while about 3 million Nepalese have been displaced from their homes, as reported by the UNRC. The state also lost several ancient temples that were of great historical importance and popular tourist attractions. Experts estimate that the UNESCO World Heritage sites that were destroyed will take a very long time to reconstruct.  Amid the emotional pain, an estimated 8 million affected survivors now face shortages of shelters and drinking water facilities, as well as threats of widespread diseases. In response to their needs, a large international aid operation is being mobilized. However, due to logistic and bureaucratic issues, this process remains slow and very little supply deliveries have been successful two weeks after the powerful earthquake struck.

ROOSTERGNN talked to Anjan Sagar and Sundar K.C. about the current situation in Nepal and victims living conditions. The Nepalese have confirmed the difficulties their nationals still have with the access to clean and safe water, food, tents, blankets and medical assistance. Moreover, because of severe water shortages, Anjan and Sunadar told us people have been forced to drink dirty river water that has increased the incidence of waterborne diseases. In addition to this, some were housed in shelters while others still live in improvised tents or sleep in the outdoors making many Nepalese in urgent need of temporary shelters and goods that are immediately necessary. Sundar K.C. who is resident of Bhulbu city located near the capital Kathmandu mentioned that most of locals are living in the park and still desperately waiting for help. As volunteer for search and rescue teams Sundar said is still very hard to reach remote villages such as Gorkha and Sindhupalchok because of blocked roads and poor landing conditions.

How to help the Nepalese victims?

If you would like to support Nepal earthquake victims, you can donate through Prime Minister Disaster Relief Fund or to the following organizations: