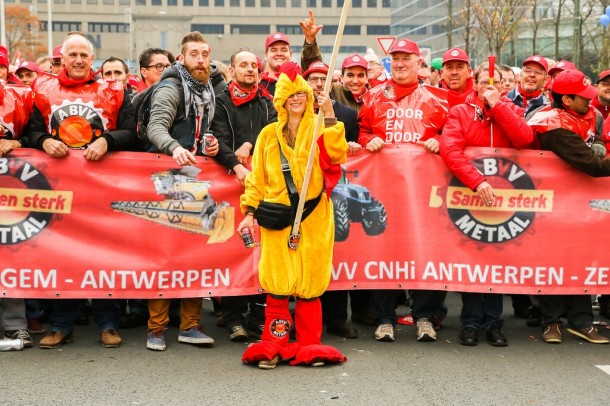 Frequency of Strikes Differs Across Europe

Last April railway employees went on strike in Belgium. At the beginning of May the same happened in Germany. Strikes are common within Europe, but their frequency varies per country. In France most days were not worked due to actions between 2009 and 2013, while in Slovakia employees not once refused to work in the same period. The strike frequency is influenced and interconnected by the role the different trade unions play in countries.

France had the highest number of days of strike between 2009 and 2013. The country had 171 action days per 1000 employees, according to the European Trade Union Institute (ETUI). France was followed by Denmark (82 days) and Norway (76 days). Latvia and Slovakia were at the other end of the spectrum with both respectively zero days of strike. The average of days not worked because of strikes in Europe was 43.

The numbers of days of strike between countries varies for different reasons, says Kurt Vandaele, researcher at ETUI. “The capacity to organise and to mobilise trade unions is of course one of the explanations why in some countries the strike volume or strike frequency is higher than in others.”

Vandaele points out that the identities of trade unions and their organisational histories might also play a role. “Unions that have been successful by making use of the ‘strike weapon’ in the past, might be more likely to use this ‘weapon’ again in the future compared to unions that do not have such a ‘militant’ history.”

The reasons why employees want to make a stance by refusing to work differ. Of the 25 strikes the Netherlands experienced last year, nine were organized because there was a dispute about the collective labour agreement. This can refer to wage demands, but also to pensions or allowances for overtime. Eleven times the Dutch went on strike in order to prevent intended layoffs.

“The economic structure matters”, says Vandaele, “particularly the presence of ‘strike-prone’ industries like mining or manufacturing in the past, and public transport or the public administration today.”

Although strikes are common in Europe, the actions are not popular with both employers and employees, says ETUI. Employers will see a decline in their productions and employees might face a loss of income. Nevertheless, says ETUI, strikes still concern employers.