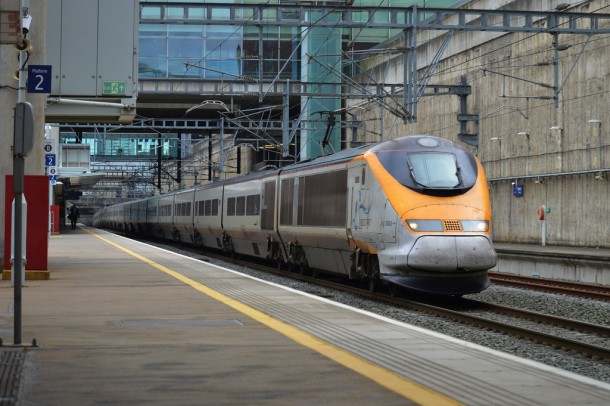 Rail travellers in Britain can often feel aggrieved when they are forced to pay over the odds for their standard daily train journey to work. Similarly, when travelling in Continental Europe they are often further disillusioned to find that comparative journeys are far cheaper in other countries, while often finding the standard of service to be better than what they have experienced at home. A major factor in the exorbitant fares and substandard service experienced in the British railways is the fact that the overwhelming majority of the operators are privately owned. Many studies have backed up this notion that state ownership elsewhere has led to more affordable fares and efficient service.

A 2012 study by the Just Economics think tank accentuated the massive disparity in the cost and standard of service between the UK and other European countries such as France and Spain. Average fares in the UK at the time were found to be in many cases more than double those in France and Spain, with the table below highlighting these differences. For example, a standard day return ticket in France costs £0.08 per kilometre and £0.09 per km in Spain, whereas in the UK this would cost a significantly greater amount at £0.26 per kilometre.  Regular travellers who wish to purchase a season ticket in France and Spain will pay the same prices as day return tickets of £0.08 and £0.09 per kilometre, while British commuters are still faced with higher fares at £0.17 per kilometre.

In France, all trains are operated by publicly owned company SNCF or in some cases other regional operators which are also state owned. Likewise, state-owned RENFE runs the majority of services in Spain, with separate state-owned operators in certain areas.  Meanwhile, the majority of British rail networks are privately owned following privatisation in the 1990s. The  difference in cost between the UK and France and Spain, which generally appear to be the cheapest of the rail networks examined, strongly suggests that public ownership provides value for money.

The table below highlights that as well as affordability, the report also indicates that the UK lags behind on other comparators such as percentage of networks which have been electrified and the speed of the trains – on both of these measures, it is behind France, Spain, Italy and Germany. Furthermore, the UK has fewer seats per passenger than all of these countries except Spain, although it does score favourably on frequency of trains, which is the only indicator that Britain tops the comparative league table on.

The study also alludes to the fact that the hefty rail fares in Britain largely mean they are unaffordable  to the working classes and lead to social exclusion due to rail being a predominantly middle class mode of transport. Also, it argues that in many cases it could restrict employment opportunities for working class people if they cannot afford travel to a different job. As we can see from the graph below, a far smaller percentage of households with income under £17,500 travel by train than those earning over this amount. 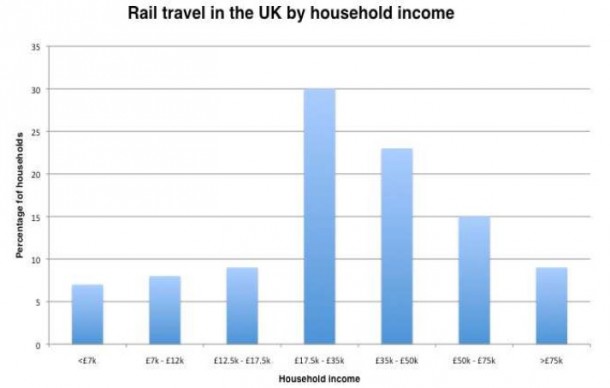 The East Coast mainline from London to Edinburgh was privatised in 2015 after over five years under state ownership and had generated around £1 billion in revenue for the government during this period. Furthermore, under public ownership there was 92% passenger satisfaction on this line, while a 2014 survey found that generally only 45% of passengers believed that rail services on the whole under private ownership provided value for money. Public ownership can be seen to improve affordability, standard of service, passenger satisfaction and tax revenue from the railways, with private ownership not seeming to score as highly in any of these areas. The UK can be seen to suffer from privately owned rail networks when looked at in comparison with its European counterparts who operate state-owned railways with massive success on the aforementioned comparators.