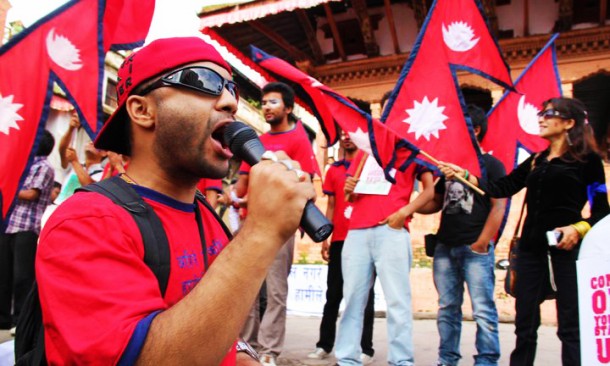 New Constitution in Nepal Pours Out of Blood

It took them eight long years, but the Nepalese Constituent Assembly finally endorsed the new Nepalese Constitution, with 507 votes cast in favour and only 25 against. Prime Minister Sushil Koirala cheerfully tweeted:

“It is an issue of pride for all Nepalis that the people’s constitution has been passed from the Constituent Assembly,” 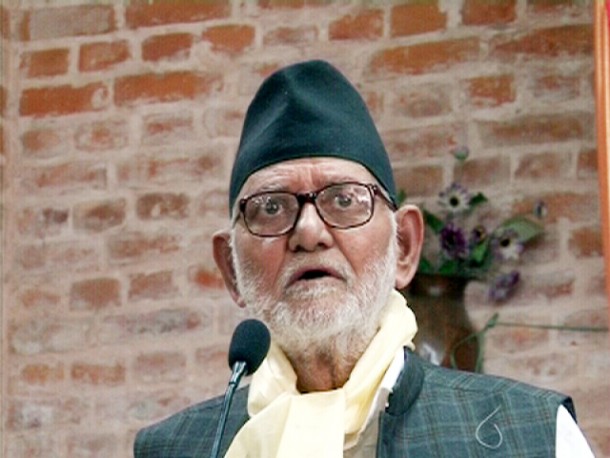 Nepal is about to become a more efficient, manageable Federal State. The Prime Minister is going to step down in order to let a brand new government to be formed. Everything sounds so good, but, unfortunately, it doesn’t actually involve all the Nepalis. 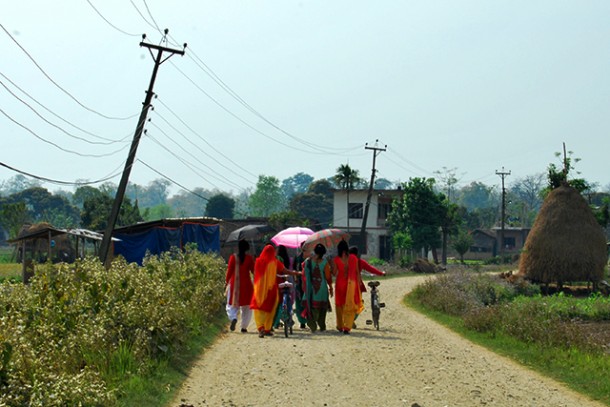 Women in a Tharu Village in Terai | Matteo Fabi

The seven provinces, which Nepal is going to be divided into, are going to leave the Madhesi, Tharu and Janajati minorities unrepresented. Calling these ethnicities “minorities” is actually imprecise: they live in the southern region of Terai, and represent almost the 50% of the whole population of Nepal. 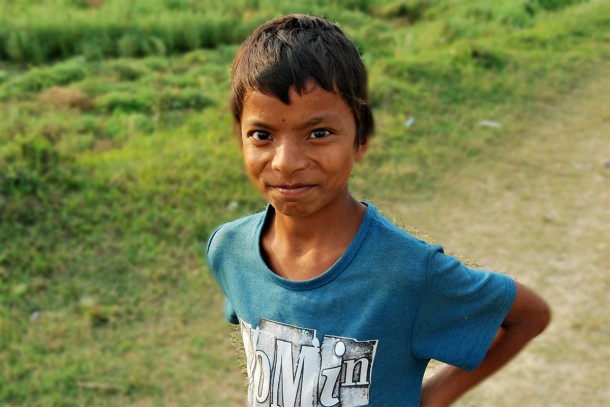 The consideration that they enjoy is all in the statement of  Lok Raj Baral, executive chairman of the Nepal Centre for Contemporary Studies:

“This is a historic event for Nepal but if the leaders had been a little flexible, the Madhesi, Tharu and Janajati parties that have stayed out of the process could be included.”

Nepal has witnessed heavy unrests in the last month. At least 40 people, including 11 police officials, have been killed in violent clashes since the 10th of August 2015, when the four major political parties signed an agreement. 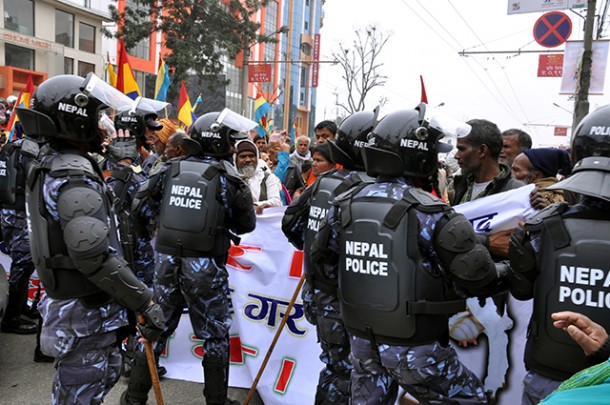 The general use  the word “clashes” may give the idea of animosity fairly distributed between the two sides. But that’s not the truth. A detailed video “Disputes in New Constitution of Nepal“, released on the 14th of September 2015 by Voice of Nepal, shows footages containing the right scale of the rage and violence of Nepalese Police while repressing the protests, even when peaceful.

The footages contain imagines of extreme violence, blood and dead bodies. You are warmly invited to REFRAIN IN WATCHING THEM IF YOU ARE SENSITIVE TO THESE MATTERS.

The video is available HERE. Other relevant, still shocking, material can be found on the Voice of Nepal channel. Curiously, the account at the address www.voiceofnepal.com appears to be suspended due to unspecified reasons.

The most valuable information the background voice highlights is in the part 17 of the section 138, which says:

Progressive restructuring of the State:
(1) There shall be made progressive restructuring of the State with inclusive, democratic federal system of governance by doing away with the centralized and unitary structure of the State so as to end discriminations based on class, caste, language, gender, culture, religion and region.
(1a) Recognizing the desire of the indigenous peoples and of the people of backward and other area, including Madhesi people towards autonomous provinces Nepal shall be a federal democratic republican state. Provinces shall be autonomous and vested with full authority. The boundaries, number, names and structures, as well as full details of the lists, of autonomous provinces and the center and allocation of means, resources and powers shall be determined by the Constituent Assembly, while maintaining the sovereignty, unity and integrity of Nepal.

This can be easily verified, as the 2007 Interim Constitution can be fully downloaded at THIS address, on the Official Portal of Government of Nepal. The relevant page, right above quoted, of the document is the number 94. 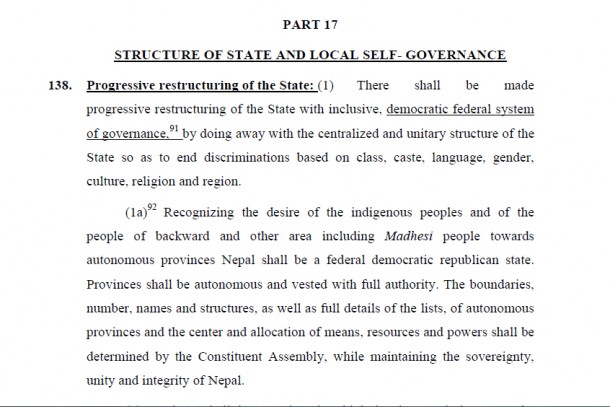 Screenshot of part 17, section 138 of the Nepalese Interim Constitution of 2007

Thankfully, this view is also shared by the international community. The UK’s Minister of State at the Foreign & Commonwealth Office, Mr. Hugo Swaire, addressed, as on an official page of the UK Government, a Press Conference on June 2014, with these words: 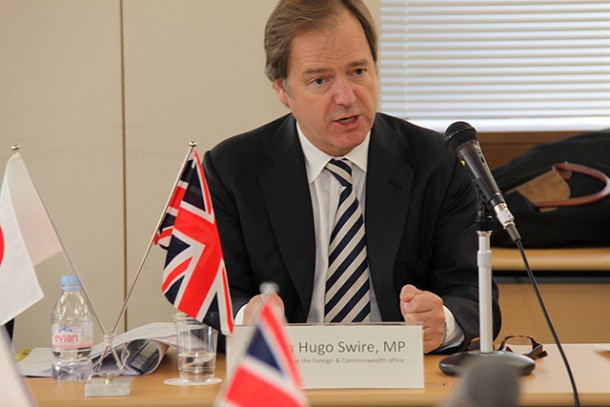 Hugo Swire, Minister of State for the Foreign and Commonwealth Office of UK

Since a year ago, his opinion has been left untouched, as, just two days ago, on the 16th of September, he released these words, among other statements:

We hope that the new constitution will be inclusive, broadly supported and meet international standards on equality and respect for human rights

Of course, the U.S. Department of States couldn’t miss to release its own statement, recognizing:

[…] the utmost importance of this process for the Nepali people and for cementing Nepal’s democratic transition and providing the foundation for economic development.

The U.S. Ambassador Peter W. Bodde, while terminating his mandate yesterday, the 15th of September 2015, left with these thoughts:

As Nepal enters the final stages of drafting and promulgating its constitution, it must make every effort to ensure that the document is inclusive and flexible to address future needs. At the same time, the horrific violent acts that have taken place in the last two weeks must stop.  The bandhs and strikes are seriously harming Nepal’s economy. 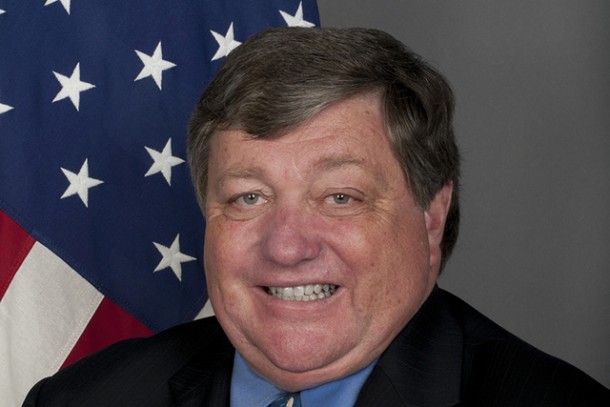 Mr. Bodde is going to be soon replaced by Ms. Alaina B. Teplitz, who outlined her goals:

“to strengthen Nepal’s democracy, advance its economic growth and improve its resiliency.”

And think that, not even a month ago, on the 19th of August 2015, Amnesty International released a document entitled NEPAL: POLICE MUST REFRAIN FROM USING EXCESSIVE USE OF FORCE IN NEPAL PROTESTS.

Democracy, as every show, must go on.

What do you think about? Tell us your opinion