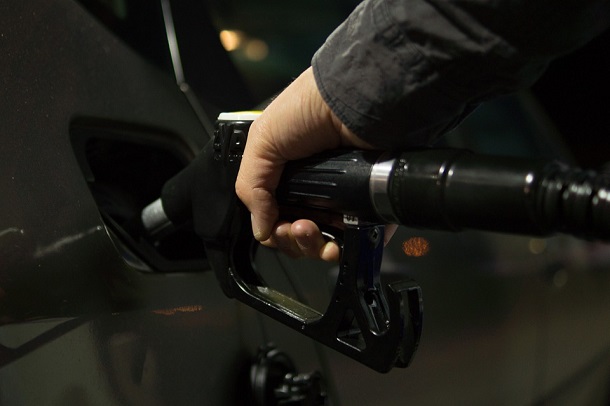 How Much Does Fuel Really Cost?

The price of crude oil has been going down steadily since 2013, reaching all-time lows in the past weeks thanks to Saudi Arabia´s effort to increase production targets in 2015. As of yesterday, the price of crude closed at a whopping $37 a barrel, a result so low that it hasn´t been registered in over 12 years.

This unexpected fall of gas prices has brought some relief to many European and American consumers that are still struggling to get back on their feet after the economic crisis of 2008. While the US has officially started its recovery process in 2010, the effects of the crisis on many European nations has lasted for a much longer time. Some Southern European countries such as Spain, Italy and Cyprus have finally put an end to the recession in 2015, but Greece´s fight for economic growth continues.

And yet not all gas prices were created equal: Even though the value of crude has been decreasing, consumers around the world are faced with significantly different fuel-related bills to pay at the end of the month. This is because the cost of gas depends from a variety of factors, including whether the country where it´s being sold produces oil itself, how much do gas taxes amount to, whether the price is subsidized or not and even what kind of deals a country has reached with a trading partner on the basis of international alliances.

According to Global Petrol Prices, a website tracking weekly gas prices from  all over the world, the difference between prices in the USA and in Europe is staggering, with the price in USD per gallon in the States amounting to as little as 1/3 on average price for the same product in Europe.

However, the price of fuel by itself cannot be considered a sufficient indicator of the impact of gas bills on the average consumer. Two other major factor play a role: the average income of a country and how much cars are actually being used over there.

A study published every year by Bloomberg Business on the price of gas around the world includes two variables that take these factors into account: Unaffordability, defined as the percentage of a day´s wage needed to buy one gallon of gas (or 3.8 liters), and income spent, or the proportion of annual income used for total fuel purchases. 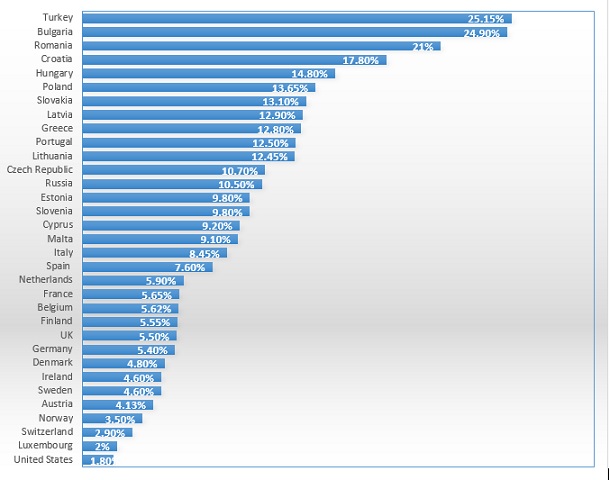 Unaffordability by country in % 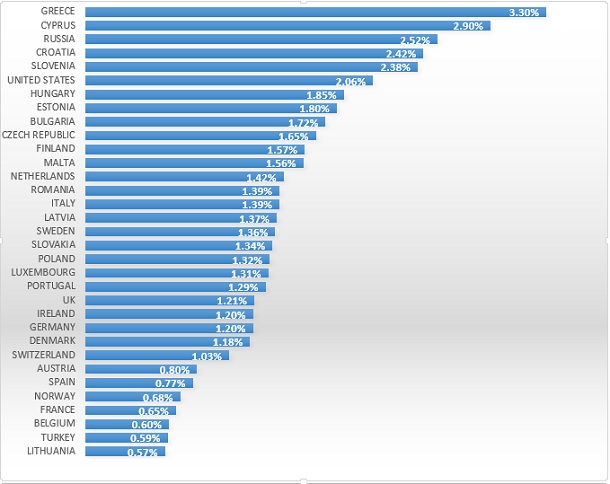 Income Spent in % by Country

The US has the lowest unaffordability rate thanks to high salaries ($155/ day on average) and cheap gasoline. However, Americans still spend one of the highest proportion of their annual income on gas, ranking sixth on this list due to their unmatched per capita fuel consumption.

In Russia oil is very cheap since the country has the world´s third largest production. But economic sanctions have shrunk Russia´s domestic economy, taking a toll on both salaries and internal demand. With an average daily income of $22, oil is still pretty unaffordable in Russia, even though gas prices are low, and locals have to spend 2.9% of their total income on fuel, ranking third on the list.

Norway has the most expensive gas in the world. The prices are not subsidized and the money saved is spent on education and infrastructures. The country also has the highest share of electric cars in the world (22% of all cars sold in the first quarter of 2015 were EVs), and thanks to a daily income of $221, this high fue price can be absorbed quickly.

The Netherlands and Denmark

These two countries have the highest taxes on gasoline in Europe, but overall, more than average incomes and the widespread use of bicycles instead of cars to commute to work and school make fuel-related costs a secondary issue when it comes to household budgets. The Netherlands also comes in second position worldwide for EVs (Electric Vehicles) sales.

With a car ownership rate among the highest in the world and the ghost of the economic crisis still haunting consumers, Italians have to worry about how much they spend on fuel more than their Western-European partners. The price has been inflated by taxes on consumption which are part of the austerity measures the government is implementing to pay back the massive public debt. This is why the global crash of oil prices has not brought as much relief to consumers as in other EU countries.

With an average income of $120 a day, UK citizens can afford gas prices even though they are above average. EVs are also booming, encouraged by high prices and by short driving distances.

Turkey has the highest unaffordability rate on the list because of the very high tax imposed on fuel by the government in order to protect the coal industry. Moreover, the average Turkish daily income is one of the lowest in the continent ($27). Overall, Turks do not spend as much of their income on fuel, preferring to opt for other types of transportation than personal cars.

Greece also had to increase taxes on fuel in order to fulfil the revenue targets imposed by the austerity program. But the impact of the economic crisis has reduced the daily average income significantly, bringing it to $52 as of today. The Greek population so far hasn´t been able to cut down on consumption, bringing the country on top of the list for the average annual portion of income spent on gas.

These three countries have some of the highest average income in Europe, ranging from $117 a day (Finland) to the world´s third highest income of $230/ day (Switzerland). For this reason gas is still affordable in all three countries, which also have in common their commitment to environmental protection.

In Portugal gasoline has been subjected to a heavy environmental taxation whose revenues are directed towards the protection of the cork industry. For this reason, many cannot afford tanking in their own state and they cross the Spanish boarder to relieve the pressure from their wallets.

These three country have some of the busiest highways in Europe and consume a lot of fuel, but the high average income and the moderate prices make it affordable

Luxembourg has one of the highest gas consumption in the world but also the absolute highest average income with $264 per day, which makes the average prices for European gas affordable for its residents.

The Irish people consume a lot more gasoline than average because the public transport system is still very limited. But with an average income of $130 a day, these costs do not represent a problem.

Spain is a leader in renewable energy and the first country in the world whose top energy source is wind power. The country imports all of its oil and the quotas for each partner are decided by the state, in order to avoid dependency from a specific partner.

These countries depend on Russian oil that travels through Ukraine. That is why they are in a unique position of political middle ground within the EU

All these countries also depend heavily on Russia for oil and have diplomatic ties with the biggest country in the world. Latvia, in particular, got its independence in the 90s and one third of its population is ethnically Russian. Even though their gas consumption is pretty low, the average income is only about $40 a day, which makes paying for fuel bills hard for these Northeastern European states.

Poland is one of the emerging states of Eastern Europe which imports 90% of fuel and 80% of natural gas from Russia. Gas is not affordable in the country but the very extensive and cheap bus systems allows residents to limit the portion of income directed towards fuel costs.