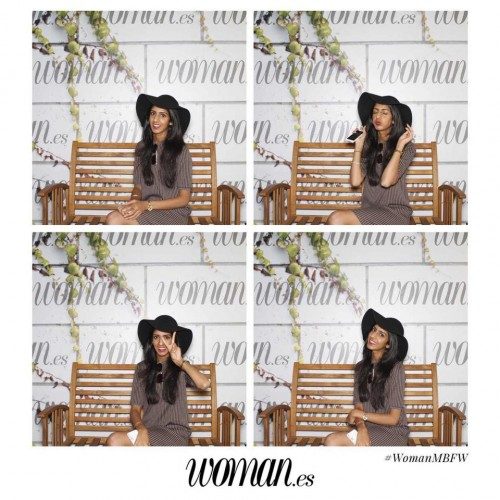 Perched on a wall outside IFEMA, the venue of Mercedes Benz Fashion Week Madrid 2015, I found myself surrounded by the chain smoking, coffee-drinking elite. Each taxi pulling up revealed more refined, designer clothes clad beings, exuding elegance. They shared lighters and privilege, and I was drawn to their effortless, graceful aura. A photographer shot a candid photo of me scribbling notes and I felt almost inadequate – surely he’d much rather capture the tall, tanned women around me. But I realised, he, like me, was simply trying to accurately portray the atmosphere of Fashion Week. 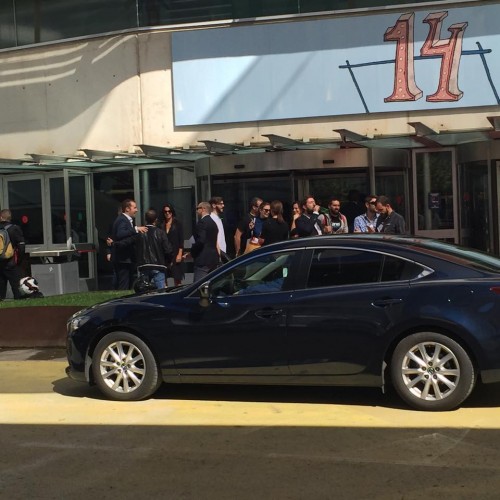 As I headed upstairs, notebook clutched eagerly to my chest I hoped I wouldn’t stand out too much. I felt terribly British and alone, unable to speak the language being shouted all around me, but as soon as I entered the huge hall full of stands by sponsors of the Fashion Week, I was at ease. The crowds here were similar to me, teenage girls desperately dressed to look as trendy as possible, excitedly snapping Instagram shots and gulping down the free coffee. This encapsulated the young audience of high fashion, greedily soaking in every aspect of couture within reach. 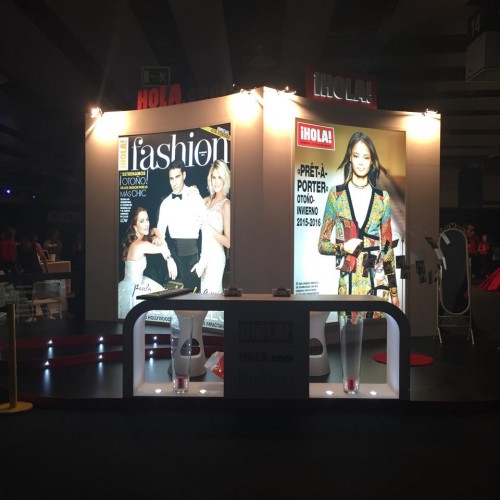 Huge, lit-up posters of Spanish magazines surrounded me and I was handed copies every hundred yards. Each publication had different forms of promotion, from handing out free bags and flip-flops to snapping cute photos and offering gifts in exchange for uploading them on social media. The L’oreal stand was particularly busy, with their Pink Obsession theme; they handed out free nail polish, offered makeovers and had cute little props with which to take framed photos. There were live interviews, candyfloss stands and Samsung had their own corner showcasing designer clothes. It was mode madness. 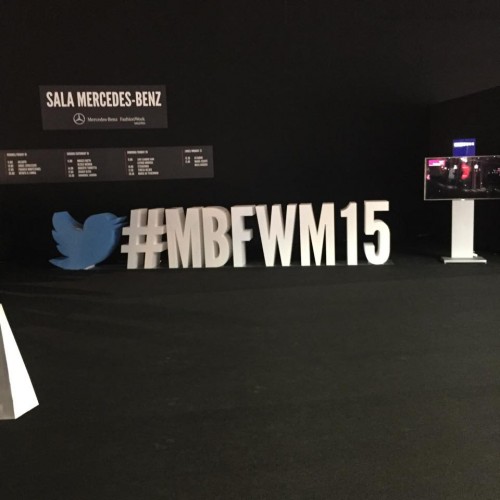 Although, I did not have tickets for the actual shows, for which you need to be invited by the designers themselves, there were screens airing the catwalk everywhere. I settled myself on a cushion in front of one and watched the Roberto Verino show, enjoying the tailored monochrome looks. However, I was just as fascinated by the looks around me, I noticed coordinating with a partner was a huge trend. Girls travelled in pairs, their looks mirroring one another – if one wore denim shorts, her friend would wear denim dungarees; one would wear a red skirt that accentuated her friends crimson accessories. The twinning trend was reminiscent of Kendall & Kylie Jenner or Bella & Gigi Hadid – I suddenly felt a rush of homesickness for my sister, who is often labelled my double despite our six-year difference. 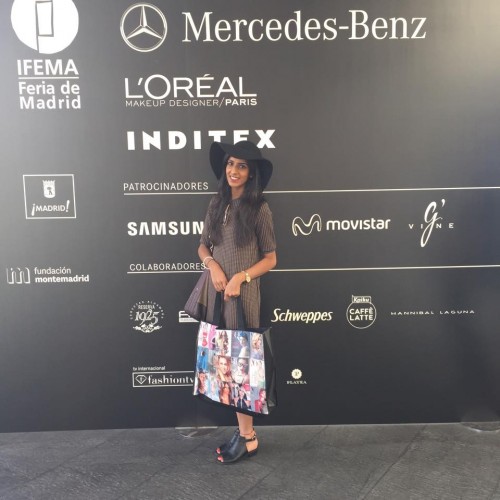 As I exited the venue, laden down with magazines and freebies dodging the mad rush for the next catwalk, I realised the influence of fashion on today’s society. From grey-haired men working for Mercedes-Benz who sign the sponsor cheques and show up out of respect, to the Vogue journalists, furiously typing in the designated press area, to the socialites who know the designers personally and carry handbags worth my university tuition casually on their arms to me, just another caffeine-fuelled British dreamer with a passion for journalism, fashion is the one thing that unites us all.

Follow us on Twitter at @RoosterGNN and @sidraimtiaz_ and tell me what you think of Madrid’s Fashion Week using the #Glamour!