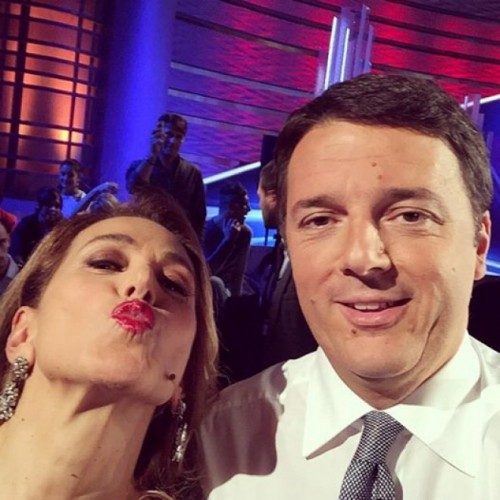 Message in a Bottle by Renzi, Regan, Salvini

First of all Americans and then Italians transformed politics into show business. Famous Presidents who acted in fiction or played saxophone live from tv studios, tycoons whose candidates were from  fashion  and talked with their own electors about female beauty and also told terrible jokes. Moreover, television becoming as purchase of propaganda, with which Prime Minister of important country can say ordinary people: “it is all right, economic crises is no more a nightmare, let’s go on holiday”. Or: “Italy is the country I love. I will save our souls”.

All big changes always have a name and at same time a plot: Ronal Regan, a former American actor who became President of U.S.A; Bill Clinton, a lovely man for gossip magazines that focused on his story with Monica Lewinski; Silvio Berlusconi and Matteo Renzi, two smiling faces able to communicate confidence and sometimes anger. Matteo Salvini, leader of Lega Nord, can be part of this group but in a different way.

He doesn’t smile or tell jokes. But his propaganda on immigrants, considered just as people who steal money and job, frightens the desperate side of society.  His tv appearences seem a war declaration. Political show business is proficiently linked to mass media. Very often editors, journalists and anchormen are interested to Renzi or Salvini speech and not to report news.

Then, tv audience improves if discussions moved on entertainment and verbal struggle. Many years ago, people are used to listen politicians talked about new ideas and programs, trying to resolve problems. Right now it’s all a contest to declare who is the funniest  and the most beautiful man in the world. Don’t surprise if the whole situation looks the Truman Show.