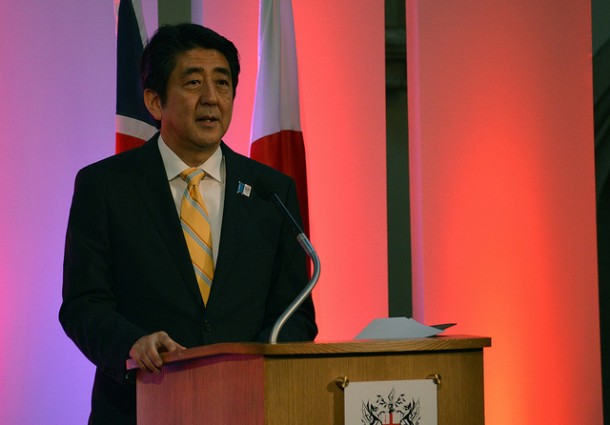 Humanities at Stake in Japan

In order to meet these challenges, the government of Japan, as part of its long-term political and economic strategy, advocates a restructure of the university system. Universities – Japan’s Prime Minister Abe believes – by grasping changes in industrial structure and employment needs, have a responsibility to produce human resources that match the needs of society. In a keynote speech to the council meeting of the Organization for Economic Cooperation and Development (OECD) in 2014, the Prime Minister emphasized the need of pursuing “more practical vocational education that betters anticipates the needs of society”, “rather than deepening academic research that is highly theoretical” (学術研究を深めるのではなく、もっと社会のニーズを見据えた、もっと実践的な、職業教育を行う).

Which concrete idea Abe’s government had in mind only became clear on June 8, 2015, when a review of the organization of the national university corporations and higher educational institutions was issued by Japan’s Ministry of Education, Culture, Sport, Science and Technology (MEXT). Full text of the document is available here (Japanese).

In short, MEXT invites Japanese universities to reduce and even close humanity and social sciences courses and accords prominence to natural and hard sciences which will fit graduates better for the job markets, will foster scientific advancement and will better contribute to its growth.

The document, unsurprisingly, generated an extraordinary amount of criticism. The Science Council of Japan (a national organization of around 2000 scientists), the International Social Science Council, Keidanren (Japan Business Federation comprising 1329 representative companies), national newspapers as The Japan Times and the Asahi Shimbun, as well as countless professors, lectures and students, expressed their concern over the potentially grave impact that such an administrative directive may imply for the future of the university in Japan.

As controversial as it is, the proposal by the Japanese government must well make us ponder. Has the government of a country the responsibility (and the right) to modify academic organization and program? Will not new generations need humanity and social sciences, but more practical, scientific knowledge?

Autocratic states show a tendency to exert dominance over intellectual activities and education systems; democracies should abhor it, as only free and independent academic institutions may form free, independent individuals. Thus, the view of academics as Koichi Nakano, political scientist at Sophia University, may easily be understood. The government appears to try silencing academic opposition to its policies – he believes – by threatening subject areas likely to produce critical voices. Masses of students took the streets to protest Abe’s security legislation, and protect liberal democratic values and constitutionalism – remembers Jeff Kingston, Director of Asian Studies at Temple University, writing for The Japan Times.

Critics of the government proposal, in fact, say that both are needed. The Science Council of Japan advocates the need for the natural sciences and the humanity and social sciences (HSS) to work closely together to produce a more comprehensive knowledge.

“There are those types of societal demands which can be effectively met by setting concrete goals and then evaluating outcomes. Meanwhile, there are other types of social demands, more latent, which should be met by universities; the university needs to articulate knowledge that is based on a long-term perspective, bolster diversity, and nurture the foundation on which creativity can flourish. If the university only concentrated on the former and overlooked the latter, it would lose its essential role of supporting the intellectual nurturing of society and the education and training in a variety of skills and talents, including economic, social and cultural aspects, which all constitute our society in a broader sense.”

Sadayuki Sakakibara, Keidanren chairman, reassured Japanese students. He told reporters that the business community is not expect only people who can be immediately effective (即戦力): understanding foreign cultures and societies and conducting study abroad are extremely important (大学・大学院では、留学など様々な体験活動を通じ、文化や社会の多様性を理解することが重要), and Keidanren member companies desires students who can solve problems based on ideas encompassing the different fields of science and humanities (分野横断型の発想).

Japan’s MEXT, “国立大学法人等の組織及び業務全般の見直しについて” (A Review of the Organization and Operation of the National University Corporations and Other Higher Educational Institutions”), June 8, 2015.