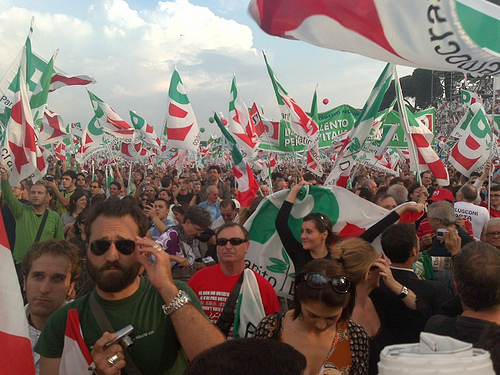 The Italicum purposes a “first-past-the-post system” with a majority premium and electoral threshold for gaining access to Parliament seats. As regards the electoral threshold, it is established at 3% after many controversies made by opposition parties: a Party have to achieve almost 3% of votes to enter in Parliament. The threshold is decreased: in the first proposal of the Italicum the threshold was at 8% and it would have led to the exclusion of some parties now being in Parliament.

The majority premium is instead given at the list who will overcome the threshold of 40% of votes and it allows the conquer of 340 seats  out of 630 available in the Chambers of Deputies. If any list is able to overcome the threshold of 40% it will be a runoff between the two lists that in the first round have obtained the highest number of votes. The most contested part of the law concerns the majority premium because it is granted to a list of just one party and not to a coalition of parties.
In this way the political parties who want to be confederate for elections have to come together in a unique list; the coalition system will be disappeared.  In the new electoral ballot close to the party’s symbol there will be the name of the electoral college leader: he will be “blocked”  which means he’ll be nominated by the party ruling class. The voters will write two other candidates, selecting in a short list of six candidates. This list will respect the gender interchange male-female: indeed one preference will be given to a female, otherwise the written preferences will be invalidated.

Italicum was strongly wanted by the prime minister Matteo Renzi who is wishful to have an electoral law because he could decide to go to elections, especially if the relations inside the government majority would be damaged. The attacker argue that this electoral law advances Matteo Renzi  and could disadvantages the right wing because of it is actually separated into four parties and none of these are able to achieve 40% of votes for winning elections. Indeed if it was the elections today, it would have a runoff with the PD against the Movimento 5 stelle of Beppe Grillo and the right wing parties would cut out from electoral competition.