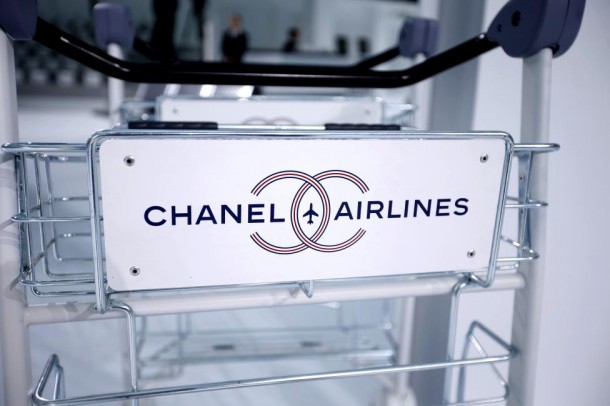 For Paris Fashion Week, Karl Lagerfeld transformed Paris’ Grand Palais, creating his very own airy airport replica – Chanel Airlines Terminal. The open space was a stunning backdrop for the Spring/Summer 2016 Ready-to-Wear Collection. The spacious, well-lit location showcased the collection to its ultimate potential – the bright colours contrasted with the clean white lines and as a result the set was remarkably visually satisfying. Consisting of check-in desks, airport seats and ‘Porte No 5’, the show was meticulously executed, with focus on every last detail. 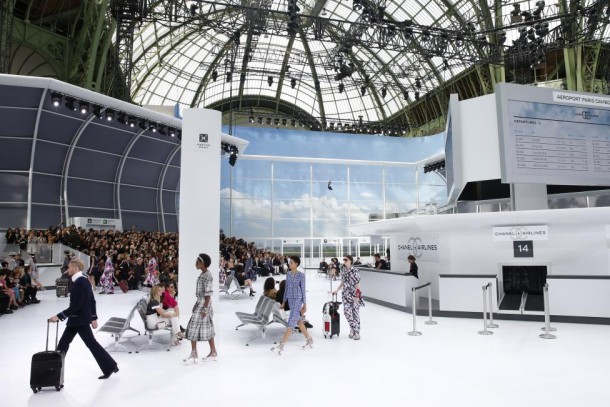 The airline theme has been previously explored by Lagerfeld, in his Spring 2012 Couture show, where guests where invited into a customised airbus replica and models walked down the aisles. Lagerfeld often creatively advertises the luxury brand through a mundane setting. From supermarket trips to commutes, Chanel creates shows like no other, which the fashion world eagerly anticipate each season and just like the others, this show was no exception to Lagerfeld’s genius. 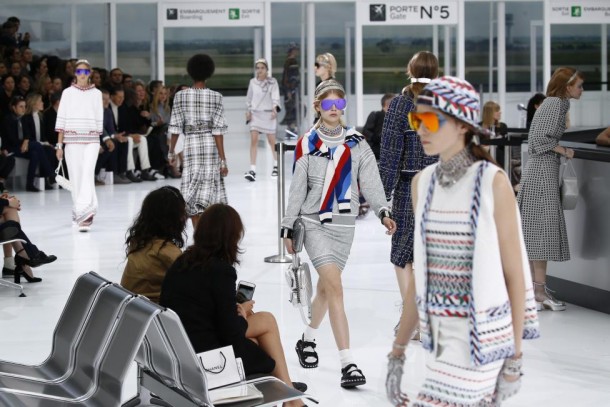 The collection itself was designed with travel in mind, but of course Chanel did not hold back on the luxury. Roomy trousers and boxy shirts dominated the runway, yet Lagerfeld also dressed the models in tweed suits, caped skirts and metallic heels. Oversized aviators in fluorescent colours masked the faces of the models, perhaps representing the need to hide tired eyes after long flights! 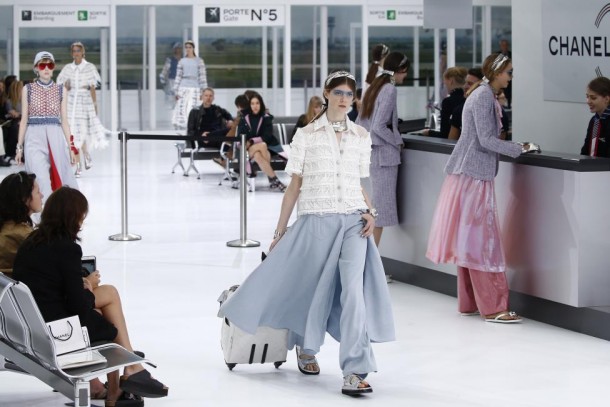 Rather than simply walking, the models milled around speaking to check-in staff and looking at a departure board which boasted the destinations of Chanel’s latest shows. The luggage was just as chic as the clothes, with wheeled suitcases that were complete with the classic quilted finish. The collection also embraced the airport theme more literally, veering away from comfort and using commercial flying to show off shoes that lit up like flight path lights. 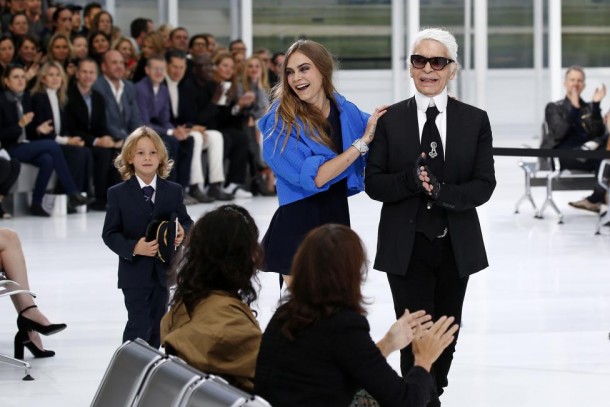 Kendall Jenner walked in the show, as expected, yet her best friend and a favourite of Lagerfeld himself, Cara Delevingne did not walk, further fuelling the speculation that she may indeed be taking a break from her modelling career. However, she did join Lagerfeld as he greeted the guests at the end of the show, strolling around with Hudson Kroenig, the fashion designer’s godson, in tow. 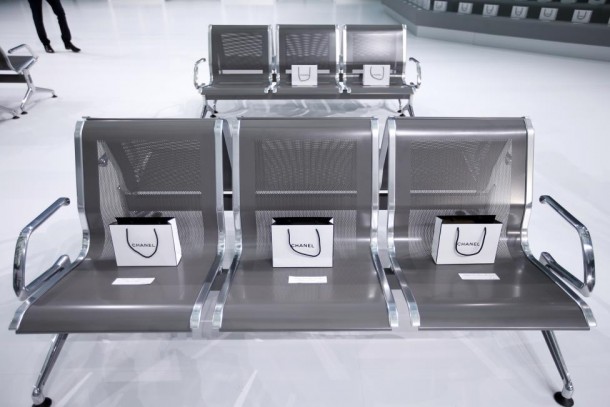 Guests included Mario Testino, Anna Wintour and Chanel’s Eyewear model Lily-Rose Depp. Each hard-backed seat was complete with a complimentary Chanel gift bag and guests watched on as pilots, flight attendants and passengers wheeled carts emblazoned with the Chanel logo around the airport, pausing to check in bags. 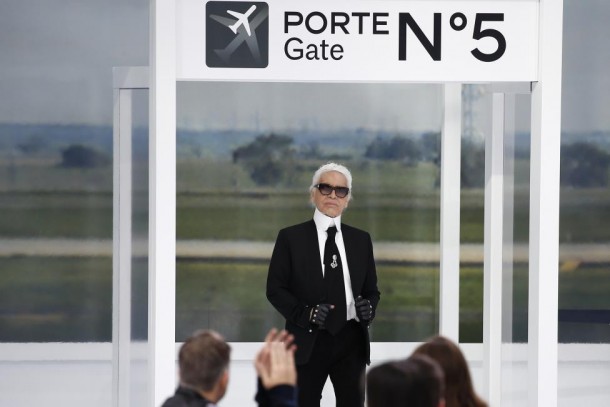 A show like no other, Chanel proves once again why it is a leading high fashion brand and remains timeless and iconic. Yet perhaps for Lagerfeld, who allegedly only flies private, this airport is a true representation yet the rest of us will bitterly lug our worn out suitcases through customs and hope that by some sheer luck we’ll be upgraded to first-class.