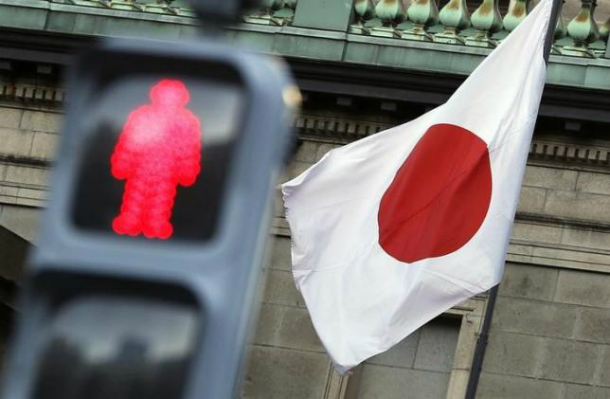 According to the recent news dated September 16, Standard & Poor’s – the US ratings agency – downgrades Japan’s sovereign credit rating subtracting it the “double A”. To tell the truth, nothing is entirely surprising given the actual Japanese economic situation. In addition, since markets have already seen Moody’s and Fitch lower their long-term credit ratings for the Country over the past year, it would be quite predictable. Facts though have always more impact than mere forecasts.

Downgrading its credit rating for Japan from AA- to A+, S&P’s expresses doubts about Abenomics, that is the economic policy promoted by Prime Minister Shinzo Abe’s government. Abenomics is a three-pronged approach that Abe refers to as his “three arrows”, which represent fiscal stimulus, monetary easing and structural reforms. Despite the Bank of Japan’s monetary easing measures, inflation in the economy continues to be considerable. Just think about the fact that the inflation rate was recorded at 0.20% in July 2015, down from 2.3% in March 2015.

Clearly, these arrows result to be unable to effectively help the debt-oppressed Japanese economy, given that Abenomics has already been at work for the past three years. The economy still remains weak and public debt increases inexorably (the International Monetary Fund estimates public debt will increase even to 247% of gross domestic product next year). 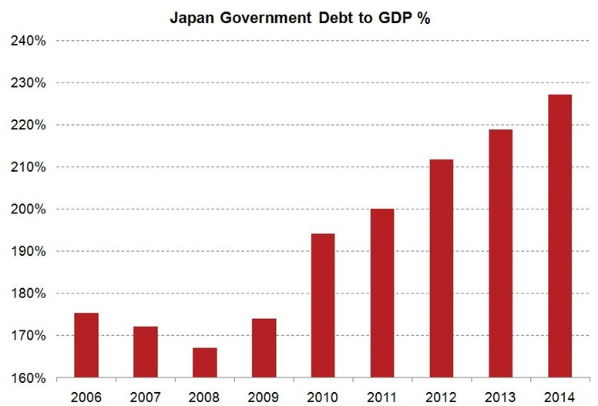 This is exactly why S&P’s pointed to weak economic growth in Japan by saying:

Despite showing initial promise, we believe that the government’s economic revival strategy – dubbed ‘Abenomics’ – will not be able to reverse this deterioration in the next two to three years.

Since Japan is now rated lower than China and South Korea, namely two of its main economic rivals, humiliation for Abe is stinging. South Korea was lifted one level to AA-, with S&P stressing the nation’s sound fiscal position and relatively strong economic performance. Moreover, with S&P lowering its credibility rating, US multinationals having a good presence in Japan – such as Google, Microsoft and Morgan Stanley – may receive warning signals. In general, investors in Japanese exchange-traded funds (ETFs) would not trust their holdings any more, negatively affecting the economy further.

Japan’s problems are amassing and becoming a quite complicated issue to solve, entailing inflation to be near zero, the economy contracting last quarter and debt rising as the population ages. Despite the economic weaknesses’ presence, now Tokyo is focusing mainly on politics matters, with the National Diet discussing on new laws about security while massive protest movements see people taking to the streets. Once this awkward parliamentary issue will be filed, the government promises to concentrate on economy.