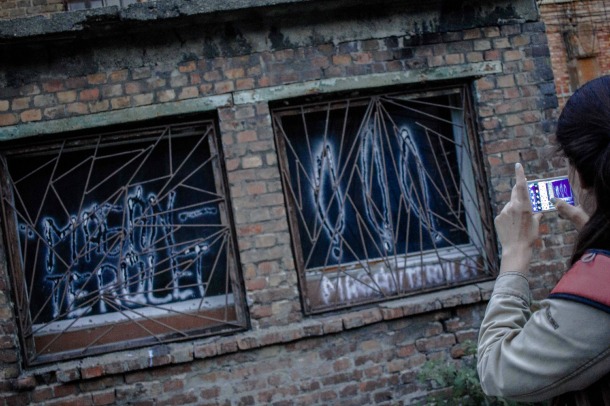 Imagine that you have lived in a city for ages, and someone (from abroad) shows you a surprisingly different face of the place. You explore the new location with unknown people, letting yourself enjoy spontaneous actions happening on the way. At the same time, you feel the surroundings more deeply while listening to the sounds and stories of the location.

Sunset at the factory area of Budapest, rehearsal rooms for music bands in a II. World War bunker, air-changing system functioning with bicycle power, signs on the walls drawing attention to the danger of bombing attacks. 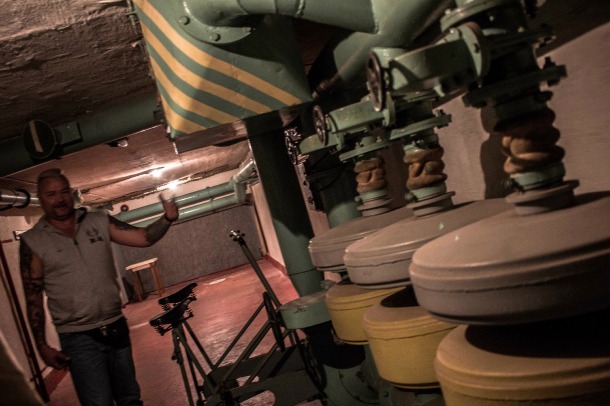 A psychogeographically influenced trip started at the entrance of the factory, and in the meantime we received an additional tour guide (a famous Hungarian band’s bass player, who is the owner of the bunker rehearsal rooms). We finished the trip in their tour bus, driving around the nightlife of the area.

True story… It happened just a few weeks before during the Mapping Budapest workshop, organised in the frames of an urban festival in the Hungarian capital. This was the time I got to know the enthusiastic UK artist, Jessica Dolby. Her practice explores psychogeography, maps & the psyche, and she uses drawing as a tool to investigate walking, place and site.

How would you describe psychogeography?

Psychogeography is “a whole toy box full of playful, inventive strategies for exploring cities. Just about anything that takes pedestrians off their predictable paths and jolts them into a new awareness of the urban landscape.” This is how Guy Debord explained the term in 1955, but even 60 years later I like the definition. 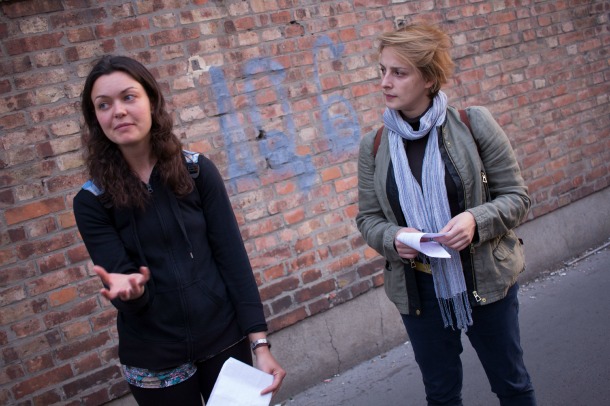 Why did you start working with this method?

In some way, I was already acting on the concept without even being aware. Psychogeography seems to expand into many areas of life, and I feel that the concept is relevant today – maybe even becoming more relevant as we step deeper into our post/capitalist society. Although I’ve been focusing my work on psychogeography for the past two years, I feel like I’m just scratching the surface. For me, it is just one facet feeding into politics, sociology, anthropology, human & economic geography, philosophy and many other areas…and that is a fascinating tool for people to expand their thoughts and knowledge.

You are often placing drawings and installations on the streets. How is your artistic approach connected to psychogeography?

My practice and psychogeography met accidentally, and I think they seem to combine well. Although I don’t totally disregard traditional methods of creating and exhibiting “art”, I do have a strong interest and belief that these methods need to be challenged. Sometimes I wonder if a gallery needs to exist, and why? With my drawings placed outside, I feel like I’m interacting with space that perhaps at times we take for granted: the streets. I want to make things that enable conversations to happen, discussions to take place and people to actually engage with things. Psychogeography seems to be a good “hook” for introducing people to this way of thinking and engaging. 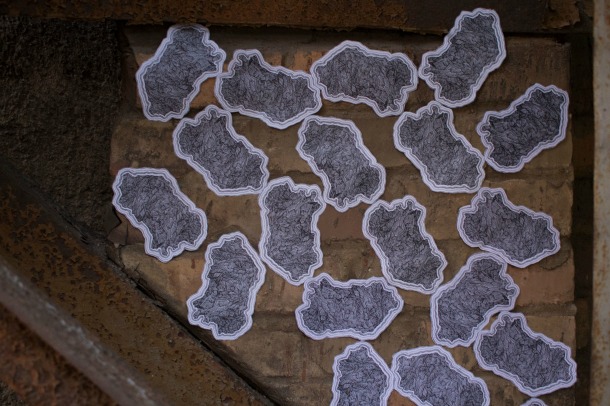 Hungary maps on the wall – made by Jessica Dolby (Photo: Beatrix Szilveszter)

Who can be the target group of psychogeography?

It can appeal to a wide range of people, who may have never otherwise met before, who can actually begin to work together and collaborate for creating a subjective archive. Because we as humans aren’t data, we aren’t statistics, we have emotions and psychology.

How can you compare using this tool in different countries?

Psychogeography has seemingly become more and more popular in Britain. Still, it is a world-wide activity. Cities are made up of so many different stories and memories, and the histories we are told are only one side to this multi-faceted coin. Psychogeography allows people to remember that the city is a public place, with potential for protest and change. 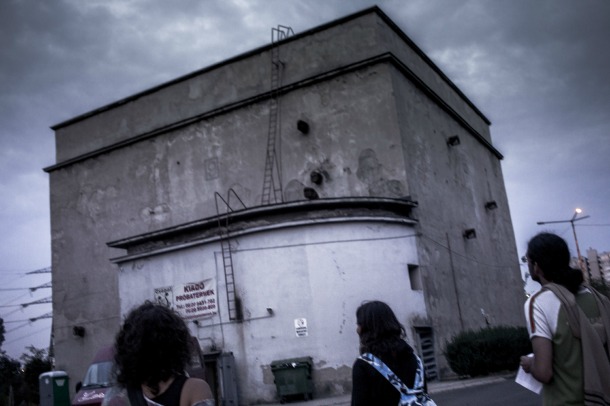 Why do you call it an emotional way of exploring cities?

Places can provoke emotions: even if you have been there before or if you haven’t. Locations have atmospheres around them, and these can be enhanced or changed depending on our own experience and interpretation of them. If you go back to where you lived as a child, then you undoubtedly will have a connection to that place. For example, perhaps if it was by the sea, then going somewhere with a similar landscape will trigger these memories for you. These triggers can be anything from a particular sign, the smell of lavender or a street name. I find it fascinating how our mind and memory works. I liken it to nostalgia, which in itself can either be a joyful or uncomfortable emotion.

Which direction is psychogeorgaphy going in general and in your own life?

I can’t predict the future…but I think my interest will always remain, even if my practice develops into different areas. I hope psychogeography doesn’t become too “fashionable” and then at risk of becoming a commodity. I would like my workshops to enable a horizontal method of learning and sharing information, and inspire others to start their own walks and take actions themselves.