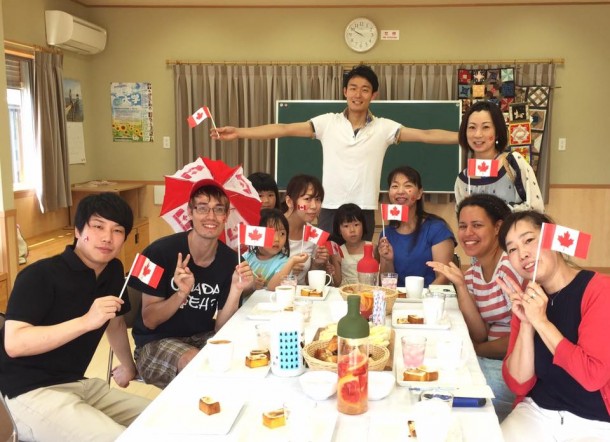 Grow Abroad: an Inspirational Interview with an English Teacher Overseas

These days many adults in their early 20’s are jumping aboard planes and moving to foreign countries to teach English. For a man or woman who has recently graduated from college this experience can be daunting, but it can also be life changing. Jeffrey Wong is a current English teacher abroad who is able to give encouragement and inspiration to anyone considering teaching English in a different country. Having previously taught in Porvenir, Chile with English Opens Doors, Jeffery is now teaching in Kochi City, Japan with the Japanese Exchange and Teaching (JET) Programme.

What was your greatest fear about going abroad to live and work?

Jeffrey Wong: (It) was experiencing the potentially dangerous Molotov cocktail of depression known as culture shock and language barrier. I know that living in another country means conforming to certain social norms or customs that might not exist in one`s own country. So dealing with that is always stressful. On top of that, if you don`t have the linguistic tools necessary to convey these facts when dealing with culture shock it can make the situation even worse. When, I taught in Chile, the language barrier was less of an issue since I had taken Spanish in university. However, in Japan, I decided to try the `Sink or Swim Immersion Language Learning Approach` where you don`t learn the language of the country that is soon to become your new home and only try to learn the language once you get there, by being constantly in an environment where it is spoken. In other words, I went to Japan, `Cold Turkey` when it came to my Japanese Language abilities.

How did (those fears) compare to what you actually experienced?

JW: The first few days in Japan were horrible, as expected, fighting off the demoralizing effects of culture shock and a language barrier proved to be a daunting task. It also did not help that I had to deal with volatile weather in the form of a typhoon and intense heat and humidity and jet-lag. After the first few days however, I felt comfortable living in this new country. I am someone who is extremely resourceful and good at adapting to new environments. Usually, it requires only one event or small thing for me to get my bearings. In Chile, it was learning the national dance called Cueca. In Japan, it was learning another dance, this one called Yosakoi. Now, even though I still struggle with the language, I feel extremely at ease living in Japan.

What was the most challenging thing you experienced?

JW: (It) was dealing with Japanese bureaucracy. Every country has its own level of bureaucracy, but sometimes I feel like Japan is the worst. In order for me to get time off or participate in a special event such as an English Camp, teaching English in a summer camp environment, it has to be approved by the Board of Education where I work. Many times, my request for time off or to participate in an English Camp has been denied due to some ad hoc reason. Over time, I have come to realize that I need to pick my battles carefully, because there is always a chance that I will lose and whatever happens don`t get discouraged and recognize that life goes on.

Looking back, are you thankful for this challenge?

JW: I am thankful that I was given this challenge. I now have a better understanding of which requests I can make and which I should avoid. It also has heightened my resolve and made me a stronger person because of it. Furthermore, while I recognize that it was extremely frustrating at times, if I had not experienced it early on, I think it would have come back to bite me and possibly even derailed my attempts at adapting to living in a new country. I would have felt like I was getting my bearings when all of a sudden I was hit with a bureaucratic slap in the face. I`m not sure if I would be have been able to react appropriately in that situation.

What was something you learned about yourself while working abroad?

JW: Something that I have learned about myself while working abroad is that I am extremely perseverant and don`t give up easily. Teaching English in Japanese high schools can be hit or miss. Some days it goes really well and others not so much. Again, this has to with the fact that there are external factors that are beyond our control.

Can you give readers an example of these external factors they may face?

JW: (For instance) maybe you`ve prepared this amazing lesson which on paper has `best lesson of the year` written all over it. Once you get in the classroom however, the entire lesson goes awry. Regardless of all the preparation you put into a lesson, it can all go to waste if the students are unmotivated to learn due to it being the last class of the day, they just survived a physically grueling gym class, some traumatic event happened the night before to name a few. At the schools I teach, the students are not motivated at all having decided before even graduating that they will be farmers and engineers which for them means not needing to learn any English. Despite this, I try my best to find ways to make English both fun and instructive.

Did teaching English abroad inspire you to do or be something?

How do you think living abroad has affected your perspective of the world?

JW: I`’ve always considered myself a pretty open-minded person, but I think living abroad can quickly change that. It`s easy to fall into the trap of comparing countries which I think is doing a big disservice to the diversity that exists around the world. Each country has its own cultural, social and linguistic identity that you need to embrace in order to feel good about living there.

In what ways do you think this changed perspective has helped you or made you a better person?

JW: I think this changed perspective, recognizing that each country is a salient entity with its own culture, social mores and language, makes you a less combative and angry person. Rather than decry the differences that exist between countries you embrace them. You are open-minded to different ideas and are an advocate for diversity. I think overall, it just makes you better person who will not rush to judgments and is more prone to trying to understand a situation or a person than be confrontational and judgmental.

If someone was hesitating about going abroad to teach English, what is something you would say to encourage them to go?

JW: I would tell them not to solely see it as either teaching or visiting another country. If they want to teach there are opportunities to do so in their own country. If they want to travel, they don`t need to do so under the pretext of teaching. Teaching abroad is an experience that allows you to learn about yourself and about the country and the people you are teaching to. It`s a rollercoaster ride of emotions that will test your resolve but also strengthen it. It`s an opportunity to have unforgettable experiences, meet amazing people and become encouraged to try new things. Who knows where teaching abroad will take you, it`s taken me places I did not expect such as to Naoshima, a Japanese island known for its art and also its amazing English teaching program, and even though there are bad days, each morning I wake up, I feel like I`m riding a wave of euphoria as I prepare for another day of teaching English in my new home and whatever other adventures the day has in store for me