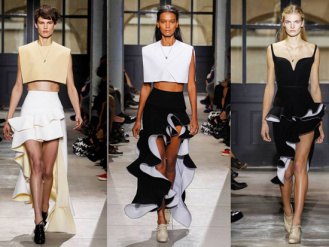 The Influence of Spanish Art in Fashion

Fashion designers and artists have collaborated to create remarkable pieces that illuminate the connection between the forma of expression. Spain is a unique country for its rich synergy between fashion and art. Designers with lasting legacies like Coco Chanel and Cristobal Balenciaga found inspiration in the works of artists who broke boundaries through the creative liberation they had as Spaniards. Designer Cristobal Balenciaga says the Spanish painters encouragement of creativity in your imagination allowed him to formalize his designs. 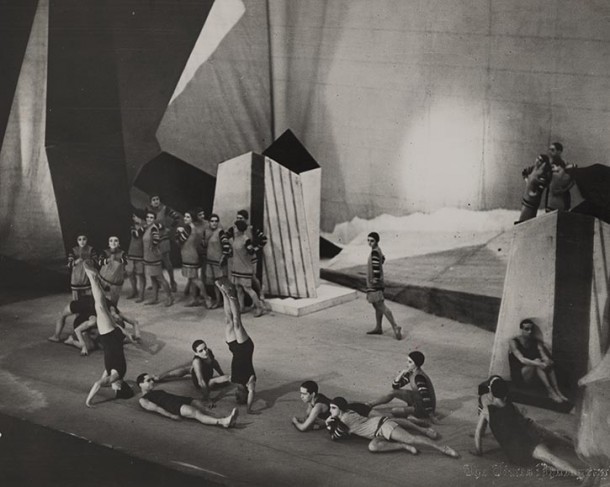 Costumes by Coco Chanel and curtain by Pablo Picasso. Image via: theredlist.com

The famous Spanish painter Pablo Picasso worked with designer Coco Chanel in 1924 for a groundbreaking collaboration. The two icons designed the set and costumes for “Let Train Bleu,” a ballet directed by the French writer Jean Cocteau. The modern freshness of Chanel’s costumes broke the antedeluvian mold of hyper-fitted corsetry draped in rigid fabrics. In her designs, ballerinas reflected her redefined aesthetic in softened silhouettes which moved naturally with the body. The ingenuity of Chanel’s original fashions was as radical as Picasso’s cubism which challenged the realism in painting and expressed an impressionistic view with geometric shapes. Picasso’s impressionistic set of large simple natural features balanced the lithe dance in an impeccably nouveau take on expressions coming together in the form of fashion and art.

The mutual respect between the innovators flourished further by inspiring one of Picasso’s later paintings “Fascinated by Chanel’s revolutionary effect on the way women looked and behaved, Picasso did a fine, small painting of three bathing-suited girls — each fiddling with their hair — on the beach below Palace Hotel. This is the first of countless bather compositions in Picasso’s work,” says his biographer John Richardson. 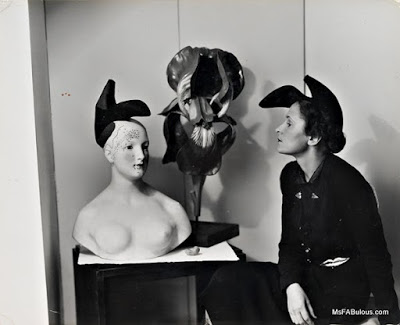 Coco Chanel also worked with the father of surrealism, Salvador Dalí, in the 1920s but Dali only produced fashion designs with Chanel’s competitor, the vanguard designer Elsa Schiaparelli. The Italian Schiaparelli was intrigued by the bizarre and whimsical works by the Catalonian painter.  Her famed shoe hat was an ode to the artist’s eccentric photograph of his wife balancing slippers on her head. 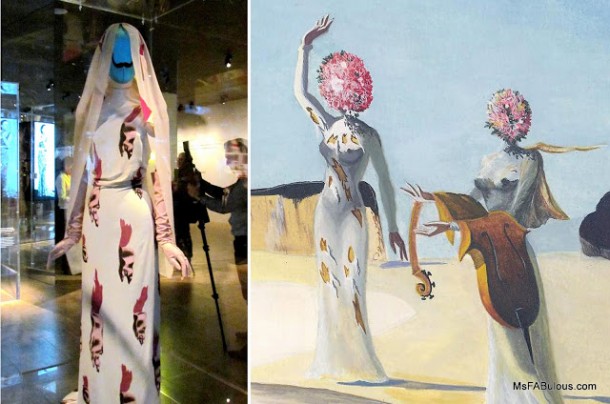 Schiaparelli and Dali, The Tear’s Dress and inspiration | Image via: msfabulous.com

In 1937 the pair designed a “lobster dress,” inspired by Dali’s “dream of New York- man finds lobster instead of painting phone,” in which he referenced the Spanish dictator Francisco Franco through his avant-garde style. The dress was printed silk organza in a creme color with a thick red waist-piece and a large lobster with details of synthetic horsehair. A greater reflection of Dali’s surrealistic style is visible in the 1938 “Tear’s Dress” which was a creme silk evening gown adorned with magenta rips and tears. Many of his paintings at the time showed people with cut flesh and savagely ripped tight clothing which inspired such raw and animalistic designs. 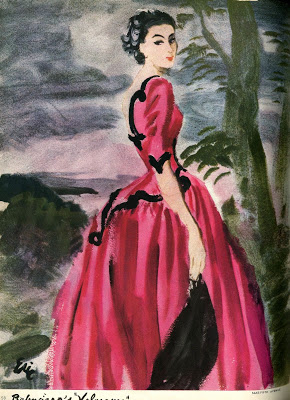 In addition, the Spanish designer, Cristobal Balenciaga, studied Baroque Spanish painters which inspired his primary collection in Paris where he unveiled “the Infanta Dress.” This crown jewel of his premiere haute couture collection held the opulence and rich fabric to match the painting by Diego Velasquez of the Infanta Margarita in ”Las Meninas.” 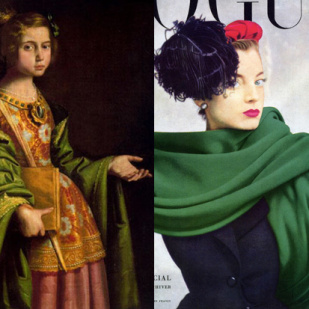 He also was influenced by the art of Spanish royal court painter Francisco de Zurbarán.  The world famous works of Francisco de Goya who depicted the Spanish aristocracy of the late XVIII century were important pieces as well. The fabrics in these Spanish influenced collections were blooming with romantic jewel-toned hues and elaborate dresses.

The impressionist Edouard Manet also was a muse for Balenciaga. The soft pastels and smooth backgrounds of his art created an ambiance of serenity for the designs of Balenciaga. 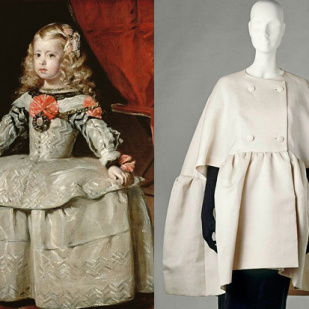 The global dimension of brands such as Balenciaga, Proenza Schouler, and Prada display the power of their heritage outside the Spanish border. The elegance and rich color palette of a painting by Velázquez is brought to life by Balenciaga designs. Besides the  modern cubism of Picasso, Balenciaga’s collection pieces reflect the elaborate creative style of the modern era. The global power of the Spanish culture continues to influence the fashion industry even today. The crossbreeding of art and fashion are an infusion of two similar but different aspects of creative expression that continue to draw attention and admiration especially in the realm of innovation.