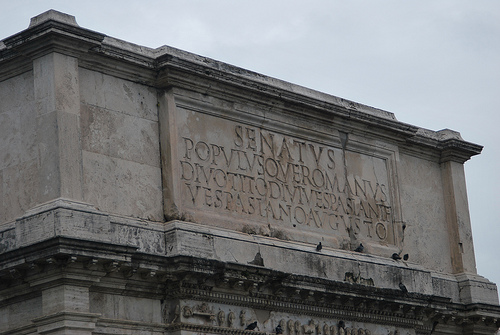 The Italian government is carrying on an important constitutional reform:  a huge change of the parliamentary system. The reform, strongly wanted by Matteo Renzi, concerns “the abolition” of Italian Senate.

Actually for a long time there is the need to change this parliamentary system because it is judged too slow for passing laws; “it is time to overcome the bicameral system”.

Furthermore the members of Parliament are too many (more than 900) and the public opinion is looking forward a reform which can reduce this huge number of politicians.

So that Matteo Renzi is extremely sure that it is essential changing the Senate and its activities in order to have a better democratic system. Indeed this constitutional reform considers a strong change for the second chamber.  At first the government have proposed the drop of senators: currently there are 315 senators and with this reform they should be only 100. It should be a great drop and a good solution to cut the famous political costs: but the reform is not appreciate by all the political parties.

Indeed there are some aspects of the reform which are disapproved: the new senate should be deprive of its parliamentary activities and power. The Senate become a “camera per le Autonomie”: it means “goodbye perfect bicameralism”.

The bulk of the legislature ends up in the hands of the House of Representatives; the new governments will gain trust in order to govern only by the Chamber. The Senate, or the new Camera per le Autonomie will vote only constitutional reforms and international or European treaties.

It should be a historical change, epochal for the Italian democracy because the structure of the republic is this one since 1948 that is the year of its birth.

But there is also another aspect of the reform very challenged by the opposition and by some media: the future senators and how they arrive at the polls of Palazzo Madama (Senate seat in Rome).

The reform proposes a solution very questionable: the Senate will be composed by delegates of the various regions of Italy (the number of delegates will be depending on the size of each region). Substantially the senators will no longer be elected by citizens but appointed by the presidents of the various regions. Actually this is the part most criticize and disputable.

To change the constitution it needs  the public approval through a referendum expected in June 2016: soon we will know if Italy have a new parliamentary system without Senate.