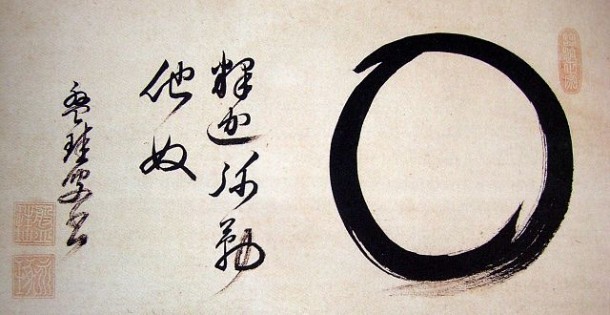 Beauty is a classically elusive, subjective concept, though its near impossibility to be pinpointed paradoxically allows the beholder to define it. One’s perception of the world is very much influenced by the surrounding itself as well as his mentality and outlook toward life.

In common western thought, thinking is being. The mind is not separate from the self. Such state of mind introduces emotions and predilections; the mind sees only what it wants to see. The concept of beauty invokes certain reactions from the individual, wherein lies the appeal. This applies to both physical and intangible beauty, or that which is visible to the eye and mind respectively.

The Beauty of Nothingness

Japanese aesthetics, which have deep roots in Zen Buddhism, embody the beauty of nothingness. This nothingness is not literal in that sense, but rather an all-encompassing term for the interplay of elements in the vast universe. This existential conundrum of infinity versus nothingness is represented by the ensou円相, or a circle.

To watch the sun sink behind a flower clad hill. To wander on in a huge forest without thought of return. To stand upon the shore and gaze after a boat that disappears behind distant islands. To contemplate the flight of wild geese seen and lost among the clouds…

Wabisabi is one of the highly abstract aesthetics that marks the imperfection, impermanence and incompleteness of the circle of life. It observes irregularity and appreciates the integrity and intrinsic nature of things, through phenomena such as the passing of autumn colours, the rise and fall of ocean waves, or a chip on an earthen cup.

This may seem to be difficult to grasp, but the actual sentiment is to not try to grasp anything, to grasp nothing. Let it wash over you, let it overwhelm you, for you are infinity, you are nothingness.

But do not ask me where I am going,

As I travel in this limitless world,

Where every step I take is my home.”

“If you are unable to find the truth right where you are, where else do you expect to find it?”