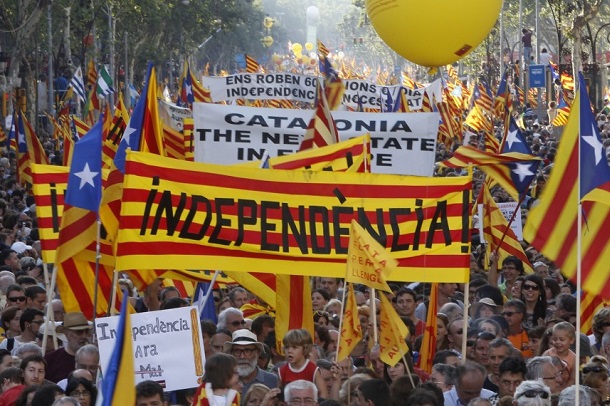 How Would Catalonia’s Independence Impact its Economy?

The secessionist movement in Catalonia is growing stronger and stronger after the election of its new regional president Mr. Carles Puidgement, but the international financial markets fear that the region´s efforts to pursue independence could destabilize Spain and the entire European economy.

In fact, on Friday January 15, the world-renowned rating agency Moody´s reacted to Mr. Puidgement´s election by downgrading Catalonia‘s outlook from “stable” to “negative”, following a similar decision by Fitch earlier in November, which downrated Catalonia to “Junk Bond” status.

The companies´ decisions reflect the increasing risk of fiscal consolidation problems, political tensions with Madrid “that could negatively affect the investment climate“ and a “slight risk” of the central government cutting liquidity to the region.

Financial experts have also stressed that Catalonia would be forced, at least temporarily, outside of the EU and that the likelihood of the region keeping the Euro is very slim. This would have significant ramifications on its imports and exports and many business would have to consider re-locating elsewhere in Spain in order to stay competitive on the international market.

Over the course of 2014 more than 1,000 companies decided to already move out of the region, according to data collected by the Circulo de Empresarios, an association which studies the Spanish economy and promotes local businesses.

Alberto Palatchi, the owner Pronovias, a bridal and party dress company based in Catalonia since its foundation 50 years ago, opened to Business Insider about his doubts concerning the region´s independence drive:

Despite his desire to remain in Catalonia “forever”, Mr. Palatchi said that in case of secession all options would have to be considered, since the region accounts only for 3.6 per cent of Pronovias’ sales, while the rest of Spain and the European market correspond to a much larger share. 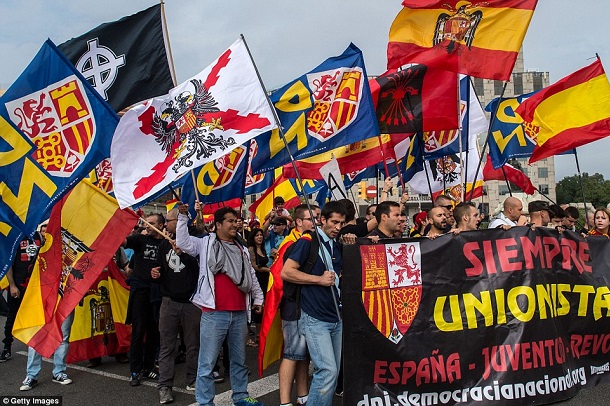 HOW WOULD SPAIN BE IMPACTED?

The Spanish economy would also suffer greatly from Catalonia´s separation if it came to it, since the northeastern region represents about 20% of the entire nation´s GPD.

But the most critical issue of these hypothetical independence talks would have to be how much of the Spanish national debt the region would need to take on when exiting the national economy.

If Spain were to bargain for Catalonia to take 19% of the public debt, that is to say the same proportion that the region contributes to the government in terms of GPD, Madrid could relieve itself of a major burden, while Barcelona´s expectations of economic expansion would struggle.

However, if the debt reallocation were to match the population figure (16%) or the current national expenditure on the region (11%), then Spain’s debt-to-GDP ratio could quickly become unsustainable, especially if interest rates were to rise.

But the worst case scenario would manifest if the Catalonia independence were to happen under hostile conditions, meaning if the national government refused to reach any type of debt transfer agreement. In this situation, Spain´s debt-to-GDP ratio would likely explode to a whopping 125%, plunging the economy into chaos.