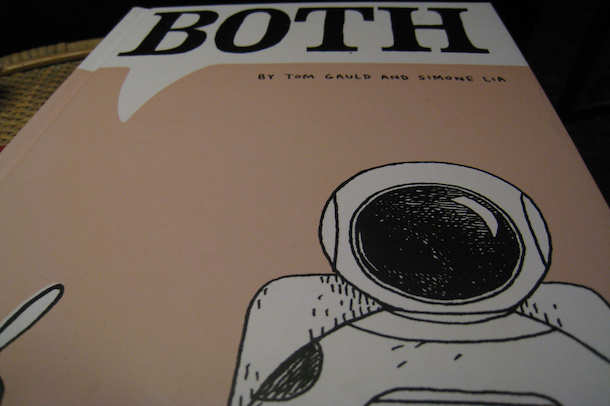 Since its beginning, the world of cartoons and illustrations has always attracted people of any age, at any time and in any place. Sometimes it is a colourful and attractive world, full of incredible heroes and heroines who fight against the supreme evil, some other times there is a terrible mystery to be solved or a love story which risks a painful ending. What links together all the different styles of these forms of representation and art are an engaging story or situation and a distinguishing drawing. Tom Gauld, Scottish cartoonist and illustrator based in London, achieved exactly this through a mix of English humour, memorable drawings, colours and simplicity, which appear to be the ingredients of his success. He tells us about his works, creativity and what inspires him.

How did you begin to draw cartoons and illustrations?

Tom Gauld: I have loved to draw since I was tiny. Then I went on to study illustration at Edinburgh College of Art. While I was there I got really inspired by cartoonists like Chris Ware and Dan Clowes who at the time were making really interesting comics. I liked the idea of making cartoons where I wrote the text as well as drawing the pictures and went on to study at the Royal College of Art, where I planned to make more comics. I met a fellow student called Simone Lia and we started publishing comic books with our imprint Cabanon Press. When we left college we made more comics together and I also started working for newspapers and magazines.

What does inspire you the most?

I have noticed that my ideas are often kick-started by one of two things: a looming deadline which terrifies me into pulling myself together and doing something, or taking a break, forgetting about work altogether and going for a walk or something, where an idea will start to form in my mind. They are sort of opposites but both work in their own ways.

Books, movies and exhibitions often inspire me. My next book, Mooncop, out later this year, is inspired by science fiction films I saw as a child and I have an idea for new story which was sparked off by a painting I saw in a book.

What is it your favourite work or project? And the most successful?

Both of those are quite difficult to answer.

I’ve enjoyed lots of my projects and it is hard to pick a favourite. I found working on my most recent project Endless Journey very interesting. It was a ‘myriorama’ commissioned by The Laurence Sterne Museum. It is a set of twelve cards which, when laid next to each other, make up a landscape. The cards can be laid in any order so there are more than 400 million possible landscapes. It had lots of interesting challenges for me and it was fun to work in a new form.

Most successful is tricky to define. I’ve done illustrations for adverts which paid a lot of money, but don’t mean that much to me. I am much more proud of my graphic novel Goliath and the fact that it has been translated into eight languages. It was hard work to make, but in the end I think it turned out well and I am very happy that it has been popular. 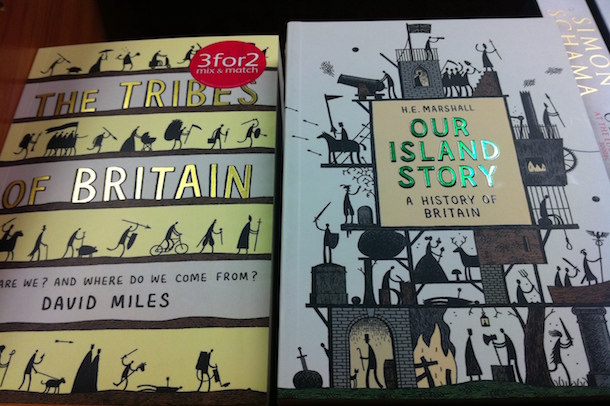 Among your works, some are based on literature and on the creative process of writers. Are you attracted by the world of writing and literature?

The section of the Guardian where my weekly cartoons appear is the arts and books section so a lot of the cartoons relate to literature, but also I like to read a lot so it inspires me. The creative process depicted in the cartoons is based around my own creative process: I don’t think that writing a novel is hugely different from making cartoons and comic books. Having said that, I think I’d find it very hard to write a novel. I still feel more at home with the drawing side of my work than with the writing side.

Is it difficult to live as a cartoonist today?

It is difficult for many cartoonists today. I am lucky in that I have two weekly cartooning jobs (for the Guardian and New Scientist) which give me a regular income. I also make more commercial illustrations for other people’s texts: book covers, magazine articles, adverts etc which also helps. I am always very impressed by cartoonists who make a living entirely from doing graphic novels, or their own work.

Tom Gauld is a cartoonist and illustrator from Northern Scotland who now lives and works in London. His first work, First, was published in 2001, in collaboration with Simone Lia and in 2013 Tom published You’re All Just Jealous of My Jetpack. He regularly contributes for the Guardian and New Scientist.