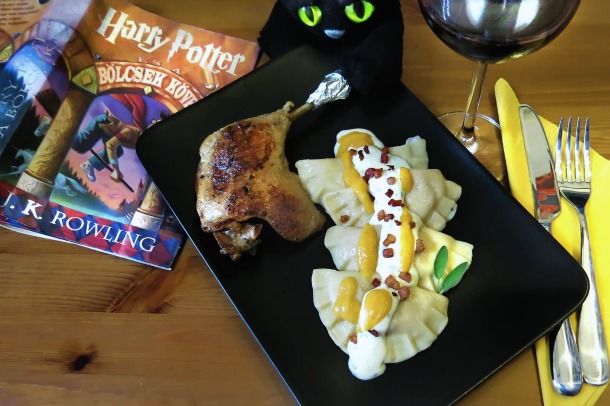 Our Favourite Books Served on Plates

As soon as we enter the restaurant in the centre of Budapest, it seems like we arrived to the library of Hogwarts School of Witchcraft and Wizardry. Witch hats on the bookshelves, a giant toy spider climbing towards the ceiling, a broom lying next to the fireplace – we wouldn’t be surprised if a head started to talk to us out of the flames. During the evenings they light the candles, which set an even more magical atmosphere. 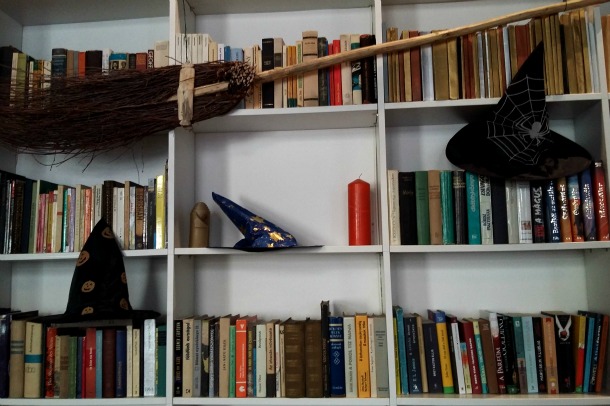 But the time of witches and wizards is soon over. The menu is changing every two weeks in the restaurant. Next week they are cooking the novel of a famous Hungarian writer, Jeno Rejto.

“The first page in the menu is always connected to a book: we offer a starter, a soup, two main dishes and a dessert. Besides that, there is also a traditional a la carte menu for our guests” – explained Ildiko Beky, one of the founders of Konyvbar. This week the menu is set up for Harry Potter and the Philosopher’s Stone. There is the opportunity to try the magic pumpkin cream soup, have a firs dinner in Hogwarts and order Bertie Bott’s Every Flavour pancakes with 10 different tastes from sushi to apple pie. And the drink offer is Hot Pumpkin juice and Snape’s Potion.

“A friend of ours is working in the book business and he suggested only one thing: we shouldn’t open this restaurant. He gave two reasons: on the one hand people are reading less and less nowadays, on the other hand the restaurant will slow down if everyone is just sitting around, checking the books. From his point of view, books and food is not a good  match” – told Ildiko about the very beginning.

Fortunately, other friends of Gabor Szalay and Ilidko Beky, the founders of the restaurant were on different opinion. Especially after the couple took part in the Restaurant Day six times in a row, opening their “restaurants” for one day. Guests arrived to their flat, and thanks to their cooking talent they soon reached full house.

“This is how we arrived to the idea to open the Konyvbar (Bookbar)” – continued Ildiko. “In the first round, I was thinking about the Pumpkin Pasties of Harry Potter and the honey cookies of Winnie the Pooh. Later on, during the brainstorming we already had several ideas for dishes based on different books.” 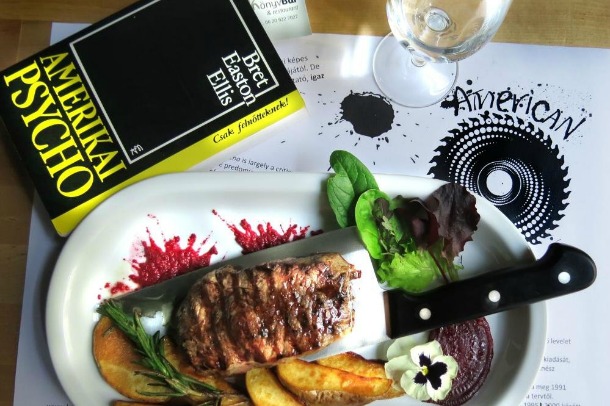 The second round: the soup

Finding the right place was not an easy job to do. Gabor was looking for spaces to rent for several days. In the end they opened the restaurant this January in the Jewish district of Budapest, which seems to be the perfect location for such a restaurant: the area has a buzzing cultural life and there are lots of tourists around.

“We wanted to create an atmosphere where people could feel like home” – told Ildiko about the interior design. “Our living room looks pretty much like this. We have several books, and white, grey and natural colours are dominant. Actually, we brought our home here.” 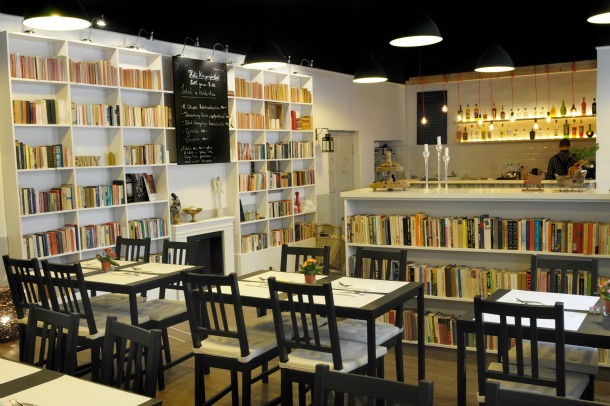 They pay attention to every little detail. It is an important aim to bring back the feeling connected to the books, not only the tastes and stories about them. Thus, decoration and serving are equally important. Snape’s Potion is served in a glass jar, the magic pumpkin cream soup has some special features on top. In addition, on the tables they have paper covers with quotes and pictures evoking the content of the book. 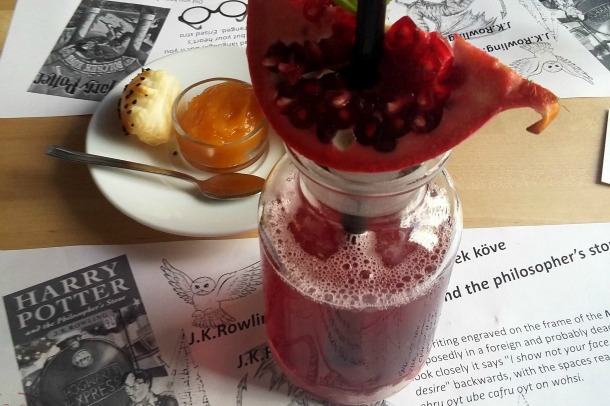 The most important part: the main dish

The books that they already “cooked” can be found in reality on a shelf at the restaurant and virtually on their website. They are trying to include Hungarian and world literature, well-known and less known authors, classic and modern books: they are trying to attract a wide audience.

“That’s all compulsory literature for me. I read the books, add lots of notes, think about the recipes that we try at home, and later on choose which ones we would like to include in the menu” – Ildiko explained the creative process. “Our daughter already complains that since the restaurant opened, she doesn’t get any normal food at home but she has to eat frog leg with cinnamon instead.”

The ideas are ready months before, but the order of the books is always changing. There are several challenges they have to face with such as explaining Hungarian literature to people from abroad. 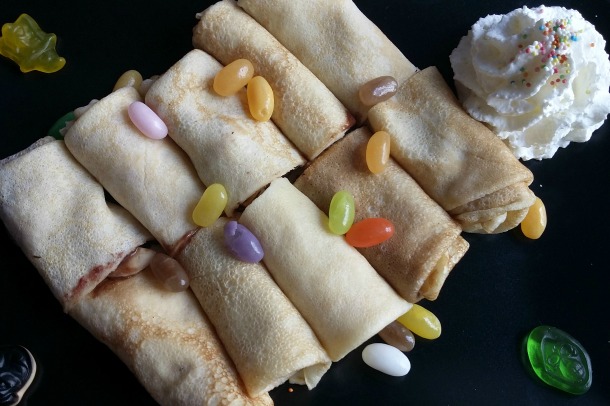 The dessert and the extras

“This is a cultural mission as well. We post the next book one and a half week in advance at our Facebook page so that everyone would have time to read or reread them. Lots of people like reading books, the last months gave back the hope” – said Ildiko.

Hungarians and foreigners are equally fond of the Bookbar. In March, a gastro journalist from The New York Times was on vacation at Budapest with her husband. Not only she wrote an article in the well-known international newspaper, but she also came to eat at the restaurant three times during the week they spent here.

The founders are on the opinion that there might be a similar restaurant opening somewhere around the world during the next year. And what is their attitude towards this? “If it is not in Hungary, then go ahead, good luck with it! It is a huge effort and energy to think about the ideas, to cook them and so on… We have lots of work with this and we put our whole heart and soul into it.”

And in addition a big portion of creativity, humour and enthusiasm, which are much more difficult to copy than a good idea itself.