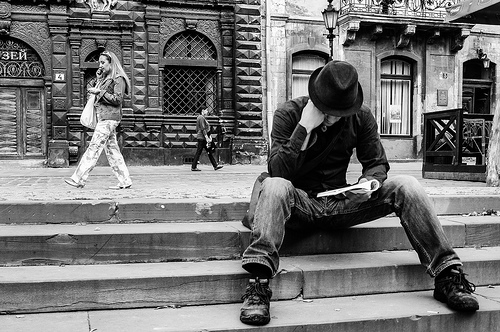 Reading Classics to Understand the Present

There are some books that are eternal, that are visionary and will be a masterpiece forever. Moreover, some of these books can help future generations to understand their present or to prevent some errors and disgraces. Here I chose four classic English novels which can help us to better understand our present time.

Orwell’s masterpiece is considered one of the major works in literature. Many authors have written utopian novels, but 1984, along with Brave New World, is probably the best known. Set in what Orwell considered his future, meaning 1984, the book tells the story of Winston, who tries to rebel and to escape from the Big Brother, the regime which controls everything and who subjects its citizen through hate and fear. Nothing of what Orwell described in the novel happened, however, we started to live in a world where almost all the time we are constantly watched or we are constantly connected. We also live pelted by media and controlled by them. And, unfortunately, sometimes we are guided by hate and fear instead of sympathy and love. From this visionary novel, we can learn how to escape from a spiral of hate and how to resist against mind-control. 1984 is a masterpiece that everyone should read at least once in a lifetime. 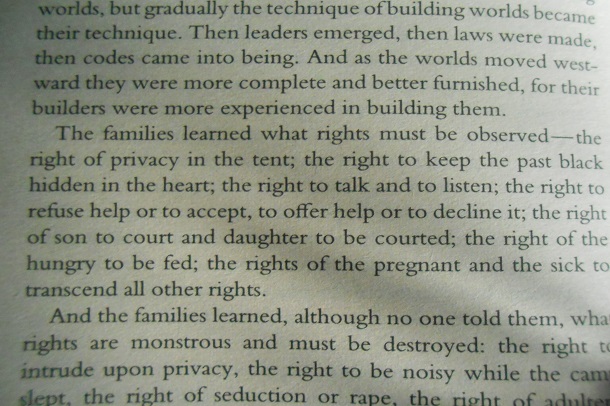 The Grapes of Wrath

John Steinbeck wrote The Grapes of Wrath in 1939 and it tells the story of the Joad family, who during the Great Depression travelled from Oklahoma to California facing discrimination (they are called Okies) and poverty. A part from the realism used to describe the life conditions of the poor families, Steinbeck powerfully portrayed also the first union movements, bound to Socialism, and especially the migrations of many families trapped in the Dust Bowl. Reading The Grapes of Wrath nowadays can help us to better understand migrants for economic reasons, plus it can open our eyes on how pointless and futile discriminations are and maybe, it can also help us to reconsider socialism and trade unions as an alternative to our destructive capitalism.

One of the many masterpieces by Charles Dickens, written in 1854 and set in an industrial city where the only thing that matters is facts. As in many of his novels, Dickens balanced facts, the strict life and education, with feelings and imagination and also in Hard Times the lack of feelings of the inhabitants of Coketown (the fake city where the novel is set) is balanced by the arrival of the Sleary’ Circus and of Sissy, a young girl who brings feelings and imagination in the family of the protagonists, Mr. Gradgrind and his children. At the same time, we follow the story of a poor worker, Stephen Blackpool, who works in the coke factory and is torn by his indecision on joining the union trade or not. Reading it today can help us to rethink the working conditions of the working class and the importance they have for our society. Moreover, Hard Times is a lesson for everyone on the importance of feelings, sympathy and imagination, which many of us forget nowadays.

A Room of One’s Own

The most known of Virginia Woolf’s pamphlets. Written in 1929, it is a fierce attack on the conditions of women and a defense of their possibilities and capacities. Celebrated by feminists, A Room of One’s Own has been considered an inspired vision on women and a book that shed light on the real opportunities of the fair sex. After ten years, Woolf wrote another pamphlet, even more keen and fierce, Three Guineas, on women, war and peace. Reading it together or only A Room of One’s Own, anyway it helps us to compare women’s conditions of the first years of 20th century with those of the beginning of the 21st century, discovering that we have still a lot to learn and a lot to fight against discriminations.

This is only a little selection of books that I have found helpful to understand the world around me. Nevertheless, the important thing is always to read and keep ourselves sympathetic with the others.