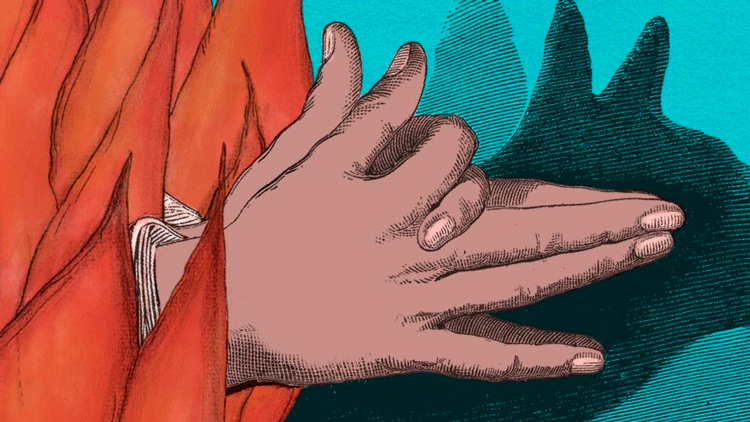 5 Reasons You Should Be Reading Weird Fiction

Though a genre that is discussed less frequently than more mainstream categories such as historical fiction or romance, weird fiction is hardly new, with its origin dating back to the mid-late 19th century. The genre began with writers like Edgar Allan Poe and H.P. Lovecraft, with the latter eventually coining the term “weird fiction,” which he described in his essay Supernatural Horror in Literature.

He stated that these stories possess a “certain atmosphere of breathless and unexplainable dread of outer, unknown forces” and “a hint, expressed with a seriousness and portentousness becoming its subject, of that most terrible conception of the human brain –  a malign and particular suspension or defeat of those fixed laws of Nature which are our only safeguard against the assaults of chaos and…of unplumbed space.” As a result, we cannot expect weird fiction to conform to conventional literary formatting or categorization.

The genre is my personal favorite, and here are 5 reasons why everyone should give it a try! 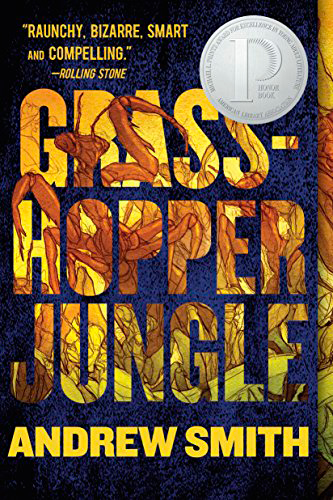 As I mentioned above, weird fiction is defined, in part, by its tendency to transcend genres. Literature that fall under this category are composed of an amalgam of horror, science fiction, fantasy, magical realism, and even realistic fiction, so you get a much more expansive and interesting reading experience. All of these different elements cement the unique status of these weird stories and make sure that they’re not only memorable, but capable of engaging fans of nearly every other literary genre.

One of my first experiences with this genre came in the form of Andrew Smith’s Grasshopper Jungle, a story I typically would not have picked up due to the focus on the titular bugs who wreak havoc on a town. However, the story combines this element of science fiction with LGBT+ themes and a coming of age story – not to mention the WTF factor of having these titular grasshoppers be humongous in stature – allowing me to look beyond this plot to what I found to be the much more engaging story of the two protagonists whose experience with these bugs allow them to cope with and come to terms with their changing identities.

2. The Genre Has Continued to Grow and Improve Over Time 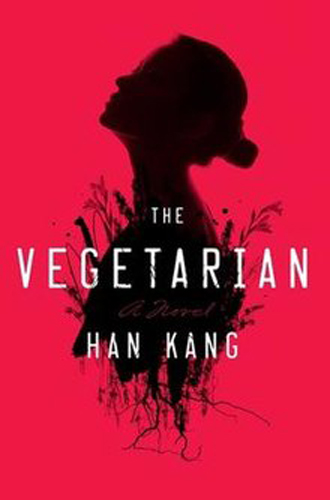 During its beginnings, the genre was comprised primarily of ghost stories or other macabre tales that contained just enough of a twist to make it “weird.” Over time the genre developed, with many science fiction pieces coming to fall under the category, the most notable, to me, being Harlan Ellison’s I Have No Mouth, And I Must Scream, a story that also contains horror and speculation about human nature and which still haunts me years after reading it for the first time.

More modernly, in the past decade or so, I have noticed an increase in truly weird fiction with the publication of books like Han Kang’s The Vegetarian, which details a woman’s descent into insanity against a backdrop of horror elements and descriptions of actions so out of the ordinary that they shoot past weird into bizarre. This book distances itself from the ghost story format of original weird fiction pieces, offering us something new through its examination of the human psyche and Asian culture while still harkening back to its parent material through the unease it invokes in readers.

3. You Never Know What to Expect 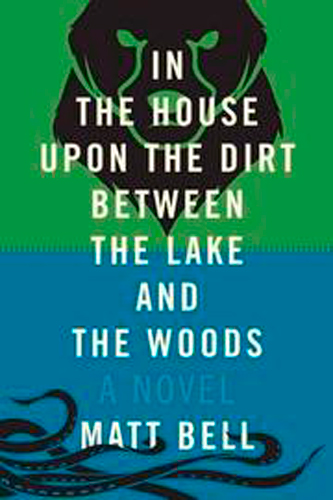 Because of the genre’s refusal to adhere to traditional categorization, the plot of these stories is almost impossible to predict, even with the story’s synopsis in mind. As a result, you’ll never find yourself bored or left disappointed by an ending or plot point that you long ago predicted.

This was my experience with Matt Bell’s In the House Upon the Dirt Between the Lake and the Woods. While the synopsis itself, the story of a man and his wife experiencing the struggles of marriage and childlessness, the latter of which uses magic to create the world around them. From this, I expected the magical feats pulled off by the wife. What I did not expect, however was what followed. *SPOILER ALERT* The husband swallows one of the miscarried fetuses and hears it speaking to him as it swims around inside of him for the remainder of the story.

It’s so outlandish that, even having read it, it seems like an impossible plot point. I’ve never read anything quite like it, and as soon as it happened – which was fairly early in the story – I was hooked. I couldn’t put the book down until I found out what happened next.

4. It Allows Creative Ways to Understand the World 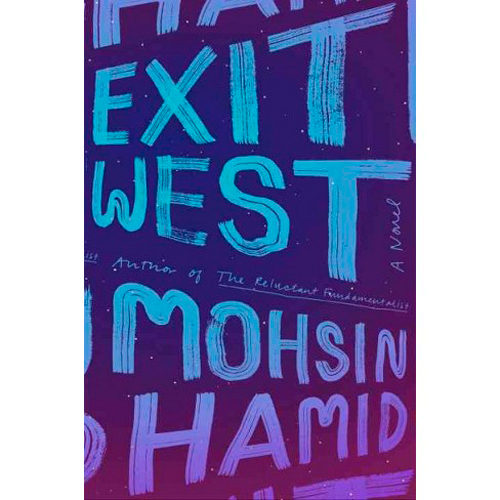 One of the most amazing aspects of literature is its ability to explore and comment on the world around us. Obvious examples include books such as those written by Toni Morrison which provide commentary on race, and novels by Khaled Hosseini which allude to the condition of Middle Eastern nations. Magical realism does this too, but often does so in a more creative way, a way which allows readers to understand their message through analogy, or a way that introduces this message more subtly so as to not overshadow the rest of the story.

This is the case for Mohsin Hamid’s Exit West, a book set in an unnamed Middle Eastern country that has faced war and is overrun with refugees. Once the situation there becomes too dangerous, the two protagonists flee. Their means of escape comes in the form of magical doors which have popped up all over the world, each leading from one country to another. The novel explores the plight and role of immigrants and refugees, and by having their journey be via magical door, Hamid erases the need to explain their journey and is instead able to focus more on the challenges of becoming integrated into their new societies – all while still showing the hardships of leaving one’s homeland through the lack of knowledge the story’s characters possess regarding their futures once they step through the doors.

5. There Are so Many Short Stories That Fall Under the Weird Fiction Category! 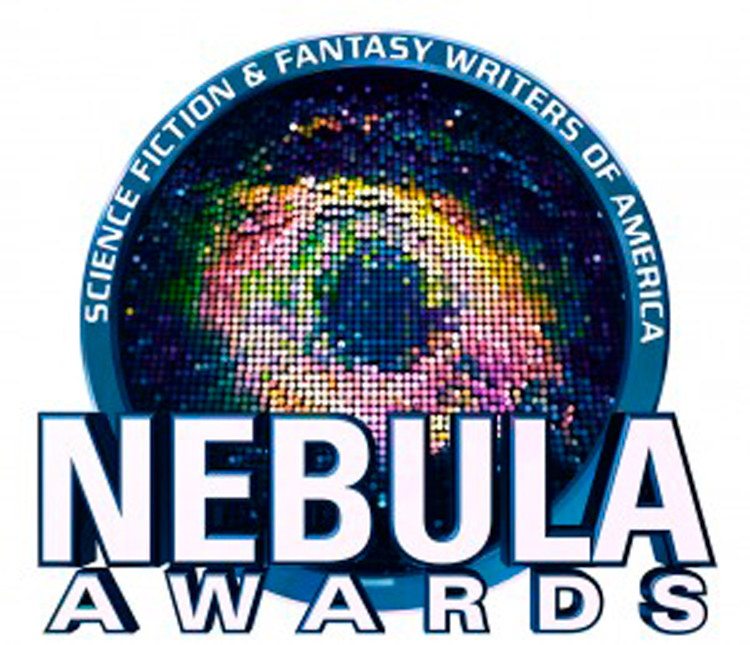 My personal favorite reading material are short story collections, a format I find works particularly well for weird fiction, making it especially fortunate that there are such a large number of them. It means that if you are short on time and don’t have time to read many novel length stories, or if you are looking to test out the genre without having to commit to finishing a whole book, these short stories would be perfect for you!

Some of my personal favorite collections are What Is Not Yours Is Not Yours by Helen Oyeyemi, Her Body and Other Parties by Carmen Maria Machado, What It Means When A Man Falls From the Sky by Lesley Nneka Arimah, The Paper Menagerie and Other Stories by Ken Liu, and At the Mouth of the River of Bees by Kij Johnson.

If you would rather look for standalone stories available for free online, I read all of the nominees for best short stories in the annual Nebula Awards, all of which are incredible and fall under the weird fiction category.