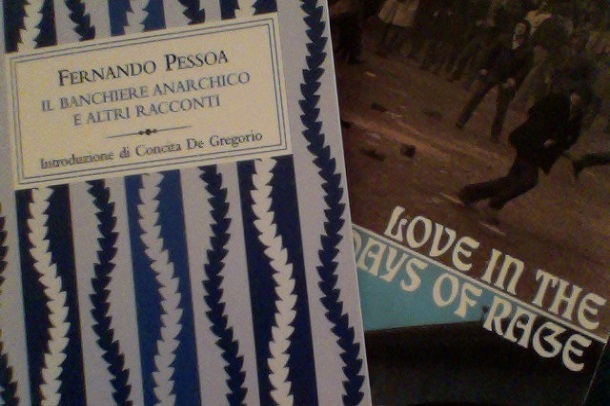 From Pessoa to Ferlinghetti

Everything can happen in the paper world of literature: Portugal can meet the US in a journey in space and time, an American who influenced the culture of his country since the 50s can travel in time to encounter a Portuguese of the early 20th century, born in 1888.  Imaginatively, this is what happened to two great writers of the previous century. The American author, poet and “time-traveller” is Lawrence Ferlinghetti, the beat writer, editor and founder of the celebrated City Lights Bookstore, which he opened in 1953 in San Francisco. The Portuguese is Fernando Pessoa, philosopher, translator, literary critic, publisher, and most of all the mysterious, controversial but extremely fascinating poet and writer who is considered as one of the most important and significant author of the 20th century and one of the greatest Portuguese poets.

At first, these two writers have nothing in common, they lived in different times and places and influenced and were influenced by different authors and circumstances, yet there is a beautiful and clear connection between the two. Ferlinghetti’s Love in the Days of Rage is dedicated to Pessoa:

for Fernando Pessoa whose Anarchist Banker prefigured mine

Tellingly, the dedication is introduced by the word “for”: Ferlinghetti’s short novel was not simply dedicated to Pessoa but it was written for Pessoa, strongly underlying the deep debt of one author to the other.

Pessoa published The Anarchist Banker in 1922. Structured as a dialogue between two friends, the conversation unfolds the story of the second interlocutor, the anarchist banker who, as a young man struggled to live according to the precepts of Anarchism and finally found the way to fulfil his desire, that is to say, to become a banker in order to free himself from the slavery of money and therefore live as an anarchist.

Love in the Days of Rage was published in 1988, the days of the title is 1968 and the rage is that of the students’ riots in Paris. Annie, a painter and teacher at the Beaux-Arts in Paris in the spring of 1968, meets Julian Mendes, the anarchist banker of Ferlinghetti, a Portuguese who experienced his first attempts of anarchism under the dictatorship of Salazar and who is later introduced to the secrets and principals of the economics and banking world without betraying his anarchist principles. 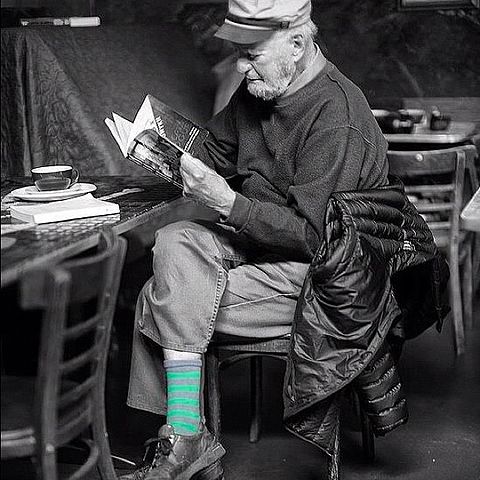 The character of Julian Mendes is built on the Anarchist Banker by Pessoa. Yet, this is not a mere copy/paste exercise or a direct influence of one author to another. And the key, again, can be found in the dedication by Ferlinghetti. Pessoa’s banker “prefigured” Ferlinghetti’s, this means that Julian Mendes couldn’t be any other character, the anarchist banker ideas and his overlap and perfectly coincide. Furthermore, as George Monteiro argues,

Undoubtedly, Pessoa’s story appealed to Ferlinghetti less as a source of new ideas than as a corroboration of some of his own. There must have been a shock of self-recognition in the self-portrait given by Pessoa’s anarchist banker, who insists that he is an anarchist who happens to be a banker and not a banker who happens to be an anarchist… In Pessoa’s tale Ferlinghetti not only discovered a text that he could rewrite to suit himself, but in Pessoa’s banker he might also have discovered an alter ego, a somewhat exaggerated version of himself … as an anarchist-businessman.

The ideas of the anarchist banker, of Julian Mendes and Ferlinghetti overlap blurring the boundaries of time and place, creating a literary continuum which starts in the early years of the 20th century in Portugal and travels through the Atlantic Ocean and through the century to reach the American Beat Generation.

The Anarchist Banker and Love in the Days of Rage are two great works of art and fiction and I hope you’ll enjoy them both for their strength and fascination, finding new links between the two.